Log in with Facebook
or
Wrong email address or username
Sign up
Already on BookLikes? Log in!
Incorrect verification code
Please, check your email, the code to access your BookLikes blog was sent to you already.
Enter code:
« Back Send
back to top
Search tags: read-in-2020 I have read Abigail Owen’s The Shadowcat Nation Series, The Svatura Series,The Fire’s Edge Series and now, The Inferno Rising Series. I even met her at the RWA Convention in Las Vegas. I’ve tried to find the photograph, but I have so many and did a bad job of organizing, so I am on the case…I will find it.

The Blood King is book II of the Inferno Rising Series and I am lovin’ every minute I am in their world. We have love and romance, danger and battles that have me flying the unfriendly skies, swooping, flipping, feeling the wind blowing through my hair, freezing, the feeling of freedom…well, everything has it’s good and bad. LOL

Saying Skylar is feisty is putting it politely. She doesn’t make it easy for anyone to get close to here but her sisters. They are Phoenix and they are highly desired for their abilities and because dragons believe whoever has a Phoenix will be high king.

Of course, I am looking for some romance…How about you? When Skylar meets Ladon Ormarr, the sparks start flying and never quit. I love how he ‘tames’ her. LOL Like that can be done. It won’t be easy , but they ride the rollercoaster of love to a happy ever after.

Maul, what can I say about Maul. Have you ever met a Hellhound? I love him!

Battles will be fought, lives will be lost. The battles are fierce, betrayal abounds, enemies become friends, new alliances are made, and their world becomes a better place. Saying a better place just popped into my head and I was going to change it, but seeing the place we live in now leaves me wanting, I’ll take fantasy land any day of the week.

I loved the haters to lovers premise, and the snarky banter, with sexual tension so thick you could cut it with a knife. BEWARE…it does get HOT.

I love that Abigail Owen has Skylar saying she had always wanted to fly with the Blue Angels. Now, as Sklyar watches the dragons in formation, she feels as if she is. I salute you Blues! They are very familiar to me. I love how she describes the dragons as moving together, like a flight of birds.

Well, this is the first time in a long time that I scrapped my notes and WINGED it. LOL

I voluntarily reviewed an ARC of The Blood King by Abigail Owen.

MY REVIEWS FOR ABIGAIL OWEN 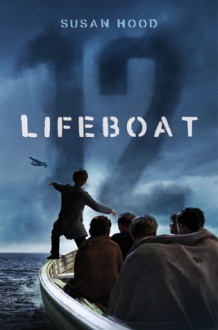 Harold opened the door that day to find a dark-skinned man in a well-cut suit smiling at him.

This book was okay. People start returning from the dead, not coming back from the grave, but just appearing in places all over the world. There is no pattern to where they appear or who returns, or how long they've been dead. So many of them come back that the "true living" get nervous. The returned are placed into camps and it just goes downhill from there (as we would expect). Imagine the religious objections, the people who don't accept those who are different, etc.
The book is well-written, but I found it just ok.