Log in with Facebook
or
Wrong email address or username
Sign up
Already on BookLikes? Log in!
Incorrect verification code
Please, check your email, the code to access your BookLikes blog was sent to you already.
Enter code:
« Back Send
back to top
Search tags: real-life Taiga gets excited when Yuiko asks if she can use his computer because hers is broken - it'll be her first time visiting Taiga's apartment, and they'll be alone together! However, the situation isn't quite what Taiga thinks it is. Also in this volume: Taiga continues the BL fanfic Yuiko asked him to write but has difficulty viewing the characters the same way she does; Taiga meets Yuiko's friends and is forced to go to a school uniform cafe with them; there's a new guy at Yuiko's workplace who she's nicknamed "Milan"; and Taiga feels conflicted about the way Yuiko views him.

Okay, wow, this volume was actually worse than the first one. There was a lot more going on, and as someone who has played dating sims and dealt with the difficulty of selecting decent BL manga based off of the cover art and description alone, I could relate to some of the things Yuiko talked about. Unfortunately, the series doubled down on Yuiko's inability to see, hear, or do anything without viewing it through a fujoshi lens.

Literally any time Taiga spoke to or was near another attractive guy, Yuiko mentally paired him up with that guy and then usually brought that pairing up with Taiga in a conversation, even though it clearly made him uncomfortable. Also, Taiga repeatedly told Yuiko that he wanted her to call him by his real name, and she repeatedly ignored him and continued to call  him Sebas.

I honestly don't think Yuiko viewed Taiga as a real person, and certainly not as her boyfriend. Instead, he was just a guy she could cast in different real-life BL fantasies. Near the end of the volume, Taiga asked Yuiko why none of her fantasies ever included herself, so she tried out a few options, including Yuiko x Sebas, and rejected them as not really doing much for her. When Taiga took offense, Yuiko claimed she was just kidding and said "I'm just not a fan of real person B.L." (144). That...sounded suspiciously like she'd just admitted that, in all her fantasies with Taiga and other men, Taiga and those men weren't real people. Taiga's complaints about Yuiko's habit of pairing him up with his best friend Kouji seemed to indicate that he at least unconsciously realized this, and yet he continued to let her steamroll over him.

While reading this, I found myself thinking of Wotakoi, a series that handles similar topics but usually in a better way (I'm not arguing it's perfect - it definitely has its own issues). Narumi and Hanako also occasionally squeal over fantasies of their boyfriends in BL situations, but their boyfriends tend to play along a bit (Kabakura with some embarrassment but still relatively willingly, and Nifuji willingly and with zero embarrassment), turning it into a form of roleplay. Also, these fantasies aren't the sole basis of their relationships with their boyfriends. The same doesn't really apply to Yuiko and Taiga.

At any rate, this series is actively unpleasant, and I'm glad I only own the first couple volumes. I don't plan to continue on from here.

Two full-color pages, an excerpt from Taiga's BL fanfic in three different styles (normal, literary, and text message), a couple more pages of Yuiko's fujoshi glossary, an afterword essay by Pentabu, and a short extra in which Taiga protested to Yuiko that he and Kouji really are friends and not whatever fujoshi fantasy Yuiko pictured them as. Taiga is a broke college student who really wants a "cool" part-time job, meaning something that pays well, is easy and close to college, and would involve working with cute female coworkers. When he spots a cute employee through the window of an apparel store advertising for a warehouse loading and unloading position, he jumps at the chance. He easily gets the job...and then spends the next few weeks struggling to even find moments to talk to Yuiko, the cute employee he spotted. When he does manage to talk to her, he can't always keep the conversation going, and he's worried that the summer is going to end before he has a chance to ask her out on a date.

Taiga does manage to get his chance, but his interactions with Yuiko are a bit odd. Why does she get so excited when she sees him in glasses? Why does it sometimes seem like they're talking about completely different things when they talk about manga? Before they started dating, Yuiko told him that she's a fujoshi, but what does that even mean?

I think I bought this, as well as the second volume, because I knew this series was going to be short (5 volumes total) and therefore less daunting. But that wasn't really a good excuse. I already knew what this series was based on - a popular blog in which Pentabu wrote about his relationship with his fujoshi girlfriend, which he later published in book form. I reviewed volume 1 of the book about 7 years ago and was very conflicted about it, so I probably should have passed the manga by. If I was going to read it, I should have used interlibrary loan. But I didn't, so now I have two volumes in my collection to read and review.

I think I was hoping that the story would work better in manga form. Unfortunately, so far it doesn't. Taiga and Yuiko both came across as shallow. Taiga literally chose what job to apply for based on his instant attraction to a random stranger, and Yuiko's interest in Taiga seemed to be at least partly based on the fantasy scenarios she mentally put him in (going ga-ga for him the instant he puts on glasses, the whole Sebas and Uke-Sebas thing). Taiga was repeatedly baffled or horrified by Yuiko's fujoshi fantasies, and I couldn't understand why the two of them continued to date each other. They didn't really have anything in common, beyond the one manga series they enjoyed for completely different reasons.

It's getting to the point where I wince whenever I read a manga or watch an anime where a main or prominent female character is called a fujoshi. There will almost always be a scene where the character observes two real human beings (sexuality sometimes known and sometimes not, but honestly it doesn't matter either way) in her vicinity and fantasizes that they're in love with each other. It's one thing to fantasize about fictional characters in whatever relationships you'd like, but doing that with real people, particularly when you're aware that it would make those people uncomfortable, just seems gross to me. And of course Yuiko did it in this volume with Taiga and his friend Kouji, much to Taiga's horror when he found out. (Again, why are Taiga and Yuiko still dating?)

If I didn't already have volume 2 in my collection, I'd probably be stopping here. The characters really don't work for me. As for the artwork, it was decent enough, if not particularly memorable. I can think of several shojo series it reminds me of.

Two full-color pages, an afterword essay by Pentabu, a page of translation notes, and an excerpt from the first volume of the books this manga is based on. There are also a few pages with further details about the manga Yuiko and Taiga keep talking about, as well as a "fujoshi glossary" explaining terms such as "seme," "uke," "gap," etc. Some of the words were ones I hadn't realized had fujoshi meanings ("concubine," "queen," etc.). I hate asking for help or money, but I am putting this out there because I am in a tough spot. I have a GoFundMe for my hospital stay of 9.5 days where I found out I had 2 lung diseses and Congestive Heart Failure. Anything helps, even if you just share the campain! I am finally back at home, but I've got a long way to go. Thannk you for looking. 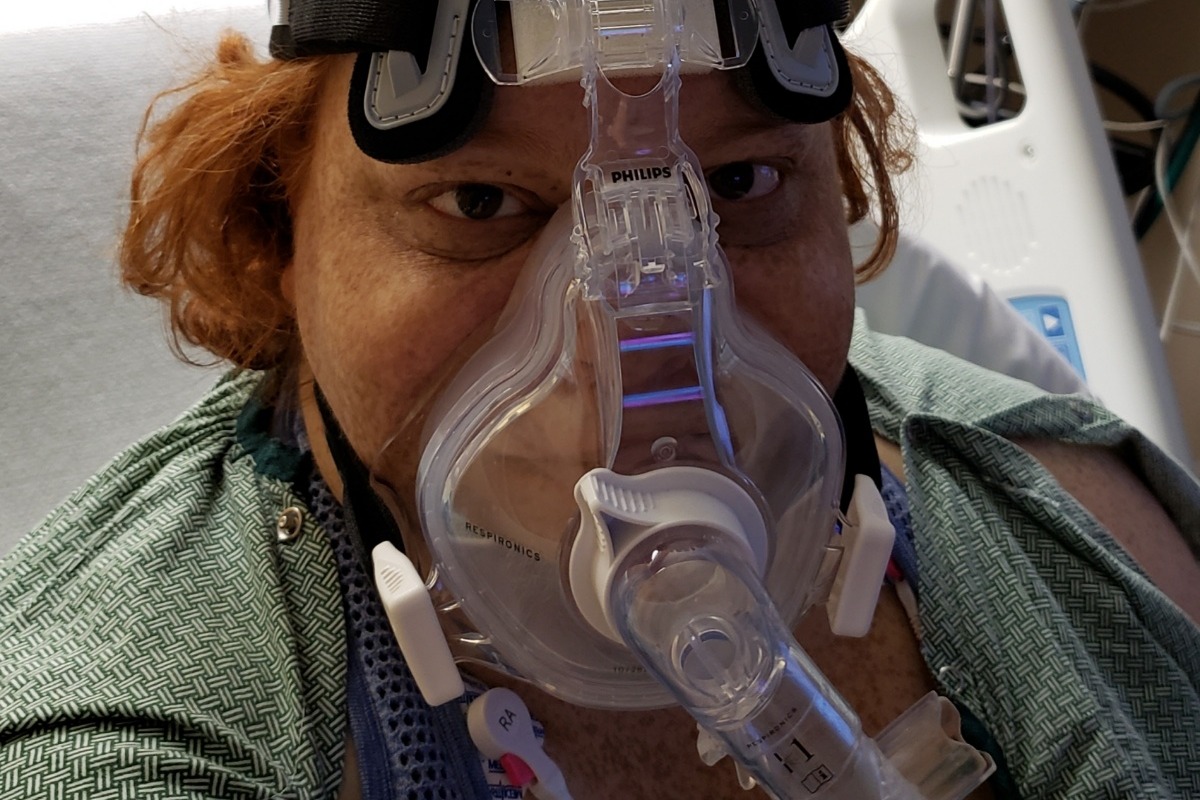 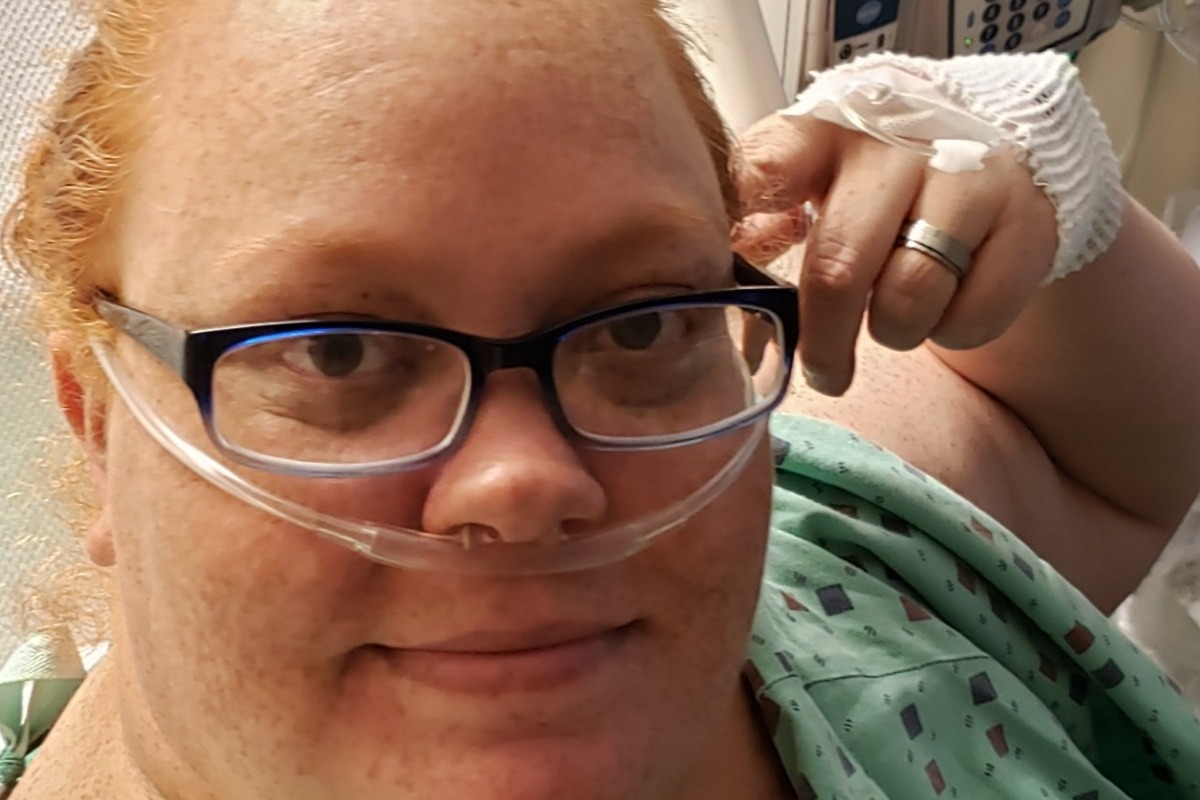