Log in with Facebook
or
Wrong email address or username
Sign up
Already on BookLikes? Log in!
Incorrect verification code
Please, check your email, the code to access your BookLikes blog was sent to you already.
Enter code:
« Back Send
back to top
Search tags: rendell-vine 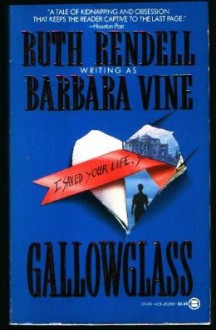 I miss Rendell so much and this book is a reason why.

Damn,  She takes a bunch of unlikable people and makes a compelling dark story.  Stephen King eat your bloody heart out (and I know he is because he likes Rendell). 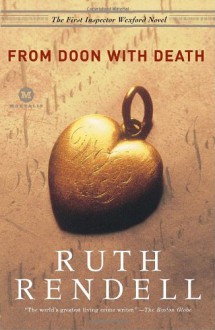 Good quick read.  Nothing great, but not bad. 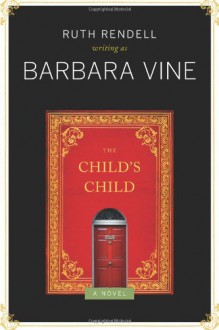 Not the best Vine/Rendell. Why the idea of literature and real life mirroring each other is good, the characters are flat, the mystery isn't really a mystery, and there isn't any suspense. The message is worthwhile, but meh to the book. 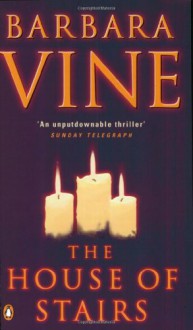 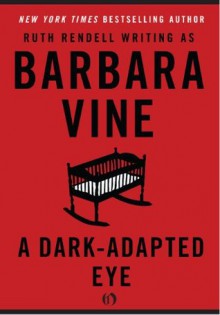 Many of Barbara Vine's books are available for Kindle Unlimited, and have gone on sale for $1.99 at different times.

Barbara Vine is a pen name of Ruth Rendell's. Ruth Rendell also writes the long-running series about Inspector Wexford, which I have not read.

These three books, though, are stand-alones, along with her other Barbara Vine books. They do not share a single character in common. Barbara Vine seems to be little concerned with the aftermath of the crime - the investigation, the prosecution, the "bringing to justice" part of a murder.

There are commonalities among the three books - in each of them a woman commits a murder. It is the relationships that are the heart of the stories, that explain how and why the murder was committed. Mother/child relationships are the blackened heart of The Crocodile Bird and the Dark-Adapted Eye. There are pathologies to be explored: maternal obsession, PTSD, sociopathy.

None of the three is particularly fast-moving. These are leisurely explorations of the dark corners of the human mind.

It is hard to pick a favorite, but, upon great reflection, I think this is the one. It is told from the perspective of a daughter who has been sheltered by her murderous mother, who kills that which threatens her. The story unfolds with the daughter having run away after her mother is arrested, and she tells her tale to her boyfriend, a bit at a time, each night, in a modern re-do of 1001 nights.

Everything has been twisted by her mother's strange and inexplicable behavior. It isn't until the end that we really understand all of the motivations, all of the reasons that things happened as they happened. The narrator in this book was my favorite of the three - bright and sheltered to the point that she experiences the world as a child who was raised by wolves and brought into civilization would experience it, she has been educated at home, and has read most of Dickens, but knows little of the modern world.

This was the first I read, and was therefore my first taste of the utter fucked-up-ness of Vine's families. Repressed, angry, and deeply pathological. It was probably my least favorite of the three, but this isn't to say that it wasn't good.

If you decide to read this book, don't read even so much as the plot summary, which gives away one of the central plot points.

The House of Stairs:

The narrator of this one is a young woman whose mother has died of Huntington's Chorea. She does not know if she, too, carries the genetic marker which will kill her. The book takes place before the genetic test to answer the question existed, and that unknown places a cloud over her life which she never completely dispels.

This book is not about family we are born with - rather it concentrates on the families we make when our birth families fail us. It unfolds with blind alleys and dead ends until the explosive event which is the conclusion occurs at about the 85% mark. Even that is not the end, rather, Vine tells us a bit about what happens next, how life does go on after a cataclysmic event. Evil, in this one, is utterly banal. Since I activated my free trial, I have read the following books:

I decided to keep KU for an additional month, so I am now $9.99 invested in the program. I've read some additional books: