Log in with Facebook
or
Wrong email address or username
Sign up
Already on BookLikes? Log in!
Incorrect verification code
Please, check your email, the code to access your BookLikes blog was sent to you already.
Enter code:
« Back Send
back to top
Search tags: roman-wall 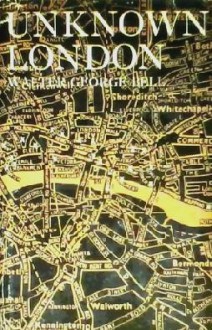 So remember I was reading Peter Ackroyd's London, A Biography? Well I was about 300 pages shy (it's like 800 pgs) of finishing it and since it's hardback and weighs a ton, it did not return with me on my plane ride home. However I did pick up one of the older books Ackroyd mentioned - yay, public domain ebooks:

Again, this is yet another book I have to stop and look things up on the internet with - because I can't help but think "hey, wonder what that site looks like now?"

Discussing places in London where you can still find parts of the Roman wall (including a post office and a commercial wine cellar), 14% in:

"In Roman Wall House, No. 1 Crutched Friars, is an excellent and characteristic length of the wall in a basement office, preserved at the sacrifice of some space by an enlightened builder (London's benedictions be upon all such). I learn that to the Sadlers Company gratitude is due. Its face shows the rows of Roman tiles and Kentish rag stones, so perfect in condition that it is probable an earthen bank was raised against it as soon as it was built. Ages old, the buried wall still does citizen service, for along its line dozens of City houses have been built directly upon it as a foundation - and none better could be desired. ...Pierced at many points for mains, torn up in places for basements, the old wall yields slowly and sullenly."

The monument includes a section of the Roman wall at Crutched Friars which forms part of the property boundary of Emperor House to the east and Roman Wall House to the west and is visible within their basements. It represents part of the eastern side of the London Wall circuit and includes a fragment of walling, 11m in length, with an additional section of its core to the south (located behind C20 party walling) and the remains of a bastion extending from the eastern face of the Wall. The Wall stands on a foundation trench of puddled clay and flint with a capping of ragstone which forms a raft supporting the main body of the Wall.

And goes on in more detail than you may be interested in.

And it turns out that there are future plans for it in 2018, with artwork so you can see how the wall section will be displayed in the future:

"Located on the eastern fringe of the City of London close to Aldgate and Tower Gateway Stations, this project redevelops an historically-sensitive site into a new landmark structure housing high-quality office and retail spaces.

Designed to provide a dynamic sense of place within its neighbourhood, the building creates two new public spaces with active street frontages along Vine Street and Crutched Friars. It enhances historic elements present on the site by making the Roman wall more visible and includes a supplementary exhibition highlighting the location's rich history. A new formal external space directly in front of Sir John Cass College enhances the setting of this listed building and helps form the main entrance to the building itself."

While I couldn't find a photo of the exterior house/building now - well, not one that I'm positive is the right address - here's an example of a hidden section of the wall next door (I think? or the same site?) with photos:

There are other posts at that blog with other wall areas.

I am continually fascinated with what Londoners live near, only a few feet below their streets. Or in their basements.

Also it's great fun reading this book from 1919 about how the author had to get special permission to see these areas (many of which are on private property) and then finding out that now - at least for Emperor House - it's a bit easier to observe this "hidden wall." You still have to make an appointment though, same as back in 1919. And apparently it's still something that's somewhat tricky to locate.

Here's info on the Museum of London's Wall Walk, with photos! I've seen some of the above ground sections back in the 1980s, and took a class on Roman Britain back then. Fun stuff.