Log in with Facebook
or
Wrong email address or username
Sign up
Already on BookLikes? Log in!
Incorrect verification code
Please, check your email, the code to access your BookLikes blog was sent to you already.
Enter code:
« Back Send
back to top
Search tags: rosewood-bay 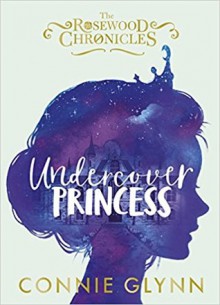 Delightful story of a girl,. Lottie Pumpkin who is an ordinary girl who wants to be a princess and gets a scholarship to a elite school where she ends up in a room with a real-life princess Ellie Wolf who longs to be ordinary. This leads them to a situation where Lottie is rumoured to be the princess and then becomes a decoy and finds another world and life for herself. Can she keep all her lives going?

It's interesting and fun and while there are moments of severe suspension of disbelief I still enjoyed it. 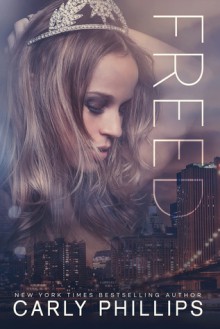 This is the 3rd book in the Rosewood Bay series.  This book can be read as a standalone novel.  For reader enjoyment & understanding, and to avoid spoilers, I recommend reading this series in order.

Juliette comes to Rosewood Bay to meet the sisters she never knew she had.  She meets Braden right away and they click immediately.  The attraction burns bright on both sides.

Braden is tasked to keep tabs on Juliette, and he has no idea how to tell her.  Her father and her past is quickly going to ruin the great start they have.  Braden must convince Juliette that they have a future and its worth it.

This was a sexy sweet combo in one book.  A great addition to this series, the story starts with serious heat that just burns all throughout the book.  I loved the banter and the very real subject matters.  I give this a 4/5 Kitty's Paws UP!

***This ARC was given in exchange for an honest review only. 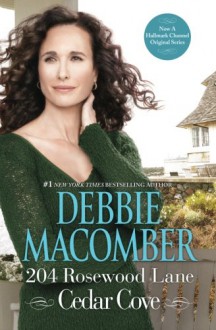 I thought about giving this one 4 stars, but the mess with Zack and Rosie made me drop it one. Sorry, bickering couples are not my favorite thing to read about in romance novels. Another reason why I gave this one 3 stars, is that this one reads a bit like filler since you don't find out the resolution with a lot of things in this one until book #3, "311 Pelican Court".

One thing you can say about these books is that there is not a lack of characters. In "204 Rosewood Lane" we turn to Grace Sherman and her family. Grace's husband Dan has been missing for 6 months and she finally decides to go through with divorcing him. She has her two daughters, Maryellen and Kelly to lean on. Also she has a potential love interest too.

I liked seeing Grace become more sure of herself. From what we read about in book number one and here, she hasn't had a happy marriage. She also has managed to not shake the life out of her daughter Kelly who acts like a brat and her histrionics since her father has gone missing made me tired.

Macomber does a good job with juggling multiple people. Besides Grace, we have her daughter Maryellen as the focus, her relationship with a man named Jon, Olivia, Jack, and Olivia's ex husband Stan, Olivia's daughter Justine and Seth, along with Jack's son Eric, and Rosie and Zach Cox with their two kids. As I said in one of my other reviews, Macomber always introduces the couple who will be the focus in the next book in the preceding one. This time it's going to be Rosie and Zach. Problem was that the whole book felt weighted down with their acrimony.

Cedar Cove always feels lively and interesting and it feels like a real life place you can visit.

I thought the nonsense between Olivia and Jack dealing with her ex and his son was boring to read about. Just have a conversation and stop playing games. They are both in their early 50s and I didn't have any patience with it at all.

Maryellen and Jon, I could not get over Maryellen and what she decides to keep a secret. Those that know me remember that my two most loathed romance plot lines are love triangles and secret babies. So guess which one this is.

Rosie and Zach, good grief. I didn't know who I wanted to shake more.

Rosie was acting like a martyr, but Zach acted like a throwback to the 1950s expecting a home cooked meal ready for him every night. Neither one of them really respected the duties the other one had during the day. And neither of them had any sense since they didn't seem to give their two kids chores which would help keep down the animosity about the cleanliness of the house and getting dinner together.

The book ends pretty abruptly and you have to read the next book to finish up some of the story-lines.

We get the continuation of Jack and Olivia in this one, but also Grace dealing with the disappearance of her husband, Dan.

Grace's life is turned upside down when she realizes that man she has been married to for 35 years has gone and she thinks to live a life with another woman.

Grace's daughter Maryellen is trying her best to hide her pregnancy from the man she got pregnant by. And I outright disliked the married couple Zack and Rosie. Every time I came to anything dealing with them I practically booed. Things don't get much better when they become the focus of book #3. 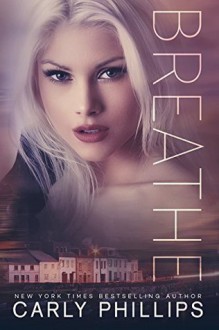 This is the 2nd book in the Rosewood Bay series.  This book can be read as a standalone novel.  For reader enjoyment and understanding, I recommend reading this series in order.

Phoebe is shocked to see Jake on a work site she has been asked to check up on.  She had no idea that he would be there.  Not prepared to find out he has another child, she is wondering how to talk to him about hers.

Jake has had an incredibly stressful life.  From one painful past, to the struggling for a foothold future, he is just trying to make it all work.  He is blown away when Phoebe walks in the door of his current project.

This series just gets better.  I love the sexy heat that surrounds this couple.  The second chance trope has always been a favorite.  I found myself screaming at the characters almost right at the beginning.  This was a great read.  I give this book a 4/5 Kitty's Paws UP!

***This early copy was provided by Booksprout and its author, in exchange for an honest review only.