Log in with Facebook
or
Wrong email address or username
Sign up
Already on BookLikes? Log in!
Incorrect verification code
Please, check your email, the code to access your BookLikes blog was sent to you already.
Enter code:
« Back Send
back to top
Search tags: scott-fitzgerald

1
review 2015-03-20 03:14
"Whenever you feel like criticizing any one...just remember that all the people in this world haven't had the advantages that you've had."
- F. Scott Fitzgerald, The Great Gatsby
Like Reblog Comment 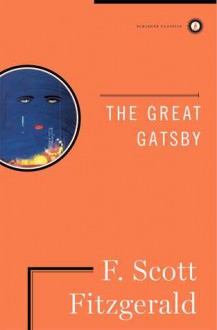 2
review 2013-11-03 18:04
Bernice had all the sensations of Marie Antoinette bound for the guillotine in a tumbrel. Vaguely she wondered why she did not cry out that it was all a mistake. It was all she could do to keep from clutching her hair with both hands to protect it from the suddenly hostile world. 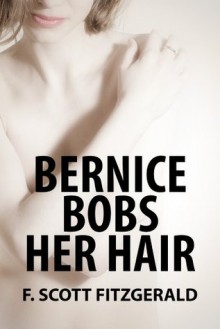 I read F. Scott's Fitzgerald's short story "Bernice Bobs Her Hair" in high school.  I loved it!  After reading it again twenty plus years later - the angst, Marjorie, and Bernice - I still love this short story set in the Roaring Twenties.

Fitzgerald was inspired by letters to his younger sister on how to be more attractive to men.   We see the sexism of the time - the cattiness and manipulations of teens, the peer pressure  - which are told through third person omniscient narrative.

The characters live in upper crust society and they can be perceived as shallow people, but Bernice is the underdog in the story.  She doesn't understand why she doesn't fit in with Marjories friends, and the need to see her rise above Marjorie's scathing review of her  sucks us into the story.

I'm not too keen with Fitzgerald's characterization of Marjorie.  She sounds like a man in a woman's body, instead of a behaving like a forward-thinking female.  It makes me wonder how much Fitzgerald is represented in Majorie.   Despite my little issue, this short story, which was first posted in The Saturday Evening Post in 1920,  is a classic.

"Oh, my Lord!"  cried Marjorie in desperation.  "You little nut!  Girls like you are responsible for all the tiresome colorless marraiges; all those ghastly ineffiencies that pass as feminine qualities.  what a blow it must be when a man with imagination marries the beautiful bundle of clothes that he's been building ideals round, and finds that she's just a weak, whining, cowardly mass of affectations!"

People over forty can seldom be permanently convinced of anything.  At eighteen our convictions are hills from which we look; at forty-five they are caves in which we hide.

quote 2013-07-07 13:32
In my younger and more vulnerable years my father gave me some advice that I've been turning over in my mind ever since.
"Whenever you feel like criticizing any one," he told me, "just remember that all the people in this world haven't had the advantages that you've had.”
fitzgerald quotes the great gatsby
More posts
Your Dashboard view:
Quote All Reviews Text Photo Video URL Activities
Liked posts Top Tags
Press About Terms of Services Privacy Policy Contact Us Blog FAQ Patronaty medialne BookLikes for Authors Partners panel more...
Team Themes Docs API Blogs
Copyright © 2020 BookLikes