Log in with Facebook
or
Wrong email address or username
Sign up
Already on BookLikes? Log in!
Incorrect verification code
Please, check your email, the code to access your BookLikes blog was sent to you already.
Enter code:
« Back Send
back to top
Search tags: selfish-jerks 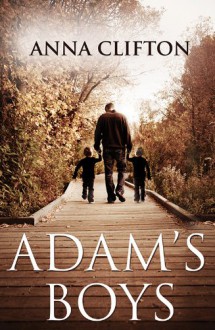 I ruined a perfectly good reading streak by picking this book up. I suppose I should have known that I couldn’t get lucky for so long (since my luck is absolute shit) but I hoped that I would be wrong.

Let me start with the namesake of the book, Adam. HE IS SO SLOW. Forget everything else he did. He knows how Abbie got pregnant because their mutual friend Justin told him. Some dude came around for 3 weeks, got Abbie pregnant and went back to London. Which was exactly what he did. How many men does he think slept with her and went BACK to London like he did and around the same time he did! It was just baffling seeing that he was all nice to Henry never suspecting that the kid was his own. How stupid does someone have to be to not get that? And he didn’t find out using his own wit, oh no, Abbie had to tell him, even with the fact that they kind of hung out quite a bit before she told him. And when she told him, he lost it and got all high and mighty on her about keeping his son away from him.