Log in with Facebook
or
Wrong email address or username
Sign up
Already on BookLikes? Log in!
Incorrect verification code
Please, check your email, the code to access your BookLikes blog was sent to you already.
Enter code:
« Back Send
back to top
Search tags: species-aliens 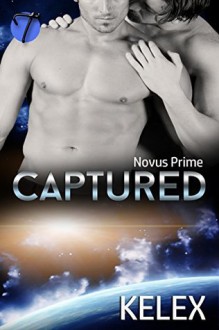 Quick fun no-brainer read. Not very detailed, which is a bummer. Mpreg got me by surprise and hate to love progressed too quickly for my liking, but I did enjoy the book and would love to read the second one. 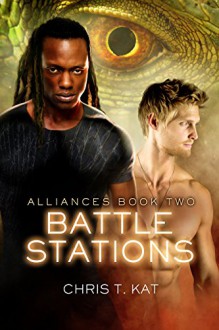 Nothing here about forced breeding or even remotely (human) mpreg. No non/dub con either.

The book is campy and fun and it has a giant alien with a very capable tail.

4.5 stars. A little bit of mush-and-feels talk in the middle was a half star off for me. I just deleted my review without publishing it. I was about to hit "save" button, when I realised that there is not a single positive word that I can write here about this whole ordeal. Instead, here is a simple list of issues I came cross:

- 24 year old manchild who by some mighty miracle survived as a pirate and a captain to be 24 years old;

- neglect. Because letting the poor boy run around in wet clothes, while dirty and stinky is neglect;

- commas. OMG, they are killing this story! Not there is much to kill, but they are the proverbial kick, delivered to someone who is already down :/

I really don't know how the two MCs survived; one as a pirate for as long as he did, the other one as a Hunter. Must be by some miracle/fairy godmother.

There were times when this book was a big deal and everyone and their cousin was reading it and loving it. It was such a hype! *sigh* What a disappointment in turned out to be! :(

PS I wish Samantha Cayto re-wrote it. After all, there is a potential here, it's the execution that's lacking :( "Prince Mi'Kel is now Mikinna Petrovik, formerly of Moscow... My contact said there wouldn't be a problem (with false documents - mrella) even if those Feds get it into their heads to look.”