Log in with Facebook
or
Wrong email address or username
Sign up
Already on BookLikes? Log in!
Incorrect verification code
Please, check your email, the code to access your BookLikes blog was sent to you already.
Enter code:
« Back Send
back to top
Search tags: susan-mac-nicol 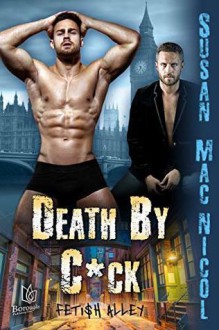 Independent reviewer for Archaeolibrarian, I was gifted my copy of this book. This is book two in the Fetish Alley series, but it's not necessary to have read book one, For Fox Sake. Not necessary, but I would recommend you do read it, if only to get a better picture of Tate and Clay, and of the other characters who pop up here again. And you know, since I'm recommending, you should also probably read Feat Of Clay, from the Men of London series, cos that will give you a FAR bigger picture of Tate and Clay and how they work as a couple. When a young taxidermist is found dead in his place of work, the police call in Tate and Clay to help with the locals, since the police seem to be hitting a wall with the residents of Fetish Alley, and Tate and Clay are almost family to Relio, who runs the Alley. Can they figure out who killed the young man, and who is behind the spate of protection racket visits the Alley residents have had? So, like I said, book two. And an excellent follow up it is too! I think I enjoyed this one more than book one, as well. Here's why. I got whodunnit very quickly, and why they-dunnit too, so it was fun watching that unravel and turn out just as I thought. So, once that was established, I sorta glanced over those bits and settled on the more important parts of this book: that of Tate and Clay, and the way each of them, independently of each other, thought about things they wanted to change. It's gonna be kinda vague, cos spoilers and all that, but bear with me! One of the two had asked the other, a long time ago, to marry him. And I expected THAT person to ask again, but its the OTHER that does, and in such a way, you felt it, deep in your heart! It's not a well thought out, planned long declaration of love, though. It's a rushed, heartfelt deeply emotional proposal, done in a way that is so very THEM, and I bloody loved it! OH! And, I noticed, in both For Fox Sake, and Feat of Clay, that these guys are not ones for professing their love. Don't get me wrong, Tate and Clay adore the ground the other walks on and would KILL for the other, but they don't say those three little words. And they do here, and again, its just dropped in, as they do, with one of them nodding off. And bloody hell if it didn't make me cry! Although this is set in Fetish Alley, there is very little actual kink, almost none, really. Tate and Clay do some shopping and that's about as kinky as it gets. Oh, there is heat, so much heat and sexy time between Tate and Clay, and some we get shut down on, but the KINK? not so much. Relio and Tomas play a part, and we still have not very much idea with what's going on with those two, but clearly, something is. I can't wait to find out what! A thoroughly enjoyable way to spend the afternoon! 5 stars **same worded review will appear elsewhere**
romance Bdsm crime thriller male male military police dudes over 18s fan youself its a hot one 2019 reads archaeolibrarian 2019 5 star reads 2019
Like Reblog Comment
show activity (+)

Things are getting dicey in Fetish Alley, so much so, the police have asked Tate and Clay to work a murder for them since the denizens of the Alley don’t want outsiders to learn their secrets.

Somehow, after solving one particularly squirrelly case, Clay Mortimer and Tate Williams of M&W Investigations have been deemed experts in all things Fetish Alley. Tate’s taken an undercover assignment for the London police, and solves it with his usual flair. When a brutal and particularly sensitive murder send the shop owners and patrons of Fetish Alley up in arms, once again the police department call upon Tate and Clay to take the lead in solving the grisly crime. Meanwhile their lives are being redefined in ways neither of them expected, and even though change can be scary, these brave men make certain that love guides them on every road they travel. 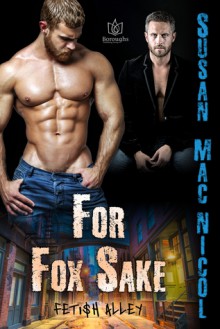 I was gifted my copy of this book direct from the author, that I write a review was not required. We met Tate and Clay properly in their book, Feat of Clay, in the Men of London series. This is the first in their own spin off series. It would probably help for you to read that book before this one. It will give you a better understanding of what both Tate and Clay went through before this book. That book for me is a brilliant 5 star read. As is this one! Granted, this is a much lighter read, with some very funny laugh out loud moments, particularly between Tate and the club owner, Relio. The fact that he is Clay's ex brings out the green eyed monster in Tate and he knows it, but he can't help himself! The dead customer of Relio's club is why he called Clay, along with Tate, to partake of their investigations business. Clearly, the people involved were hiding something, they just need to figure out what. Enter, if you will, Fetish Alley. Relio's club is at the end of the alley that caters to all things fetish. Some you'll have heard of, some not. A collection of shops selling all manner of naughty things await those who enter. But there is still a possible murder to solve, and Tate and Clay need to get to the bottom of it. I loved the little one or two liners at the beginning of each chapter, which look like text messages between Tate and Clay. They proper made me chuckle! Loved the "old man" digs that Clay gets since he turns 40 during the course of the book. LOVED the pop up by Draven, Jax and Dare from the other books in the Men of London series. And I absolutely need more of Tomas and Relio! I've no idea what happened between them here, but clearly SOMETHING did. And THEIR book (please let them have their own book, PLEASE!) is gonna be fun! Considering where the book is set around, I didn't find it as explicit as some of Ms Mac Nicol's book but it IS sexy and hot. The fact that Tate and Clay are a well established couple makes a huge difference. Yes, there are sex scenes, but mostly you got shut down at the good bits! Loved that though! A fantastic new series, I look forward to following what happens next, both in the Alley, the club and with Tate and Clay. 5 stars, that are still speckled with paint! **same worded review will appear elsewhere**
romance Bdsm crime thriller male male military police dudes 2019 reads 5 star reads 2019 personal 2019
Like Reblog Comment
show activity (+)

Tate and Clay's newest case has all the earmarks of typical investigative work: lies, deception, collusion, and a dead body - except the body was found in Fetish Alley, and nothing that happens there is typical.

The Places You'll Go And The Things That You'll See

Former SAS soldier, Clay Mortimer, the M in M&W Investigations, had thought he'd seen it all. But when his ex calls and asks for a favour Clay is intrigued, and then a bit surprised. He and his partner, Tate Williams, have a robust and imaginative sex life, but the things they see and learn in Fetish Alley take their understanding of human behaviour to the next level. Tate's take is part kid in a candy store fascination, part shocked. At the end of the day, all good detective work requires an open mind and the skill to ferret out the truth. Still, the layers of deceit and avarice they encounter are more than par for the course, particularly from people who are not keen about outsiders to the world of Fetish Alley.