Log in with Facebook
or
Wrong email address or username
Sign up
Already on BookLikes? Log in!
Incorrect verification code
Please, check your email, the code to access your BookLikes blog was sent to you already.
Enter code:
« Back Send
back to top
Search tags: terrifying-women-square 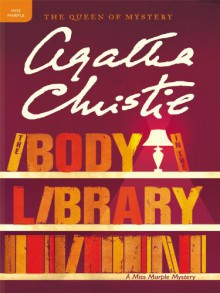 I love the reveal on this one! So well done!

We have Colonel and Dolly Bantry needing Miss Marple's help when a body is found in their library. Dolly knows her husband has nothing to do with it, but dealing with gossips in the village can kill their social standing and Dolly wants Jane Marple to go sleuthing. Miss Marple and Dolly end up traveling away from St. Mary's Mead to a hotel called the Majestic. The police have identified the body as a young dancer who worked at the hotel who had caught the eye of a dying millionaire (as one does) whose family was not enthused about the relationship.

What I loved is that I guessed wrong and Christie throws a wrench into the works when another body is found. The police are now concerned a mad man is killing young women. I honestly didn't guess right the first time reading this one and loved the re-read. So good! 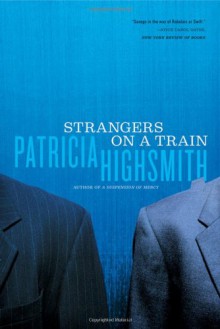 So I have been meaning to read this book forever. I obviously know about "Strangers on a Train" the movie version directed by Hitchcock. However, I have never read the source material. It's definitely a gem of a good idea that just fails with how Highsmith portrays the characters. It doesn't help that the pace of the book is so freaking slow through a good portion of it that I started to wonder why I was continuing with this read. The ending was just a snooze though. No real thrill there. I just found the character of Guy to be a wimpy victim (after a while you just become a volunteer) with Charles/Bruno to be a bumbling drunk who was repressing his real feelings about Guy.

"Strangers on a Train" has Guy Haines feeling miserable. He is on a train heading back to deal with finally divorcing his estranged wife Miriam. He is angry that Miriam has refused to really go forward with things and is still seeing other men. He is hopeful now that Miriam is finally ready to let him go since she is supposedly pregnant by another man.

A drunk passenger spies Guy and decides to make him his new best friend, Charles Anthony Bruno. Bruno who doesn't have the sense God gave a goose just drinks and latches onto Guy. Guy who is dumb as a box as hair decides to tell Bruno about his personal life instead of untangling himself from him. Eventually we get down to the central premise. These two men have people they hate in their lives and no prior connections, so why not switch murders.

The only authentic piece in this book really was Guy feeling horror and disgust of Bruno when this first comes up. He can't wait to get rid of him and be away from him as one does when a total stranger proposes murdering your estranged wife.

Of course though Bruno is hell-bent on forcing himself into Guy's life in any way that he can and getting Guy to go forward with his plans. The rest of the book Highsmith alternates between these two in a third person POV.

I honestly hated Bruno's sections the worst. He is messed up and highly misogynistic and obviously repressing his homosexual feelings towards Guy. It just left a bad taste to be implying by slight of hand that any man that has feelings for another man has to be a psychopath. When you have Bruno focused on murdering his father you get a Oedipal complex thrown in there too.

Guy is bumbling and very weak. I don't get why he does anything. Highsmith tries to hint at how Guy is just passive, however, there is a difference between being passive and just allowing things to happen to you. And it doesn't fit Guy's personality later when we see him following through on his side of the deal.

The other characters in this book are paper thin. We don't get a good handle on Miriam. Anne, Guy's girlfriend and then wife seems to suspect something, but then it just fades away to focus more on Bruno and Guy.

The writing was okay, the flow was not. This book could have been edited to keep it tighter. I was bored while reading this a good portion of the book.

The setting of the book is Texas, New York, California, the train, a cruise ship, etc. No place feels solid in reading though. Highsmith doesn't pay much attention to locations so no place feels real besides the scene we get when Bruno stalks Miriam.

The ending was nonsensical as anything and went down like a wet fart in a theater.

I don't know what else to say. I don't like it when characters keep doing stupid things. This whole book is Guy and Charles/Bruno doing really stupid things. And then we get to the end and it was such a cop out of where Highsmith was going. She should have ended it differently I think to just show us an ugliness that the men in this book were showing towards the women characters.

Look at Anne. Seen as a goddess by Guy and Bruno both in a way. But after a while you can feel Guy start to resent her a bit until news she tells him has him reacting differently.

Bruno loves his mother until he hates that she doesn't seem to be rejoicing over the death of his father.

Other characters that are female are called names or looked down upon. Hell Guy's estranged wife Miriam is portrayed as asking to be murdered cause she cheated. Apparently the man she cheated with though was just forced against his will to have sex with her.

Also there is a total 180 shift in Guy's attitude towards Bruno that didn't feel real or earned at all.

Bruno should have just told Guy he loved him and be done with it. He's obsessed with him to the point that he is just acting like a spurned lover because he needs to be the most important person in Guy's life.

Guy is a moron. Seriously. I don't even get his mindset at this point. He is dumb as the day is long.

Charles is aggravating. I hate when we switch back over to him. His obsession with Guy is weird to me since he seems to loathe other men.

You have two strangers meet and one of them Charles Anthony Bruno, is an obvious misogynistic (the love of his mother notwithstanding) and an alcoholic.

The other stranger, Guy Haines is a weak willed man.

Charles proposes they murder problems for each other they will never be traced back to the other one. Guy has an estranged wife who apparently refuses to divorce him until her new married guy is free. Charles wants his father dead. Guy who should get his head examined, doesn't just get out of his seat and run from Charles.

I also wonder how the hell Charles can do anything since the character is drunk to almost passing out it seems for most of the story so far. He is positively giddy about murdering Guy's wife and is obsessed with Guy.