Log in with Facebook
or
Wrong email address or username
Sign up
Already on BookLikes? Log in!
Incorrect verification code
Please, check your email, the code to access your BookLikes blog was sent to you already.
Enter code:
« Back Send
back to top
Search tags: the-cybernetic-tea-shop 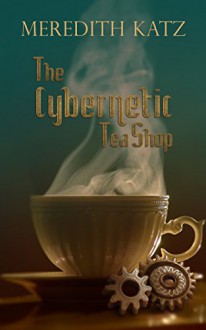 Clara is a drifter whose ability to repair Raises, Robotic Artificially Intelligent Synthetic Entities (sentient robots with animal forms), means that she can find work nearly everywhere she goes. When Clara visits the Cybernetic Tea Shop on the advice of her newest boss, she's shocked to see that the owner is a 278-year-old android named Sal. It has long been illegal to create sapient androids, and Sal is one of the few remaining models built prior to the law being passed. Although her owner died a long time ago, Sal does her best to see out the woman's dream: keeping the Cybernetic Tea Shop open for 300 years.

This was a very gentle and quiet story, primarily focused on the characters' emotions. Clara had to deal with the pain of realizing that she was falling for someone whose way of life didn't mesh with hers – she couldn't rid herself of her desire to move to new places, and Sal was completely bound to the tea shop and her memories of her original owner. Meanwhile, the only thing keeping Sal going was the tea shop. At the same time, she suspected she couldn't keep it open for another 22 years. There weren't enough customers, vandalism from anti-android groups was a drain on her finances, and her body and software were beginning to fail her in ways that she couldn't afford to get fixed.

But don't worry, there was a happy ending! I'm still not sure how I feel about certain aspects of it – I can't say too much without including spoilers, but it felt a little unbalanced. Still, I'm glad that Clara and Sal got a happy ending. I enjoyed their deepening friendship and romance, and Sal was so lonely and alone that it was nice to read about her meeting someone who liked being around her and wanted to help her, no strings attached.

This was a wonderfully sweet story, but it wasn't perfect. The first scene, in which Clara decided to move to Seattle, was odd and did nothing more than establish her drifter nature and give readers a little of her history. If that scene had been removed and the important information incorporated into the rest of the text more, Clara and Sal could have met earlier. As it was, they met halfway through the story, and I was left wishing that Katz had spent a little more time demonstrating Sal's growing trust in Clara.

This was a little too short to be completely satisfying, the writing had a few clumsy moments, and the world-building was a little off (the decision to outlaw sapient androids was made because it was considered unethical to own them, but the anti-android groups didn't appear to be very concerned with the ethics of committing hate crimes against them). Still, I enjoyed it. I liked all the characters, Clara's hummingbird Raise was fun, and it's one of the few examples I've found of romance starring an asexual character (Clara) that isn't ham-handed about the character's asexuality.

If I think about this one too hard, it seems more like a 3.5-star story. On a more emotional level, 4 stars feels right. I went with 4 stars.

(Original review, including read-alikes and watch-alikes, posted on A Library Girl's Familiar Diversions.)

This is f/f romance starring an old robot and an asexual programmer. I hadn't intended to stay up reading it, but it was much better than the other Less Than Three Press e-book I tried. A bit slow, but sweet. Full review later.