Log in with Facebook
or
Wrong email address or username
Sign up
Already on BookLikes? Log in!
Incorrect verification code
Please, check your email, the code to access your BookLikes blog was sent to you already.
Enter code:
« Back Send
back to top
Search tags: the-dead-will-walk-square 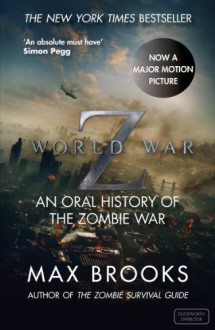 I have to say that a lot of people suggested that I listen to this book and what a great idea. I have to say that some of the voices sound a bit too stereotypical to my ears, but I really did enjoy listening to the so-called Zombie wars.

I will say that you really do have to listen to this book. It doesn't work well at all as a written novel. I had to switch over since I almost DNFed it at one point. Reading interviews and questions and answers doesn't work in the long term. Your brain after a while just doesn't care and you find it hard to concentrate. Or at least me. When I have to read through Congressional transcripts it's the worse. I like to listen to congressional meetings or attend in person cause you don't get to hear the nuance in people's voices.

I liked hearing about the so-called Patient Zero and how the virus spread and all of the places on the Earth that was touched. It was so scary reading about how the young boy's body was falling apart. I even got a little bit sick here and there listening to how cords had gone through his body to the bone. How cold his skin had gotten and how his blood now looked. When we hear about how the governments of the world even had a zombie protocol though it was surprising to me.

I did think the narrator (who was Max Brooks) was not that great. He sounded so weird to my ears. I think certain statements/questions he asked needed more passion in his voice or more feeling. It just felt like he was reading the phone book to me sometimes.

I was thrilled to figure out that one of the voices was Mark Hamill. He is the best!

I will say though that I wanted to read more about what people did when the outbreak happened, how they managed to get through it. This was definitely an oral history, but I felt like it was missing parts.

I did love the thinking that went into this by Max Brooks though. Cause it didn't even occur to me that zombies can just exist in water. That they don't need to breathe, so they can just hang out on the bottom of the ocean floor...forever. That the cold will stop them so heck move to a colder climate. Still not dead, but not real active anymore either. I also love how we learn about different things such as protocols, laws, how the world changed and new countries were formed, etc. 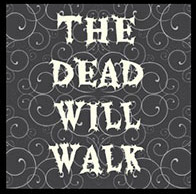 I also realized that GR doesn't do minutes like BL does, so will only update this here.

I'm going to switch to audio for this so I don't lose my mind. Will get back to this later. Onto ghost square.

I am reading this for "The Dead Will Walk" square. "War World Z: An Oral History of the Zombie War" by Max Brooks. Zombies as far as the eye can see.

Hopefully this is good. I'm oy starting now since I am going to have to give the book back to the library soon.