Log in with Facebook
or
Wrong email address or username
Sign up
Already on BookLikes? Log in!
Incorrect verification code
Please, check your email, the code to access your BookLikes blog was sent to you already.
Enter code:
« Back Send
back to top
Search tags: the-earthquake-doll 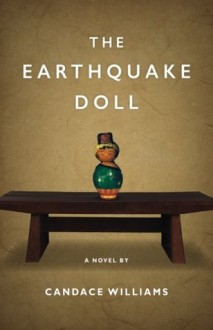 The Earthquake Doll is the sort of deceptively simple story that you keep thinking about, long after you've reached the end of the book.

It's 1952 in Japan. The victorious Americans have never left, and in fact are about to begin using Japan as a base of operations for the Korean War. Japan's traditional ways clash with modern American customs, and the Japanese are trying to make sense of it all.

Among those navigating this brave, new world is 16-year-old Miyoko. Her uncle has found her a position as a maid in the home of an American officer, and her mother and her mother's sister are arranging a marriage for her, even though she is too young to get married by traditional standards. And then Miyoko's cousin dies, and the foundation of her world really begins to shake. Somehow, she must find a way out of her dilemma without disgracing either herself or her family.

Williams is an excellent storyteller. I found myself rooting for Miyoko the whole way through the story. In addition, the author does her best to explain the Japanese words in the book, to the point of linking them to the glossary that she has helpfully included.

I'd recommend The Earthquake Doll to anyone with an interest in postwar Japan, Japanese culture, or fine storytelling.