Log in with Facebook
or
Wrong email address or username
Sign up
Already on BookLikes? Log in!
Incorrect verification code
Please, check your email, the code to access your BookLikes blog was sent to you already.
Enter code:
« Back Send
back to top
Search tags: the-late-show 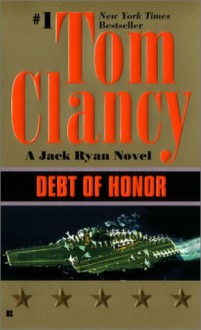 Renee Ballard is a detective who got punished after filing a sexual harassment charge against her superior.

That's really is the wrong message.

Her complaint didn't got through because her partner refused to back her up. But sexual harassment charge does not need another person to back it up. Why would she needed that in the first place.

Second, it is wrong to have the department treating her differently after the complaint didn't get through. That's sent the wrong message to other sexual harassment victims in the police force. Not that it wouldn't happened in real life. But in real life, she would be on the Tonight Show to talk about this.

Second problem with it is that she got kidnapped too easily. How the hell the bad guy get the drop on her.

The way she "use her female charm" is saying that she lack detective skills. Another bad thing.

The case she is trying to solve involve a transgender woman. The clue is a brass knuckles. The solving of the case is not really adding up to the main story, which involved a shooting at a bar.

It still got 4 stars because I still enjoy reading it. The frustration is there. But it is still readable.

Michael Connelly is one of my favorite writers. He is just not as good with female characters.

Ballard was a woman detective who career got side tracked when she filed a sexual harassment complaint against her captain.

She was counting on her partner to back her story. Unfortunately, that didn't happened. She was mad at both of them. The problem that a woman who is being sexual harassed need a man to add credibility is a problem. To be fair, it is hard to prove that he is innocent as well. But there must be some way to do this better.

Now she was punished for speaking up and set to the night shift, which is also called the night show.

The case involved also a transgender woman being attacked by brass knuckles. She was beaten and hospitalized. The story also try to get the pronoun right by calling her a she. She is she as long as she didn't declare as a drag queen.

The story is a bit here and there without much of a focus. There was another shootout at a bar with three dead bodies.

4 stars so far. Hope it get better. Book: Read a book that takes place at sea or on a river OR with water on the cover OR where the plot involves a festival or the moon plays a pivotal role in the plot.

While the titular boat isn't in water on the cover, since it has been washed up on the beach, the ocean is in the background of the cover. I'm using it to claim this square. Listened to this the week before last; I'm claiming it as my St. Andrew's Day read because it's the first book in a new series (Renée Ballard).  Review HERE.