Log in with Facebook
or
Wrong email address or username
Sign up
Already on BookLikes? Log in!
Incorrect verification code
Please, check your email, the code to access your BookLikes blog was sent to you already.
Enter code:
« Back Send
back to top
Search tags: thought-provoking 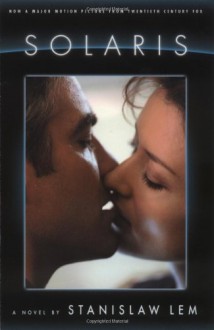 One of the current topics causing some hand wringing in our angst-ridden western society is the spectre of artificial intelligence (AI). The potential of AI seems universally acknowledged, but its development, ethics and governance appear more contentious. Moreover, once the genie is released from the corporate bottle, in the long run, is humanity rendering our species (in its current state of evolution) obsolete?

There are few writers with the gravitas to step meaningfully into this contemporary debate, let alone encapsulate and conceptualise some of the attendant issues through the medium of a novel. Yet, Ian McEwan has done so with his usual aplomb. The social adjustment for the introduction of such advanced tech’ might be expected to be profound. In ‘Machines Like Me’, the arrival on the market of human-like machines (twelve ‘male’, thirteen ‘female’) distributed around the globe, are a focus of curiosity and concern in equal measure. But, not in our world. In an interesting diversion, the author has set the plot in a different dimension, a world familiar to our own, but where Margaret Thatcher’s task force is defeated in The Falklands, Tony Benn becomes Prime Minister and an ageing Alan Turing is revered as one of the greatest minds of the time. The ploy enables the implied technological advance to be explained (it remains work in progress for us) and cunningly maintains a sense of looking into a fishbowl at the consequences for two ordinary Londoners.

Charlie, a thirty-something disbarred lawyer and author of a minor book on electronics and anthropology is broke and living hand-to-mouth trading shares on the internet. And yet, on receipt of a bequest from his late mother, he indulges his passion for robots, androids and replicates by purchasing an ‘Adam’ (it is rumoured Alan Turing has bought the same model). The new arrival also enables Charlie to forge a relationship with his upstairs neighbour, Miranda, a doctoral scholar of social history, ten years his junior.

Notwithstanding Adam’s need to recharge periodically, he is remarkably human-like and develops his responses and information systems, such that he is convinced that he also has feelings of love for Miranda. However, the strange triangle that ensues lacks the threat born of deceit, as Adam is consistently honest about his emotions and bound by his promise to Charlie not to actively submit to them. Yet, it is the inflexibility of Adam’s abilities, an inability to be humanly inconsistent, which will provoke an inevitable tension. Bound by an immutable logic, constrained by an immaculate adherence to the rule of law, Adam represents the perfect citizen, but ultimately is unable to contend with the messiness of the human experience, or collude with his friends to their unfair advantage. Loyalty, it transpires, cannot set aside responsibility to the wider good of society, or bend its rules.

In the moral maze explored by McEwan, the reader is invited to think about the status of such AI sentient beings, destined to be superior to their human ‘creators’ and the unintended consequences, such as obligations conferred on the society hosting them. Can it be that such machines can truly be described as possessing a ‘self’, what in the book Turing calls, “a conscious existence”? The ‘test’ often mooted is the ability of AI to create authentic art, but since Adam is able to fashion Haiku poems, suddenly the temptation is to refine the criteria of art. In any event, the creativity attributed to humans lies, we are told, in thinking ‘outside the box’.

I thoroughly enjoyed this book and wrestling with the underlying tenets. Moreover, as I write this review the announcement that the late Alan Turing is to appear on the new £50 note signals the conclusion of his official rehabilitation and further endorses his pioneering contribution to the early development of computers. Clearly we are living in complex and fascinating times, but this book dares the reader to recall the past, glimpse the future and wonder…