Log in with Facebook
or
Wrong email address or username
Sign up
Already on BookLikes? Log in!
Incorrect verification code
Please, check your email, the code to access your BookLikes blog was sent to you already.
Enter code:
« Back Send
back to top
Search tags: through-the-zombie-glass 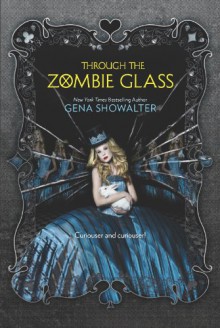 2.4 stars- barely based on lowlife characters and TSTL actions

I loved the idea, the spirt hunting, the different abilities awakening and the possibilities. The action was there, I was on the edge of my seat more than once. But why bring in abuse, and ridiculous actions into the story. I was rolling my eyes at the jealousy, the he-slut moves and the stupid thinking of this girl.

Ali, stupid, hormonal virgin Ali.  I cut bits of stars off for each completely stupid move Ali made. Ali, the special little snowflake acted like a brat. Taking matters into her own hands, after being warned it was a bad bad thing. She would run off into the fire and placed everyone in serious danger. I was generous and gave her a few free chips because of her age, she suffers from high school level hormonal drama.

Cole, the macho he slut was such a complete jerk. I'd beat him bloody with anything in reach if he treated my daughter that way or one of her friends. His character was repulsive and I worry that some young mind might find his actions ok. I thinking about cutting another star off right now. I was miffed that the author made his turdness acceptable to the group of slayers/friends. I would have liked to see a stronger character backlash, not the "oh he loves me so I'll forget everything" bit. He used girls, emotionally and physically and brushed it off like it was nothing, and this is the hero ? She looked into his eyes and saw longing  making all he did disappear. REPULSIVE ! As I'm recapping my experience I'm getting angrier. I'm not sure I want to finish the series.

I do not find abusive characters entertaining, and even less so to a young character who might connect with a reader.  I like the story, despise the direction of the characters. Ali is doormat that asked for more, her great love is a dirty pair of boots.

Ali has had several TSTL moments that make me want to shook her myself! Come on dumb dumb snap out of the stupid teen girl routine. Goos thing I like everything else about the story because the MC is my least liked

Okay i hear you, she is a teen girl I should give her some slack. No.

AZ is creepy ! and The Jerk is still Jerking away- there is a horrible lack of communication going on, a pet peeve of mine. If you have something to say that might be very important SAY IT 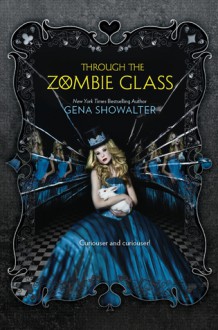 Forget blood and brains. These monsters hunger for human souls.

Sadly, they've got mine…

Alice Bell has lost so much. Family. Friends. A home. She thought she had nothing else to give. She was wrong.

After a new zombie attack, strange things begin to happen to her. Mirrors come to life, and the whispers of the dead assault her ears. But the worst? A terrible darkness blooms inside her, urging her to do very wicked things.

She's never needed her team of zombie slayers more, but ultra bad-boy Cole Holland, the leader and her boyfriend, suddenly withdraws from her…from everyone. Now, with her best friend, Kat, at her side, Ali must kill the zombies, uncover Cole's secret and learn to fight the darkness.

But the clock is ticking…and if she fails at a single task, they're all doomed.

Drat the fact had to read on my desktop because only available in EPub format, did not faze me though as tore through this second book faster than the first and am glad to have had the chance to do so.

Following in the aftermath of Ali being bitten by a fellow slayer who had been bitten by one of the zombies her life has become even more fraught with danger than previously, this time however she is the danger that must be conquered.

I found myself amazed, bewildered and in agony for Ali and Cole time after time as it just seemed for every step forward they took they were forced 5 steps back.

The action again is nonstop at times, we also have moments of complete peace where everyone can just be for a bit even though those moments do not last long.