Log in with Facebook
or
Wrong email address or username
Sign up
Already on BookLikes? Log in!
Incorrect verification code
Please, check your email, the code to access your BookLikes blog was sent to you already.
Enter code:
« Back Send
back to top
Search tags: udon-entertainment 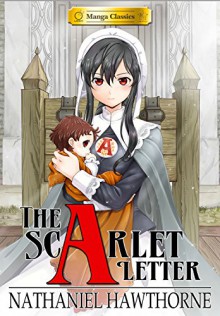 *I received a free copy of this book from the publisher through Netgalley in exchange for my honest review.*

I was first interested in this book, because I’m starting to branch out to reading more manga and I wanted to see how a classic story like The Scarlet Letter would translate to a manga. Overall, I think it’s a huge success. The story itself stays true to the original and the overall main points are still hit, which was a concern of mine when I started it. The pictures are beautifully done, and while I think there were a few too many panels of the priest “clutching his chest,” overall, it works out to be a quick read for a classic, captivating story.

Its strength really lies in how the novel is written in the first place. Hawthorne is someone who likes to be wordy and include a lot of description that is able to simply be shown in the drawings — no need to worry about five pages of foliage, when the foliage is right there in the pictures; it cuts down a lot on the slog and lets the reader focus on the story and characters in general. For people who don’t find Hawthorne’s style to be engaging, but who might like this overall story, reading Manga Classics would be a great way for them to be introduced to this story.

I can also see this as an amazing addition in the classroom, since it can be used as a tool for lower-level readers or those who have a problem with reading a lot of words stay engaged with the story and be able to participate in overall discussions on theme, characters, etc. It can also be used in a lesson where students can compare different story-telling formats and analyze the differences of manga versus prose. What are the strengths and weaknesses of each? Which do they personally prefer? Tons of possible lessons if you introduce a book like this to your classroom.

The Manga Classics version of The Scarlet Letter is a great read and definitely something to check out if you have a struggling reader who wants a bit of help getting through the story, or even if you just want to experience this story in a new format. Very well done — I recommend it. 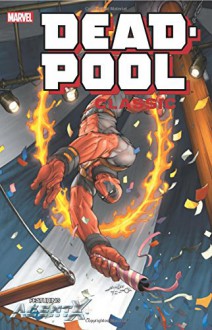 I'm not gonna lie: it's exciting to see something so well done written by a woman.   There aren't that many women writers in comics, and while it's gratifying to see any, well, more so when they're excellent writers.

Simone creates a near perfect collection, taking all the lose ends and tying them together into a story in a way that makes it almost impossible to resist looking at one more panel.  I stayed up until about midnight last night, not only because driving home from concert, but also because... just one more panel.

Midnight is super late to me, so that's a big deal.   There's a large cast of characters here, and I loved all of them: they each had full personalities, flaws and redemptive qualities, that made me want to know them.   They grew.   They learned.

They made the same mistakes over and over again sometimes, because sometimes people do that because habits are hard to break sometimes.   And while there were some stand alone stories - or two issue arcs - there's a lot that leads up to the finale: who is Alex Hayden and where did he come from?

Look, no spoilers in saying that Wade Wilson comes back.   He's on the cover.   Deadpool Classics Volume 11 exists.   There are current Deadpool comics.  I think saying that he comes back isn't really a spoiler.     And he's more and more like what I expected.

Alex loses Inez/Outlaw to Texas, and it's kinda okay, because there's always Sandi. But it gets more explicit. But he also is in love with Outlaw, so...

The Fight-Man issue was good, but I couldn't find Fight-Man issue one, either for purchase or in Unlimited.  I didn't read that, but I liked it for Agent X, not Fight-Man so I don't feel motivated to track Fight-Man one down, actually.  One of the other reasons I liked the issue was the robots.   And robot jokes. If you're looking for tons of Deadpool, you will be disappointed though.   He only shows up in the last three issues.   Look, I love me some Deadpool, but, y'know what?   This is enough fun without him, and it's tangentially Deadpool related.   I found it important enough to his history to be worth reading, although the last three issues?   Are the most important.

He also comes back injured, and like a child.   So when they have to fix him in a horribly painful way, and don't wait for him to mentally grow up, there's this panel which made me feel incredibly squicky. I didn't feel right explaining all the 'he plays with his junk jokes,' so, ah, I didn't screen cap this.   This gets really, really wrong.   Like super wrong.  In all the right ways.

Here, have another not-so-horrible Deadpool screen cap to distract you from the possibilities of all that wrongness.   So, so wrong. But, yay, the little yellow boxes are back!  This panel felt most like the Deapool I'm used to, too, so yay!