Log in with Facebook
or
Wrong email address or username
Sign up
Already on BookLikes? Log in!
Incorrect verification code
Please, check your email, the code to access your BookLikes blog was sent to you already.
Enter code:
« Back Send
back to top
Search tags: unread-books

On my Goodreads account I have a shelf called ''Books I Own Tbr''. That shelf has the same thing as ''To be read'', ''Currently reading'' and ''Read'' which means that they are not on my ''To be read'' shelf (so basically my To be read shelf is my wishlist). I don't have that many unread books (only 20 and 5 that are in the George Orwell complete novels bindup so 25 in total) so I can show them to you very easily. Here are my unread books: 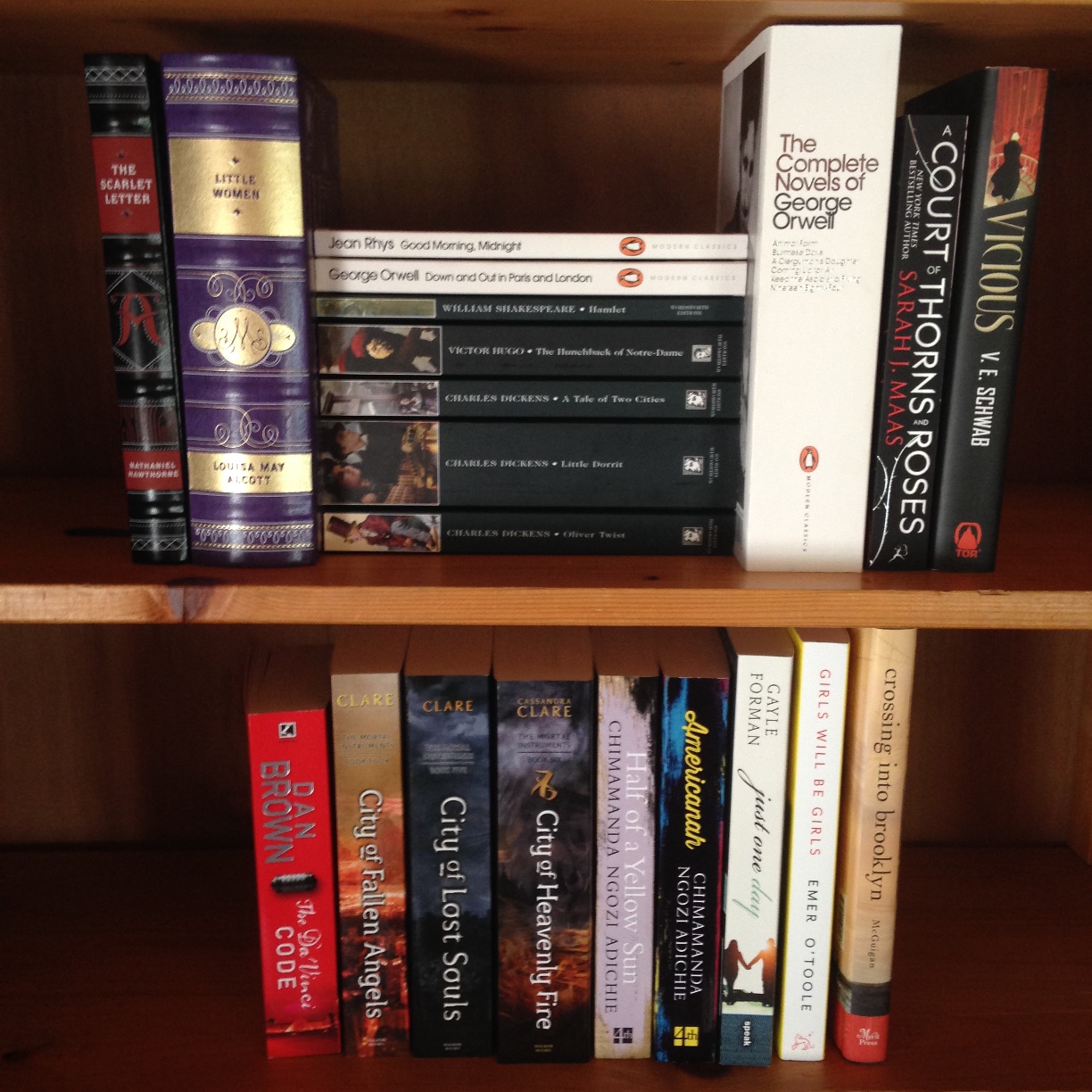 -The Scarlet Letter by Nathaniel Hawtthorne

- Little Women by Loisa May Alcott

- Down and Out in Paris and London by George Orwell

- The Hunchback of the Notre Dame by Victor Hugo

- A Tale Of Two Cities by Charles Dickens

- A Clergyman's Daughter by George Orwell

- Coming Up For Air by George Orwell

- A Court OF Thornes And Roses by Sarah J Maas

- City Of Fallen Angels (The Mortal Instruments #4) by Cassandra Clare

- City Of Lost Souls (The Mortal Instruments #5) by Cassandra Clare

- City Of Heavenly Fire (The Mortal Instruments #6) by Cassandra Clare

- Half Of The Yellow Sun by Chimamanda Ngozi Adichie

- Girls Will Be Girls by Emer O'Toole

I think my tbr has a good variety of genres, difficulty and length which means I only have one or a few of each thing. Sometimes I still feel my tbr is way too big because I just want to read a book immediately when it arrives in the mail, so that's why I'm not going to buy much 'till the end of summer and just read as many as I can (without feeling overwhelmed). After summer I'm going to a new school and I don't know how much time I will have for reading then and I really want to read most of those books, so yea.

My tip for not having a big tbr (if you don't want that) is just not to buy so many books. If you've read quite a few then buy one or two and read until you're okay with your tbr.

How many books do you have on your tbr and are you happy with that number? 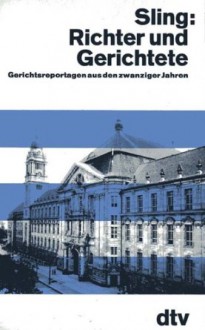 This was recommended to me by Kurt Tucholsky... and I have to say it is quite interesting and not as political as I thought it would be. 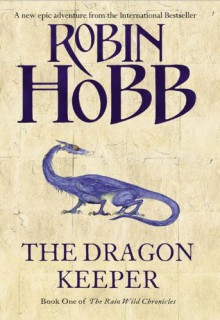 I'm a little bit disappointed right now. Nothing really happens in this book.  It's a sad outcome from the Liveship Traders trilogy, some nice reminders of classics like Lord of the Flies and maybe a little bit of George Eliot... but it is more promises, less a book of it's own, and a clear sign, why it is sometimes worth to wait till a book series is finished.

A book with history:

It was July 2009, our second trip to London for a long weekend, a trip full of theater excitement because we went to the Globe and watched 'A Midsummer Nights Dream', we saw Jude Law as 'Hamlet' and hubby and me went for the last night to 'Avenue Q'.

Between evenings at the theaters and sightseeing, I went book shopping, doing what I call my Charing Crossing and I bought this copy at Waterstones near Piccadilly Circus, completely excited that there was something new from one of my most beloved authors and book series. After that, strolling through the city, we came to Forbidden Planet and right there in all it's beauty was a sign, that on Saturday 11, 2009 Robin Hobb was coming for a book signing.

So the next day, after a healthy English Breakfast in Notting Hill and a brief visit at the market on Portobello Road, I left my friends and Mr. Gecko behind and entered  a long British queue in a sticky basement. My book is signed now, even if I was much to excited to breath more than my name to Robin Hobb.

I haven't read it, even five years after this encounter, of for me totally random and baffling coincidences, but even unread books sometimes have a story to tell.