Log in with Facebook
or
Wrong email address or username
Sign up
Already on BookLikes? Log in!
Incorrect verification code
Please, check your email, the code to access your BookLikes blog was sent to you already.
Enter code:
« Back Send
back to top
Search tags: wizard "Fourteen-year-old Mona isn’t like the wizards charged with defending the city. She can’t control lightning or speak to water. Her familiar is a sourdough starter and her magic only works on bread. She has a comfortable life in her aunt’s bakery making gingerbread men dance.

But Mona’s life is turned upside down when she finds a dead body on the bakery floor. An assassin is stalking the streets of Mona’s city, preying on magic folk, and it appears that Mona is his next target. And in an embattled city suddenly bereft of wizards, the assassin may be the least of Mona’s worries…"

This is supposed to be a children's fantasy novel that is apparently too dark for kids?!  Corpses and assassins are no doubt old hat to kids these days.  Personally I found Bob, the carnivorous semi-intelligent sour bread starter dough, hilarious and Nag, the horse skeleton, rather cute.  And that one Ginger Bread Cookie has more personality than most authors give to their main characters.  The protagonist is a 14 year old girl who is a wizard with bread (just bread!!), who manages to still be a (sensible) teenager (mostly) with all the shit that is going on in her life, without all the whining usually associated to these types of books.  The "step-parents" actually manage to be likeable, decent people.  This is a another great adventure/detective/save the city story with Ursula Vernon's original brand of humour and imagination. 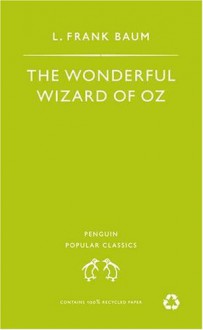 This is the first, and only?, direct sequel in the 'Johnny Dixon' series, and it may be why I remembered not liking this one as a kid. Most of Bellairs' work can be read independently, but 'Revenge' jumps right into one of Johnny's patented freaky dreams. An old man threatens Johnny, saying he's done his family a wrong, and that the ghost of Warren Windrow still roams. Warren Windrow is the 'Sorcerer' whose bespelled skull caused so much trouble last time.

Of course, Johnny doesn't tell anyone about the dream. This series. They either keep supernatural events a secret because they're embarrassed, or they disbelieve each other. Johnny starts sleep-walking and acting ornery, and has strong visions of saloons and gambling dens. Eventually, he becomes comatose and even an impromptu exorcism attempt by Father Higgins doesn't help.

As a kid, this one left me a little confused. I didn't read these in order so the abrupt revenge-plot left me in the dark. Also, with Johnny out of the picture we have the Professor and Fergie on a multi-day expedition to the Windrow estate to find ancient magical talismans (straight out of the Bible) that may be Johnny's last hope.

The saving grace of this book, as with many others of Bellairs, are some genuine horror elements out of nowhere that keep a reader off guard, and the period details that evoke midcentury American boyhood and, in this case, Gold Rush-era California.

Next: 'The Eyes of the Killer Robot'

Previous: 'The Spell of the Sorcerer's Skull' Classic Fantasy and I've heard it's a popular series. Unfortunately I couldn't see the appeal and quite honestly, if it had been a new author I would have DNF'd. It started out enjoyable, making a few allowances for its era and the fact that it's one of the forerunners of tropes that have been overdone ever since.

Magic has been separated from the world by a boundary, keeping it in the Midlands which amused me because the part of England where I live is called the Midlands. Richard encounters an unusual woman, Kahlan, and seeks to rescue her from four men following her, only to find out that she's pretty good in a fight.

He finds himself on a quest in the company of the woman, a wizard and someone who might be called a ranger (sound familiar?) and fights evil entities who are able to attack near the weakening boundary. Of course his quest will take him to the very heart of evil and he's been chosen to be The Seeker.

As familiar as this sounds, it doesn't come over as just another clone. Richard is a likable character as is Kahlan and all the 'good guys'. There are some harrowing moments, but as the story progressed I didn't find myself as engaged as I would have expected, considering the popularity of this series. Parts of it were tedious at best.

The mud people were particularly an interesting society and the world building was fairly good, but the pace of the story just didn't keep up. Halfway through I was reading extra just to get it over with. A seriously irritating character was introduced at that point and I really, really just wanted out.

Some of the old, very popular Fantasy authors turn out to be really fantastic, but I don't think I'll be reading Goodkind again. Between him and Gemmell I'm feeling put off my older authors in this genre. Life is too short.