Log in with Facebook
or
Wrong email address or username
Sign up
Already on BookLikes? Log in!
Incorrect verification code
Please, check your email, the code to access your BookLikes blog was sent to you already.
Enter code:
« Back Send
back to top
Search tags: womens-progress

1
review 2016-07-05 18:00
A Woman in the House (and the Senate):How Women Came to the United States Congress, Broke Down Barriers, and Changed the Country by Ilene Cooper and Elizabeth Baddeley 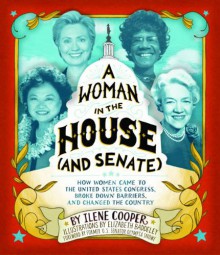 As suggested by the title, this book chronicles the history of women in politics in the United States Congress. Beginning in the House of Representatives and eventually getting seats in the Senate as well, women have been working in politics for far longer than we get credit for. Granted, many of those first seats were obtained through special elections and appoints where the women filled their husband's seats, not all of them did. In fact, the first one got there all on her own. Even those who did follow their husband's did good work and often stayed well passed the initial appointment/special election.

I enjoyed the demographics that our pointed out right at the beginning that in the whole history of the United States, we still have not had enough women serve to fill the house of Representatives alone. And some believe that we have equality, not with those numbers. We still just over half, after all this time. Don't get me wrong, I don't expect the overall numbers to eventually even out, men are over 12,000 seats ahead of us. All the same, the book brings to life women who have served, how they got there, and how they moved the progress forward, which glass ceilings have been broken or shatter or merely dented.

There's a lot of information packed into a tiny book!

The illustrations by Elizabeth Baddeley were gorgeous and gave beautiful touches to the stories of the women mentioned in the book. If you get the Kindle edition, as I did, bear in mind that the formatting doesn't sit well for phone reading. At least it didn't for me. It was really only readable on my tablet or computer, which was fine, but just know going into it. Overall, a great book for anyone who is interested in the Herstory of U.S. politics, especially for the children it was written for. It's great that we get taught the history of our nation and get that government class in high school, but schools often leave out the accomplishments that lean toward equality unless their spefically the Civil Rights Movements and the Equal Rights Amendment. There's a long, slow road that gets us to those things and the people who work on and build that road need to be remembered too. 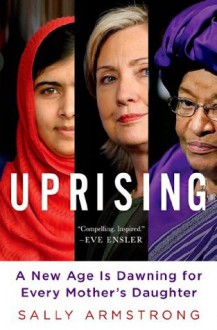 Due to some of my other reading, the information contained here is not entirely new for me, but it would serve as a great starter for anyone looking to understand the state of women in the world today, the progress that we are making, and the vision for the road ahead.

The book is optimistic without being naive, acknowledging both the current progress and that which we have lost along the way. The plight of feminism appears to follow "two steps forward, one step back" in its overall path. Progress gets made, a little at a time. We are in an interesting era for everyone, for women, and for feminism. This book brings the reader along on the journey of women around the world as it is today, it shows us what is happening outside of our bubble.

Like I mentioned above, it's a great starter or even if you're a few books in. There were a few organizations mentioned that I'd never heard of but most of them were familiar. Maybe you'll find something new too!