Log in with Facebook
or
Wrong email address or username
Sign up
Already on BookLikes? Log in!
Incorrect verification code
Please, check your email, the code to access your BookLikes blog was sent to you already.
Enter code:
« Back Send
back to top
Search tags: workplace-humor

Here is a funny workplace humor for seo experts that would reduce stress and improve work quality to attract more and more organic search traffic.

The more amiable the workplace the better is your performance. Check the best funny quotes on work that will reduce your work stress. 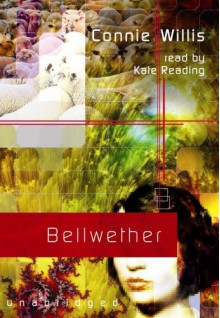 [This is an old review. I had thought I already had it cross-posted, but I couldn't find it. For once, I had a rating listed in my records and didn't have to guess at one.]

It's been almost three years since I last read a book by Connie Willis – I had forgotten how enjoyable her writing can be.

As I was writing my synopsis and trying to avoid spoilers, I realized how little actually happened in this book. There was a lot of HiTek workplace drama, and frequent breaks in the story allowed for brief histories of fads (such as dance marathons, hair wreaths, hair bobbing, and Rubik's Cubes – sometimes I Googled the more bizarre ones, just to see if Willis was making stuff up). There were also a lot of moments dealing with Sandra's fascination with Bennett's apparent immunity against fads, which I could immediately see would develop into a romance, despite the existence of Sandra's rancher boyfriend. I found all these little things fascinating, which was good, because they all added up in the end.

I'm actually kind of surprised this worked so well for me as work-time listening, because there really were so many little things I needed to keep track of that didn't necessarily know I needed to keep track of. I think perhaps the repetition of certain details helped. Romantic Bride Barbie came up a lot, as did the color of people's clothing, duct tape, etc.

One of my minor complaints about this book is that I figured out the answers to some of Sandra's questions long before she did, probably because of all that repetition, so I spent much of the book saying, “I can't believe you don't remember that that color came up before. Think. The answer is right there, you've practically worked it out for yourself already.” My annoyance increased as the book neared its end and it started to seem like Sandra was being willfully dense. Still, there was more that I enjoyed than didn't enjoy, so I was willing to write off her denseness as the result of being too close to all of the data.

Although my job isn't tenure-track and I therefore don't have to worry about research and finding funding for that research, I could still sympathize with the things Sandra, Bennett, and the others had to go through while simultaneously dealing with management and Flip. At times, it was a little like reading a Dilbert comic in novel form. One of Sandra's friends gave her advice on how to survive staff meetings and convince management to agree to let her and Bennett work together. Management didn't seem to understand anything but management buzzwords, and most of the assistants at HiTek were  completely incompetent and still managed to believe they were vital to the company.

The book occasionally got my back up a bit, because of the way those who follow fads were presented (as idiotic sheep), and some might take similar issue with most of the assistant characters (not just Flip and Desiderata, but also various waiters, cashiers, and more). There was a slightly insulting feeling to all of that. I ended up deciding that Willis had just taken situations and people that exist in real life and ramped them up a few notches, to create a world almost entirely made up of people who felt put upon when others asked them to do their jobs and people who followed fads only because everyone else was following them.

Overall, I really enjoyed this book and need to see about reading more of Willis' works. So far, the only other ones I've read are To Say Nothing of the Dog and Remake. I like her sense of humor, and I enjoyed the slight romance in Bellwether. I loved the “must be scientifically compatible” line, as well as all the other explanations for why Bennett had done things that made Sandra think he was interested in someone else. As far as this audio version goes, I thought Kate Reading did an excellent job.

I know nothing about sheep. While listening to the last disc or two, I couldn't help but wonder, are sheep really that stupid?

Also, Sandra's final graphs, incorporating everything that had happened around her and everything that a particular character had done: how would one even do that? And wouldn't it have taken hours, days, or even weeks?