Log in with Facebook
or
Wrong email address or username
Sign up
Already on BookLikes? Log in!
Incorrect verification code
Please, check your email, the code to access your BookLikes blog was sent to you already.
Enter code:
« Back Send
back to top
Search tags: wt-francis This one doesn't much grab me. The plot is complex, and we learn about horse transportation, which isn't interesting even to a gal who loves a Gantt chart. There's a married woman he pursues who obviously doesn't reciprocate. The hero is brighter than anyone expects and likes champagne and endures a horrible physical ordeal, all familiar Francis tropes. But in this story the social aspect of horseracing feels toxic and hostile to women and Freddie, the amateur dick, is part of that hostility.

Also the name Freddie is unappealing, which fits. He's condescending to his employees, doesn't see the constant sexual harassment of or by his employees as a problem, and he doesn't want to go to the police because they weren't pleasant when they asked him about a corpse.

Really, the problem is that no ending which includes Freddie carrying on won't be happy one. 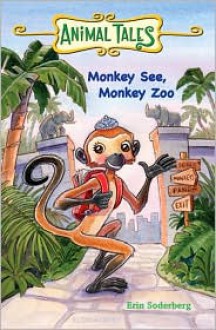 Willa loves getting treasure that falls into the Monkey Pit at the zoo even if it means she has to climb onto the ledge to get it. Getting in trouble for going on the ledge means that mama takes her dangly earring treasure. Thinking of an idea to get it back, Carter, a little boy, comes to look at the Monkey Pit and has a conversation with her. He also leaves his new backpack and he needs it for school tomorrow so Willa decides to leave the zoo and find Carter.

I enjoyed this story. I found it fun and interesting. I liked that Willa made friends outside of the zoo. The best ones were the chipmunks. Exploring the world outside the zoo was fascinating as Willa learned what was good and what was unsafe. Meeting some mean critters and people taught her to hide but she does not let it deter her quest. The other characters, especially Carter, are good. Villains abound as Willa tries to help. A good story for beginning readers. The Sheltering Sky was not good. Not good at all. So now I need something entertaining and light and most of all ... delightful.

Bring on a Paul Temple story read by Anthony Head...and set in Algiers, I assume. I loved The Lawrence Affair. It was full of suspense and quite bonkers towards the end. It still had all of the hallmarks of Paul Temple story, and Steve was again showing her pluckiness.

Why am I mentioning Steve's fortitude?

Well, I've moved on to the next story The Spencer Affair, and I've noticed that Paul has told Steve at least three times already to either stay home, stay out of danger, or withheld information from her ... for her protection.

I'm intrigued as to whether there is a progression in these stories where Steve's role gets shoved into the background of being Paul's wife rather than part of the investigation.

It would be a shame if this was the case, because this absolutely was not what the premise of the first Paul Temple story.

So far, The Spencer Affair is really weak. Apart from the issues around Steve, all we have so far is a couple of helpless damsels getting murdered, which again is quite the contrast to The Lawrence Affair.

I don't think this one (The Spencer Affair) is going to be a favourite.

Grr. This story is annoying me. We had a scene where Steve receives a phony phone call from someone impersonating Paul, she picks up that it's not Paul by something he says and decides to phone the number of where she thinks Paul is. She reaches him and they confirm that the previous call was a trap.

When they and their Inspector friend meet up again Paul and the Inspector laugh Steve's ingenuity off as "luck" and her finding and investigating a wire in their flat is dismissed as "women's intuition".

This story is pretty crap, especially when compared to earlier adventures.