back to group back to club

#1 by: Abandoned by user date: 3 years ago discussions stats 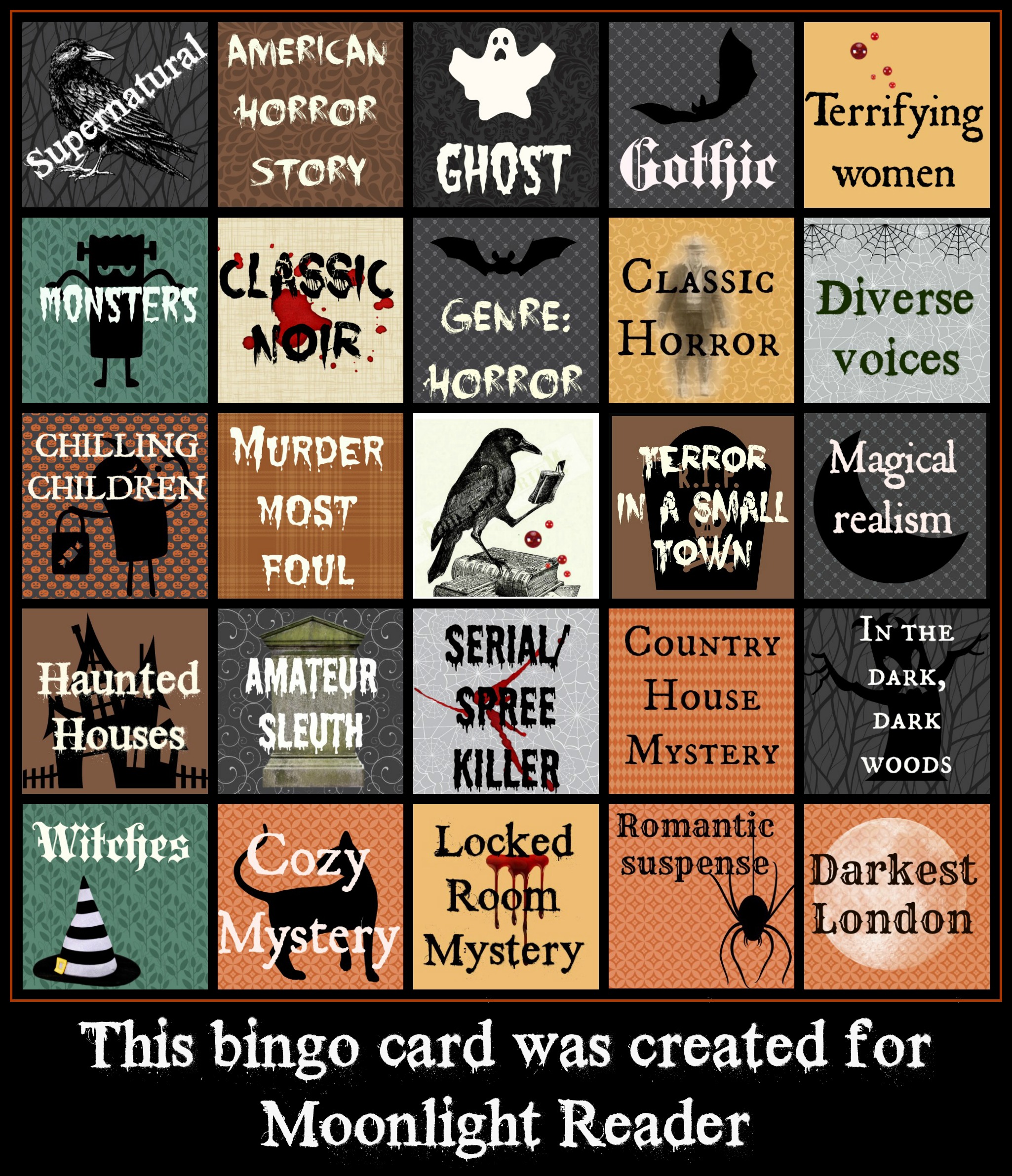 This is the bingo card I created for myself, by way of example. Each card has 24 spaces, with a free space in the middle. Readers can fill the free space with any book that qualifies for any of the 31 squares listed below. You don't have to wait for the call to fill that space!

Locked room mystery: A subgenre of detective fiction in which a crime—almost always murder—is committed under circumstances which it was seemingly impossible for the perpetrator to commit the crime and/or evade detection in the course of getting in and out of the crime scene.

Country house mystery: A closed circle mystery, occurring at a gathering like a house party.

Classic noir: A subgenre of mystery that includes authors such as Dashiell Hammett, James Cain, Raymond Chandler and Cornell Woolrich. Anything that also qualifies as "hard-boiled" will work for this square.

Murder most foul: any murder mystery!

Amateur sleuth: this mystery will have a main character who is not a member of law enforcement.

Romantic suspense: any romance which has a significant sub-plot that involves mystery, thriller or suspense.

Serial/spree killer: any book that involves a serial killer or a spree killer, no matter what genre/sub-genre it involves.

Cozy mystery: a subgenre of crime fiction in which sex and violence are downplayed or treated humorously, and the crime and detection take place in a small, socially intimate community.

Gothic: any book with significant: a genre or mode of literature and film that combines fiction and horror, death, and at times romance.

Modern Masters of Horror: horror published in or after 2000.

Supernatural: mystery, suspense or horror books which include elements that defy current understanding of the natural world, including magic, witchcraft and/or crypto-zoological aspects.

Ghost: any mystery, suspense or horror which involves a ghost, or a character who believes that the events involve a ghost.

Haunted houses: any structure or location that is, or is believed to be, "haunted" qualifies - it doesn't need to be a house.

Classic horror: horror that was published prior to 1980

Chilling children: any book tagged horror, YA horror or MG horror that includes a child or children as a main character.

Monsters: any crytpozoological or mythological creature that isn't a vampire, werewolf, or demon. Or zombie.

The dead will walk: basically, zombies.

80's horror: any horror published between 1980 and 1989, or which is set in that time period.
In the dark, dark woods: a mystery, suspense, horror or supernatural book in which a forest/woods plays a significant role, or which has a forest/woods on the cover.

Magical realism: a genre which expresses a primarily realistic view of the real world while also adding or revealing magical elements.

Terrifying women: any mystery, suspense, horror or supernatural book written by a woman.

Diverse voices: any mystery, suspense, horror or supernatural book written by an author of color.

All card requests will be taken on the "card requests" thread in the bingo group, which you can find here. I will be posting the spaces on that thread once I get up - this scheduled to drop at 5:00 a.m. my time, since I am the west coast.

You can identify up to 7 squares that you don't want to have included on your card. If you want to be surprised, let me know, and I will create an individual card by randomly excluding 7 squares.
halloween bingo 2017

If you don't see your card, and your name is on the list, look again. If you still can't find it, let me know & I will repost.

#3 by: Abandoned by user date: 3 years ago discussions stats
Reserved if needed.

#5 by: Books, hockey, and a bucketful of snark date: 3 years ago discussions stats
My exclusions

Modern Masters of Horror: horror published in or after 2000.

The dead will walk:

Already going through what's unread on my Kindle, what I had left over from last year's bingo game, and which classics and favourites I can re-read. I feel a John Wyndham splurge coming on.

#6 by: Abandoned by user date: 3 years ago discussions stats
It's in a post. I will transfer it over here in a few minutes. Just woke up!

#7 by: Grimlock ♥ Ultra Magnus date: 3 years ago discussions stats
Reply to post #6 (show post):
I deleted my post. I just realized that's where I saw it, sorry!

#8 by: Chris' Fish Place date: 3 years ago discussions stats
My Seven to exclude

#10 by: Grimlock ♥ Ultra Magnus date: 3 years ago discussions stats
Hey, I would like to try with comics since this is just for fun. Wanna just surprise me with a card?

#11 by: Abandoned by user date: 3 years ago discussions stats
Reply to post #10 (show post):
I'll post all of the cards here in a bit! Stay tuned! Grim - sure! I'll put together one for you!

#12 by: Rane Aria date: 3 years ago discussions stats
decisions decisions ..but my seven to exclude

#13 by: Abandoned by user date: 3 years ago discussions stats
Lora's Rants and Reviews gets the first card! 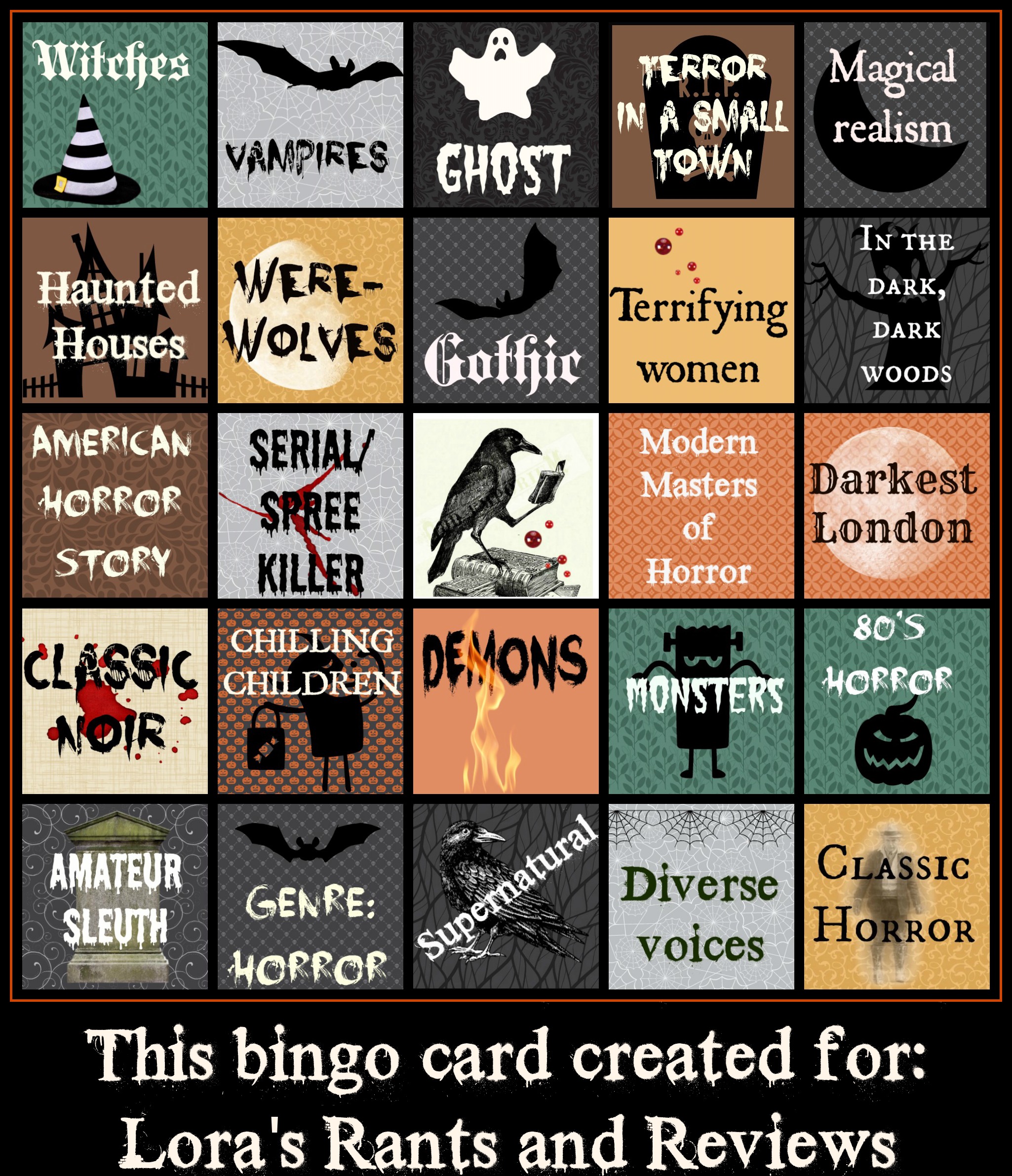 #14 by: Abandoned by user date: 3 years ago discussions stats
Books, Hockey & a Bucketful of Snark! 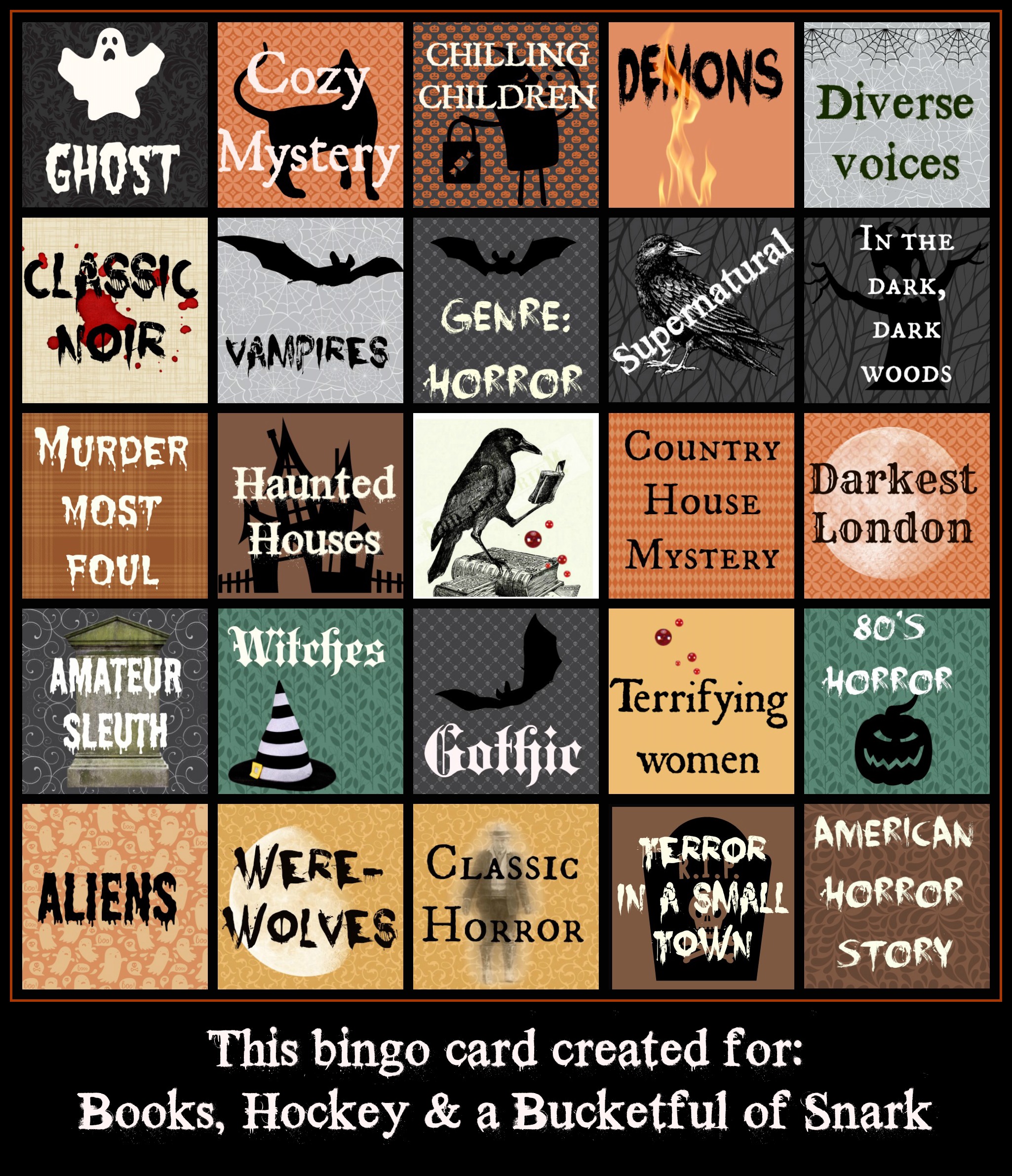 #15 by: Abandoned by user date: 3 years ago discussions stats
Chris' Fish Place & Rane - that's only six! Do you want to pick one more? If not, I'll just decide for you! :)

#17 by: Ani's Book Abyss date: 3 years ago discussions stats
This was kind of hard, but I decided that I can only take so much horror, so I have basically almost excluded all the horror choices, except for two or three. Going to keep a few for the Halloween spirit of the game! Also, I cannot with zombies. And I don't think I can think of any books with demons.

The dead will walk

Terror in a small town