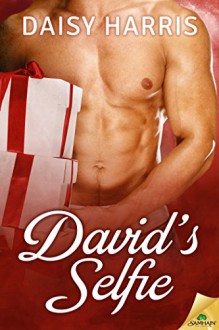 Go-go dancer Craig never would have guessed that the guy with the cute cock shot would turn out to be a doctor. Or that he’d find himself lying about his night job and worrying David will find out the truth. To complicate matters, each of their hook-ups requires days of planning. Yet before he knows it, Craig has a new boyfriend, and possibly a whole new family.

David’s ready to dive head-first into something new, but if Craig’s going to commit, he’ll need to come clean about his job, his past, and—most of all—the naughty picture that drew him to David in the first place.

6 years ago
http://bitchie.booklikes.com Bitchie's Books 3.0 David's Selfie
text David's Selfie
This was cute, but forgetful. I thought it was a bit silly for a couple of grown ass men to have such a hard time finding time/space alone to be together. David, at least, should have been able to spring for a hotel. It just brought to mind young adults rather than fully grown men, one of whom was a...
See review

6 years ago
http://dtorini.booklikes.com Cronic Bookaholic 3.0 David's Selfie
text David's Selfie
A straightforward nice and cute holiday story (which I read after holiday so the festive feeling was way off! xp ) of a go-go boy (shouldn't it be go-go MAN?) dancer and a GP.Moderate pace and angst-free. Too smuty though (whaddya expect? It all started with a dick pic! ^,^)An entertaining read!
See review

7 years ago
http://BrittaNachteule.booklikes.com My Kindle is my TARDIS 4.0 David's Selfie
text David's Selfie
4 dickpic starsDavid wants to get laid. As a doctor and a single dad of the 3-years-old Maia that's quite a challenge. When he flees out of the bar he had a blind date at, he forget his phone on the toilet. Fortunately, Craig the go-go dancer finds it and give it back to him.I really liked that Davi...
See review