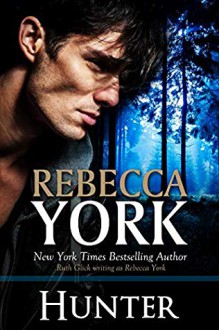 But this was no time for fantasies or recklessness. One wrong move and she could be in serious trouble. The two of them were alone, and he could hurt her if he wanted, she reminded herself. The thought of rape leaped into her mind, to be dismissed at once. He wasn’t looking at her like a would-be rapist. In fact, he didn’t look as if he were trying to embarrass her or make a point about a woman invading the guys’ locker room. There was no smirk on his face—only an expression that had become carefully neutral.
show less
Format: kindle
ASIN: B07Z42KPM3
Publish date: 2019-11-19
Publisher: Light Street Press
Pages no: 274
Edition language: English
Category:
Romantic Suspense
Series: Decorah Security (#20)

2 years ago
http://StormyVixen.booklikes.com Stormy Vixen's Book Reviews 5.0 5 Star Hunter
text 5 Star Hunter
She’s been hired to socialize a criminal whose memory has been erased, but the better Kathryn gets to know him, the more she fights to strip away the lies she’d been told. As they grow closer together, she knows every move they make puts her in grave danger. Does the man who named himself Hunter hav...
See review
see community reviews