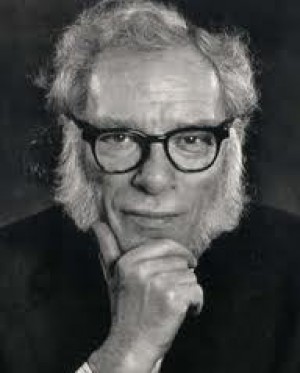 Professor Asimov is generally considered the most prolific writer of all time, having written or edited more than 500 books and an estimated 90,000 letters and postcards. He has works published in nine of the ten major categories of the Dewey Decimal System (lacking only an entry in the 100s category of Philosophy).

Asimov is widely considered a master of the science-fiction genre and, along with Robert A. Heinlein and Arthur C. Clarke, was considered one of the "Big Three" science-fiction writers during his lifetime. Asimov's most famous work is the Foundation Series; his other major series are the Galactic Empire series and the Robot series, both of which he later tied into the same fictional universe as the Foundation Series to create a unified "future history" for his stories much like those pioneered by Robert A. Heinlein and previously produced by Cordwainer Smith and Poul Anderson. He penned numerous short stories, among them "Nightfall", which in 1964 was voted by the Science Fiction Writers of America the best short science fiction story of all time, a title many still honor. He also wrote mysteries and fantasy, as well as a great amount of nonfiction. Asimov wrote the Lucky Starr series of juvenile science-fiction novels using the pen name Paul French.

Most of Asimov's popularized science books explain scientific concepts in a historical way, going as far back as possible to a time when the science in question was at its simplest stage. He often provides nationalities, birth dates, and death dates for the scientists he mentions, as well as etymologies and pronunciation guides for technical terms. Examples include his Guide to Science, the three volume set Understanding Physics, and Asimov's Chronology of Science and Discovery.

Asimov was a long-time member and Vice President of Mensa International, albeit reluctantly; he described some members of that organization as "brain-proud and aggressive about their IQs" He took more joy in being president of the American Humanist Association. The asteroid 5020 Asimov, the magazine Asimov's Science Fiction, a Brooklyn, NY elementary school, and two different Isaac Asimov Awards are named in his honor.
show less
Birth date: 1920-01-02
Died: 1992-04-06
Website: www.asimovonline.com
Category:
Mystery & Thrillers, Science, Science Fiction & Fantasy 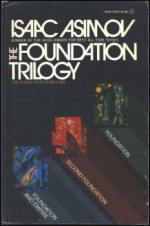 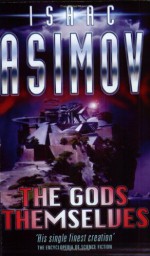 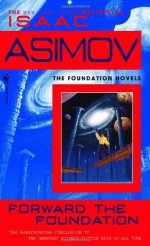 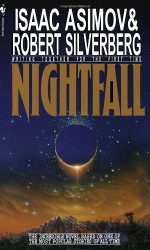 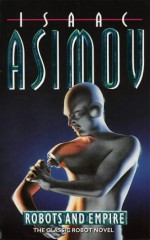 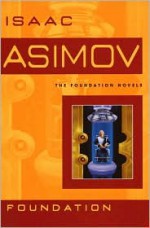 2 years ago
text I, Robot
by Isaac Azimov This is one of those SciFi classics I've been meaning to read forever, so I finally took the plunge and found it very different than I might have expected. It seemed to me like a series of short stories that merge from one to the next without apparent demarcation. On the first pa...
See review

2 years ago
text A Brief History Of Robo Sapiens In Nine Sequences
“Why … WHY does something invariably go wrong with them?”“Because”, said Powell somberly, “we are accursed. Let’s go!”Asimov’s collection of short stories is a stunning document of humanity’s struggle to find balance in a world increasingly dominated by technological progress, but with the same soci...
See review

2 years ago
text Robots, Robots, Robots
As the name indicates, The complete Robot is compiled out of all of Asimov’s robot stories, which means, that this collection also includes all stories that make up the famous I, Robot collection. There are 31 stories in total, grouped into seven categories (for example non-human robots, immobile ro...
See review

2 years ago
text Lenny
Now that’s how you write a short story about robots!
See review