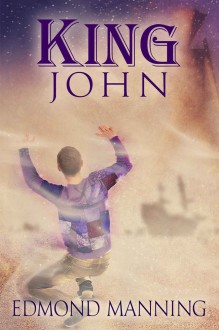 Determined to find the mysterious garage mechanic named Vin who helps men “remember who they were always meant to be,” Alistair catches his quarry amid the extravagant sculptures, fire worshippers, mutant cars, and lavish costumes. After searching for three years, he’ll finally get to ask the question burning inside him: “Will you king me?”

Wandering together through the desert, Vin Vanbly and Alistair explore Burning Man’s gifting culture and exotic traditions, where they meet the best and worst of their fellow burners. Alistair’s overconfidence in Vin’s manipulative power collides with Vin’s obsessive need to save a sixteen-year-old runaway from a nightmarish fate, and the two men spiral into uncontrollable, explosive directions.

3 years ago
http://AGandyGirl.booklikes.com A Gandy Girl 4.0 King John (Lost and Founds #4)
text King John (Lost and Founds #4)
“I’ll never forget your face. Your freshly ironed shirt. You terrified all of us. You know we almost didn’t come back the next year because you fucking freaked everyone out. You walked out of the desert followed by three wolves. Three… dogs or whatever. They walked behind you at a distance. As soon ...
See review

6 years ago
http://Meentje63.booklikes.com The Way She Reads 5.0 Fabulous fourth title in a fabulous series
text Fabulous fourth title in a fabulous series
Allow me to start this review at the end: Really, Edmond Manning, I mean really? You’re leaving me hanging on not one but two cliffhangers? I’ve killed for less—that’s all I say. Okay, now I have gotten that off my chest I should probably warn you that the chances of this turning into a coherent r...
See review