Maurice Sendak
For more than forty years, the books Maurice Sendak has written and illustrated have nurtured children and adults alike and have challenged established ideas about what children's literature is and should be. The New York Times has recognized that Sendak's work "has brought a new dimension to... show more

For more than forty years, the books Maurice Sendak has written and illustrated have nurtured children and adults alike and have challenged established ideas about what children's literature is and should be. The New York Times has recognized that Sendak's work "has brought a new dimension to the American children's book and has helped to change how people visualize childhood." Parenting recently described Sendak as "indisputably, the most revolutionary force in children's books."Winner of the 1964 Caldecott Medal for Where the Wild Things Are, in 1970 Sendak became the first American illustrator to receive the international Hans Christian Andersen Award, given in recognition of his entire body of work. In 1983, he received the Laura Ingalls Wilder Award from the American Library Association, also given for his entire body of work.Beginning in 1952, with A Hole Is to Dig by Ruth Krauss, Sendak's illustrations have enhanced many texts by other writers, including the Little Bear books by Else Holmelund Minarik, children's books by Isaac Bashevis Singer and Randall Jarrell, and The Juniper Tree and Other Tales from Grimm. Dear Mili, Sendak's interpretation of a newly discovered tale by Wilhelm Grimm, was published to extraordinary acclaim in 1988.In addition to Where the Wild Things Are (1963), Sendak has both written and illustrated The Nutshell Library (1962), Higglety Pigglety Pop! (1967), In the Night Kitchen (1970), Outside Over There (1981), and, We Are All in the Dumps with Jack and Guy (1993). He also illustrated Swine Lake (1999), authored by James Marshall, Brundibar (2003), by Tony Kushner, Bears (2005), by Ruth Krauss and, Mommy? (2006), his first pop-up book, with paper engineering by Matthew Reinhart and story by Arthur Yorinks.Since 1980, Sendak has designed the sets and costumes for highly regarded productions of Mozart's The Magic Flute and Idomeneo, Janacek's The Cunning Little Vixen, Prokofiev's The Love for Three Oranges, Tchaikovsky's The Nutcracker, and Hans Krása's Brundibár. In 1997, Sendak received the National Medal of Arts from President Clinton. In 2003 he received the first Astrid Lindgren Memorial Award, an international prize for children's literature established by the Swedish government. Maurice Sendak was born in Brooklyn in 1928. He now lives in Connecticut. 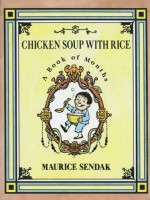 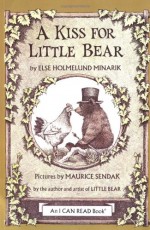 2 years ago
text
A fun picture book that was introduced to me in a Children's Literature class. It's a good book about a little boy's imagination and where it takes him. I liked how the pictures took over the space of the pages the further the little boy traveled. I definitely prefer this book over the movie adaptat...
See review

2 years ago
text "Wild Thing"
Review: Max has a wild imagination. So wild that his mother calls him "Wild Thing". Max creates his own imaginary world, after being sent to his bedroom for being to wild, He goes on this boat ride that takes him to be the king of the wild things. After a while he decides that it was time to go home...
See review

2 years ago
text
Where the Wild Things Are is about a boy who is ordered to go to his room without dinner one night. While in his room he imagines he is in a wild place full of monsters. These wild monsters demand that he become their king and the boy is full of joy until he has to sail back home. When he gets back ...
See review
see community reviews
Need help?