Susan T. Fiske is Eugene Higgins Professor, Psychology and Public Affairs, Princeton University (Ph.D., Harvard University; honorary doctorates, Université catholique de Louvain-la-Neuve, Belgium; Universiteit Leiden, Netherlands; Universität Basel, Switzerland). The HUMAN Brand (October 2013) describes how we relate to people, products, and companies along the same two ancient and universal dimensions: warmth (trustworthiness) and competence (capability). Written with Chris Malone, the book shows how we trust companies who show worthy intentions, not their ability to produce short-term shareholder profit.Envy Up, Scorn Down: How Status Divides Us (2012) is about how we compare ourselves all the time, and the problems this makes for us as individuals, partners, students, employees, and citizens. The book describes how the 1% feel toward the 99% (scorn) and how the 99% respond (resentment).She has written more than 400 academic articles and chapters, as well as editing many books and journal special issues. She has written four editions of Social Cognition (1984, 1991, 2008, 2013, each with Taylor) on how people make sense of each other. She also wrote an upper-level integrative text, Social Beings: A Core Motives Approach to Social Psychology (2004, 2010, 2014) and edited Beyond Common Sense: Psychological Science in the Courtroom (2008, with Borgida). On a regular basis, she edits the Annual Review of Psychology (with Schacter and Taylor) and the Handbook of Social Psychology (with Gilbert and Lindzey, 5e, 2010). She most recently edited, with Macrae, the Sage Handbook of Social Cognition (2012), and with Markus, Facing Social Class: How Societal Rank Influences Interaction (2012).Currently, as a social psychologist, she investigates emotional prejudices (pity, contempt, envy, and pride) at cultural, interpersonal, and neural levels, research funded by the Department of Justice, and previously funded by the National Science Foundation (1984-1986, 1995-1997), the National Institutes of Health (1986-1995), the Russell Sage Foundation (2008-2010), and the Department of Justice (2013).Her expert testimony in discrimination cases was cited by the U.S. Supreme Court in a 1989 landmark decision on gender bias. In 1998, she also testified before President Clinton's Race Initiative Advisory Board, and in 2001-03, she co-authored a National Academy of Science report on Methods for Measuring Discrimination. In 2004, she published a Science article explaining how ordinary people can torture enemy prisoners, through processes of prejudice and social influence. Most recently, she has been elected to the National Academy of Sciences and the American Philosophical Society. Previously, she won several scientific honors: the APA Distinguished Scientific Contributions Award and the Society for Personality and Social Psychology Donald T. Campbell Award, a Guggenheim Fellowship, and the William James Fellow Award from the Association for Psychological Science. Prior to those, she won the American Psychological Association's Early Career Award for Distinguished Contributions to Psychology in the Public Interest for anti-discrimination testimony and the Society for the Psychological Study of Social Issues' Allport Intergroup Relations Award for ambivalent sexism theory (with Glick), as well as Harvard's Graduate Centennial Medal. She was elected President of the Association for Psychological Science, President of the Foundation for the Advancement of Behavioral and Brain Sciences, President of the Society for Personality and Social Psychology, Fellow of the American Academy of Political and Social Sciences, Fellow of the American Academy of Arts and Sciences, and Corresponding Fellow of the British Academy.Her graduate students conspired to nominate her for Princeton's graduate mentoring award in 2009. She also won the Mentor Award from colleagues at the Association for Psychological Science and the Codol Service Award from colleagues at the European Association of Social Psychology. She is grateful to them and to all her generous colleagues for these recognitions that all in fact reflect collaborative work. Please see her lab webpage: http://fiskelab.org.Her expert witness work has familiarized her with workplace discrimination in settings from shipyards and assembly lines to international investment firms, and she has served on diversity committees in several nonprofit settings, including Princeton's Carl A. Fields Center. She grew up in Chicago's Hyde Park (Obama's neighborhood!), a stable, racially integrated community, and she still wonders why the rest of the world does not work that way. She now lives in Princeton and Vermont with her sociologist husband Doug Massey, with treasured visits by daughter, stepdaughter, stepson, and his family. 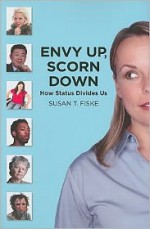 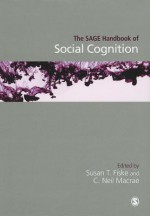 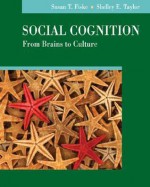 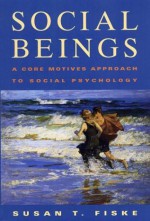 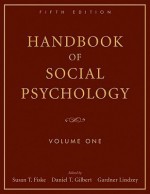 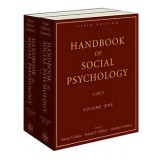 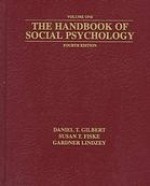 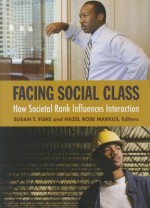