Log in with Facebook
or
Wrong email address or username
Sign up
Already on BookLikes? Log in!
Incorrect verification code
Please, check your email, the code to access your BookLikes blog was sent to you already.
Enter code:
« Back Send
back to top
Search tags: 2016-halloween-book-bingo 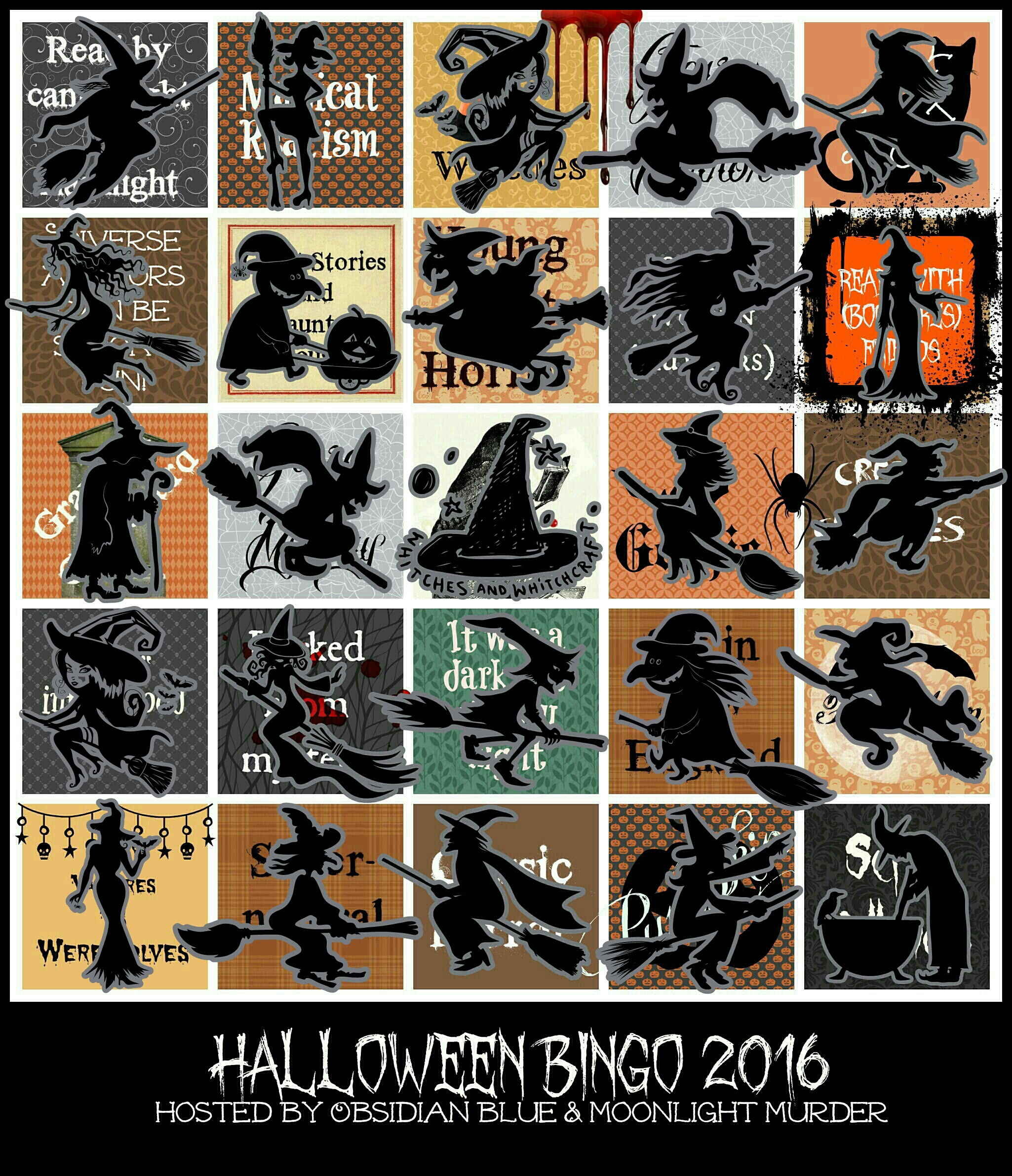 Read by Candlelight or Flashlight- The Factory by Mark West

Magical Realism- The Girl From Everywhere by Heidi Heilig

Young Adult Horror- One Was Lost by Natalie Richards

24. "Fall" into a Good Book- Rage of the Fallen by Joseph Delaney

It was a Dark & Stormy Night- Stranded by Bracken MacLeod

25. Set in New England- The Shunned House by H.P. Lovecraft

Vampires vs. Werewolves- Silver In The Blood by Jessica Day George

Set on Halloween- The Worst Best Halloween Ever by Barbara Robinson Rage of the Fallen is the 8th book in The Last Apprentice series by Joseph Delaney. Tom, the Spook's apprentice, has made a lot of enemies in his three years fighting the dark. One of his enemies, Morrigan -the goddess of witches has told him not to ever set foot in her homeland of Ireland but the war is still raging in their own country so Tom, the Spook & Alice must flee there anyways. His other very powerful enemy, the Fiend, is also still hunting him in hopes of catching him unguarded. The Spook decides that it's time to go on the offensive and bring the Fiend down so Tom joins forces with Grimalkin- the witch assassin, who trains him and helps him battle and bind the Fiend once and for all.

After eight really well written books I'm starting to run out of things to say! All of them have been so good and this one was no different. The audio narrator, Evan Welsh, is just marvelous! I think it would be extremely hard to talk like a witch or demon or boggart etc. but he does it so effortlessly and he sounds just like what you'd expect a creature of the dark to sound like. If you're a fan of these type of stories, then you can't go wrong with this series. It's perfect for older kids as well as adults. I liked it a lot. It's about a judge that's found murdered in his study which no one had access to. There was also 1 gun found, 1 suspect in the room & 3 bullets from 3 different guns so where did the other 2 bullets come from??  It was a fun locked room mystery and I didn't figure it out until the very end after all of the clues were pretty much announced already. : )

This was a favorite of mine particularly because the setting was a bookstore. Some one had been stealing rare and valuable maps, prints & documents from the store during the hours of 11-2. The owner, Mr. Rothman, was at a loss to who was committing the thefts because the store had a faulty alarm system, sensors, locked windows and fire doors and he had taken back the two keys to the antiquarian room after the first theft occurred. So Mr. Rothman hires a private investigator to pose as an employee in hopes of catching the thief.

From Another World by Clayton Rawson- 5 stars

In From Another World, a very wealthy man that's been murdered and an unconscious psychic apport medium, are found inside his study which has been sealed from the inside. Merlini, the famous magician, was asked in by police to help discover how the murder was committed. I liked this one a lot because of its paranormal and magic undertones. It was pretty entertaining and a challenge to figure out.

Day of the Wizard by Edward D. Hoch- 2 stars

This mystery features one of Hoch's leading characters, Simon Ark, who is said to be a two-thousand year old Coptic priest. He is asked to "solve the mystery of a wrecked plane in the desert and its strange cargo, an enigmatic magician and a drugged blonde. This one started out pretty good but I didn't care for how it ended and the multiple threads weren't tied together very well it seemed like. I just felt confused when it ended instead of satisfied.

I read this for my 2016 Halloween Bingo: ~Locked Room Mystery~ square.