Log in with Facebook
or
Wrong email address or username
Sign up
Already on BookLikes? Log in!
Incorrect verification code
Please, check your email, the code to access your BookLikes blog was sent to you already.
Enter code:
« Back Send
back to top
Search tags: Alice-Hoffman Alice Hoffman is an incredibly accomplished and versatile writer who has been solidly publishing for close to five decades. I've been reading her for thirty years - my first book by her was Turtle Moon, all the way back in the 1990's. I've read probably half dozen of her books.

Faithful is a contemporary story that is pretty light on her trademark magical realism. The basic plot revolves around Shelby, who is 17 when she is the driver in a horrific traffic accident that leaves her best friend, Helene, in a coma. Shelby's life is destroyed right along with Helene's - her guilt and self-hatred are so all consuming that she feels that she has no right to any level of happiness.

The two elements of magical realism didn't really work. There is a minor subplot dealing with Helene that suggests that she has healing powers. This was completely peripheral to the story and made no sense. There was also a plot device where Shelby periodically received postcards that told her to "Say Something" when she wasn't able to speak due to trauma, or "Do Something" when she was thinking about moving away from her home to NYC. These ended up having a fairly pedestrian explanation that also didn't work for me at all.

The writing is excellent, because Alice Hoffman can definitely write. And I found Shelby's arc as she puts her life back together to be really touching. She made some terrible decisions along the way, but she made some good ones, too, most particularly in her choice of befriending a single mom named Maravelle with three kids. That relationship, along with her relationship with her mom, anchors Shelby.

This isn't a romance, but Shelby's relationships with a few men are explored. This was the least effective part of the book to me, although her nearly relentless tendency to self-sabotage made sense and was consistent with both her character and with what a person who considers herself worthless would do.

I'd say that this is a lesser Hoffman, but I still couldn't stop reading it and finished it in a couple of hours. It ends on a hopeful note - we leave Shelby with the sense that she will be okay, and that she has earned her redemption. 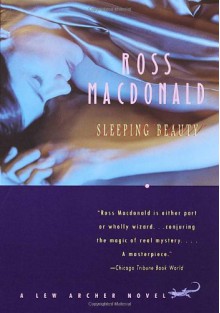 I'm taking a page from Tigus's book (see what I did there, lol) and posting my next 4 planned books!

Mrs. Palfrey at the Claremont by Elizabeth Taylor

Down Among the Dead Men by Patricia Moyes Honestly, Alice Hoffman writes short stories like no one's business. She is the first short story in Amazon's "Inheritance Collection" which looks at five fiction masters reveal that what is past is passed—inside households, across generations, and within the families of our own making. I honestly am not in the mood to read all of the short stories though. I read Hoffman's and loved it and went ehh on the second story and decided to cut my losses at this point. Hoffman's story hits high notes and makes you feel as if you are standing alone with the main character (pre-teen Adeline) in the 1900s in Massachusetts.

"Everything My Mother Taught Me" follows young Adeline who is grieving her father. Her mother she understands does not love her and did not love her father while he was alive. Because of the times, the two are forced to go off so her mother can find work as a housekeeper to a set of lighthouse keepers off the tip of Cape Ann. Hoffman describes a desolate place that slowly becomes beautiful to Adeline. Adeline has not spoken since her father has died, but she can see what is happening all around her. And once again she realizes that her mother is only showing one side of herself to others.

I loved this story from beginning to end. Hoffman makes short work of packing punches in her stories. There's a reason why I have read most of her anthology work at this point. She makes you feel as if you are in the middle of nowhere along with Adeline watching how her mother is slowly wrecking another person's life.

I loved the ending and wanted to read more which is all you can ask for as a reader when you get to the end of a very good book, or in this case, short story.