Log in with Facebook
or
Wrong email address or username
Sign up
Already on BookLikes? Log in!
Incorrect verification code
Please, check your email, the code to access your BookLikes blog was sent to you already.
Enter code:
« Back Send
back to top
Search tags: Angie-Sage I really like this series. Yes, it's predictable but in a good way. The cover and illustrations are gorgeous and there is a map. The story is well written, characters likeable and the world interesting.
Great fantasy book for children. 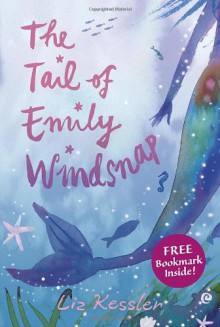 I have a 9 year old who is reading through everything! At school they us the AR point system to track their reading. We have not even finished a quarter of the school year and she's at 82 points. To put that in perspective, most of the other students in her class will achieve that number by the end of the year. I want her to be challenged but I also don't want her reading books with content that's over her head. I linked to some of the books she's read recently and loved.

Help me find more books for my 9 year old! Currently she's working her way through anything by Beverly Clearly. I'm trying to direct her towards SuperFudge or other Judy Blume books with little success. Piggle Wiggle and Pippi Longstocking are also on my radar. She really likes books in a series. I'm pretty sure she has read and owns just about every American Girl book ever written.

I have no idea what to do with her. While I have always loved to read, I wasn't the reader she is when I was 9. I just didn't have access to books the way she does. It was Nicko's first night out of the House of Foryx, and Jenna thinks he is going a little crazy.

Some hours previously, on Nicko's insistence, Septimus and Spit Fyre took Jenna, Nicko, Snorri, Ullr and Beetle to the Trading Post - a long string of harbors on the edge of the land where the House of Foryx lies hidden. Nicko had been desperate to see the sea once more, and no one, not even Marcia, felt able to refuse.