Log in with Facebook
or
Wrong email address or username
Sign up
Already on BookLikes? Log in!
Incorrect verification code
Please, check your email, the code to access your BookLikes blog was sent to you already.
Enter code:
« Back Send
back to top
Search tags: Austrian-literature 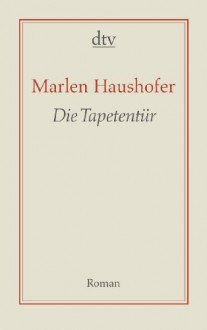 It’s a well-known truth that love has the potential to make blind for anything unpleasant involved and at all times writers gladly took up the theme to dwell on the tangle and the suffering that results from it. In the history of literature there are scores of novels – all-time classics and probably many more forgotten ones – surrounding ill-matched couples whose relationships are doomed from the start however much they try to bridge the factual, emotional, social or psychological divide. The Jib Door by Marlen Haushofer is an impressive, though often overlooked example of an Austrian novel dealing with passionate love leading into a marriage that is based on the desperate longing to escape loneliness in a “normal” life with a husband and self-denial. First published in 1957, the primarily male critics of the time showed all but enthusiasm for the book because they had neither an interest in nor an understanding for what might be called the female condition in a patriarchal society.

The Jib Door is a short novel set in Vienna of the late 1950s that covers a period of only twelve months in the life of thirty-year-old Annette. To tell her story the author skilfully alternates third-person narrative focussing on the protagonist and diary entries that allow a more personal look into her soul. Above all the latter show Annette as a very intelligent and well-read young woman (she likes Kant and Schopenhauer) who despite all contents herself with an unchallenging job as a librarian. From the beginning the novel’s tone is melancholic which corresponds perfectly with her sad past and dull present. Of her family there’s nobody left but her much adored uncle Eugen who raised her together with his rather rigid late wife Johanna. Her mother died when she was two years old and her father, who couldn’t cope with the situation, fled to South America some time later. For years she has been living on her own in her little Viennese apartment enjoying her independence and even being alone. She has many friends with whom she meets regularly and in her adult life she already had several love affairs, but they all ended in boredom and disappointment. Her current relationship is no exception and when her lover leaves her for a job in Paris, she feels relief rather than regret. Then one day she receives a letter from the solicitor Gregor Xanthner because her father has died and she needs to sign papers. To her he seems the paragon of health and happiness, and yet, she doesn’t feel attracted to him at first. However, the more Annette sees of him, the more she falls for him although her friends can’t stand him and she knows that he’ll inevitably hurt her. Annette becomes Gregor’s lover and when she gets pregnant, she gives up her job, her apartment, her independence to marry him and share his life. But he isn’t interested in her as a person and Annette feels increasingly lonely. Moreover, she knows that he betrays her with others when he doesn’t come home for dinner at night. She still clings to him hiding her knowledge and all the while her belly is growing rounder and rounder…

In this second novel of hers – that like her other works gives the impression of being at least partly autobiographical – the author paints a very sensitive, psychologically deep and impressive portrait of a young woman in post-war Vienna who longs for love and slides eyes wide open into a relationship that brings her despair and pain instead. Consequently, the protagonist’s pointed reflections on men and love turn out to be rather resigned and gloomy. The Jib Door by Marlen Haushofer definitely isn’t a cheerful book, but thanks to its simple and unpretentious language it was despite all a mere treat to read. And it deserves a much wider audience.

This Austrian writer’s best remembered and most acclaimed work to this day is a rather impressive dystopian novel that she wrote in the early 1960s. It’s titled The Wall and in June 2014 I reviewed it here on Edith’s Miscellany . This novel by the so far only Austrian Nobelist in Literature - Elfriede Jelinek - is from the 1970s, thus an early work of the author who is better known today as a playwright and a rather  controversial one that is.

Women as Lovers is a rather disillusioned story about two young women or actually girls called Brigitte and Paula who have grown up in miserable circumstances in Vienna and in a small village somewhere in the countryside respectively. They both believe that Mr. Right will be their ticket to happiness and so they do everything in their power to catch him. But then they find that reality isn't at all the way they expected. A small Austrian town isn't a bed of roses, especially not when you have been born with a visible defect like the protagonist of this shattering short novel from the early 1990s.

In Winter Quarters the author depicts the fate of a woman in her early forties who is doubly handicapped: she was born with a limp and her surroundings crippled her emotionally. Lacking self-esteem and missing love she is easy prey for a brute of a man who wants a comfortable home and a servile woman who lets him do as he likes - domestic violence included. Her surroundings don't see or pretend not to see what is going on. But although she is weak on the outside, anger is boiling under the surface. Where will it lead?