Log in with Facebook
or
Wrong email address or username
Sign up
Already on BookLikes? Log in!
Incorrect verification code
Please, check your email, the code to access your BookLikes blog was sent to you already.
Enter code:
« Back Send
back to top
Search tags: Beasts 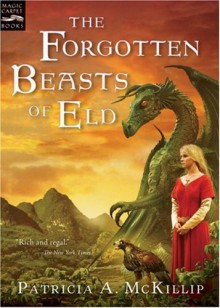 Old style medieval Fantasy with wizards and dragons, magical animals and a child who must be hidden.

The narrative reeks of fairy tale, yet doesn't come over as a children's story. Although it has the usual patriarchal society, the main character is a strong female.

I can see why Patricia McKillip is so well-known and highly regarded. How I've missed reading her before is a mystery to me! She weaves magic and drama together artfully so that the impossible feels perfectly believable and I found it easy to care about the characters, especially Tam.

She addresses hard choices and issues of human nature in a way that engages the reader in the lives of the main characters rather than preaching. Though her style is definitely for my fairytale-like Fantasy moods, I will definitely be reading more of her work. This was apparently one of her early ones, now re-issued.

There were some surprises and a lot of conflict near the end that I couldn't see a way out of, so kept me interested and gave me a resolution that I didn't see coming. Highly recommended for Fantasy fans. 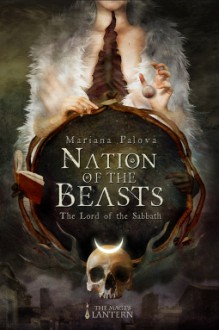 Another story written in present tense. Why do they do it? This one fooled me because the Prologue was in past tense and drew me in, but when the story proper starts, it's in present tense and sometimes switches to second person.

Elisse is a white boy who is used to living in a Tibetan temple in India, but he has been sent to New Orleans for his own safety when the Chinese raid the temples. His English is heavily accented and he has been in a refugee camp, where showers are a luxury. Culture shock is the first of his challenges.

The narrative sometimes changes mid-chapter, slipping from first person to second person. It's a little jarring, as is the sudden changes of tense or person and what looks like a misplaced chapter of a detective story that interjects into the story about Elisse without explanation, albeit set in the same city. This gets tied in a little later.

The writing itself is good, apart from the person and tense anomalies, but intermittent continuity made the early chapters rather difficult to follow. There's a supernatural aspect involved that kept me wanting to see where it was going to go. Elisse sees demons and explains away his occasional injuries as sleepwalking and nightmares, knowing that explaining the truth would land him in an asylum.

The plot itself is very interesting and Elisse is an easily likeable character. Things start heading towards explanations about a quarter through and I found myself wanting to keep reading at the end of each chapter.

All things considered, an unusual and original story worth reading, despite the tense and person changes that kept throwing me off. 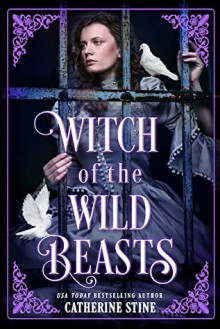 Eighteen year old Evalina Stowe watched in horror as her customer, Dr. Dowdrick strangles Evalina's brother for dropping his suit at the tailor shop they work for in nineteenth century Philedelphia.  Evalina stabs Dr. Dowdrick with scissors as a swarm of angry wasps descends upon him.  After her brother's death, Evalina is on the run.  She finds work scaring birds from a field, but finds it is easier to befriend the birds.  When her boss confronts her, one of Evalina's birds chokes him and Evalina is imprisoned at Eastern State Penitentiary for murder.  While imprisoned, Evalina practices controlling her emotions to call upon the animals that visit her cell.  Soon she is able to give directions to mice, birds and bugs.  Evalina also discovers that Dr. Dowdrick is still alive and is running cruel experiments on prisoners, including Evalina's cell neighbor.  With the help of her animals friends and other inmates including a  Welshman named Birdie, Evalina hatches a plan to use her gifts as well as Dr. Dowdrick's greed for his own demise while gaining her freedom back.
I was really pulled in by the premise of Witch of the Wild Beasts, a 19th century witch in America who is in Philadelphia's Eastern State Penitentiary.  Evalina's character is strong, smart and resourceful.  While her powers were integral to the story, they weren't a magic cure all to her problems, Evalina still had to think on her own and use her own willpower.  I was very interested in the setting of Eastern State Penitentiary and the medical advancements of the time, especially with women's health. The author uses rich historical detail and elements of the time period to create the setting of Eastern State Penitentiary. The descriptions of the prison's special architecture allowed me to easily envision the space that Evalina was in.  I was amazed that Charles Dickens actually did visit the Penitentiary as well as medical advancements in sanitation, midwifery, and plastic surgery that were developed in this time period.  The writing and plot moves very quickly, which didn't lead to a lot of character development other than Evalina herself, but did keep the pace moving very swiftly and kept my interest high. With this, the romance wasn't as developed, however this was not the focus of the story.  Overall, Witch of the Wild Beasts is a historical fantasy with a strong female lead and touches of magic and romance.
This book was received for free in return for an honest review.
historical fantasy
Like Reblog Comment
show activity (+) 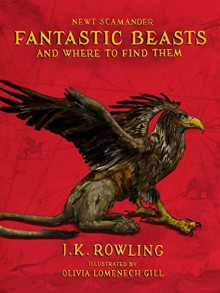 Such a beautiful book. This is my go to book for Cryptozoologist and I found this gorgeous new illustrated one that I had not read before. I know the story is pretty much the same, but the gorgeous art brings so much life to the beasts. 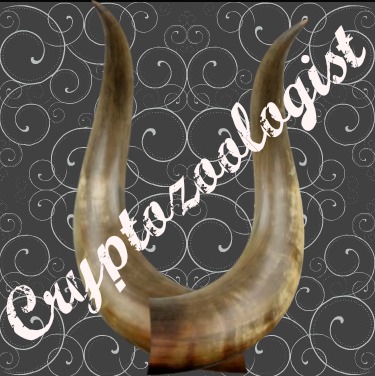 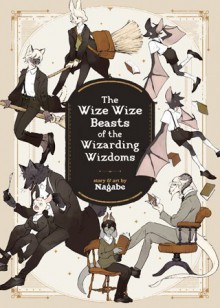