Log in with Facebook
or
Wrong email address or username
Sign up
Already on BookLikes? Log in!
Incorrect verification code
Please, check your email, the code to access your BookLikes blog was sent to you already.
Enter code:
« Back Send
back to top
Search tags: Book-Challenge 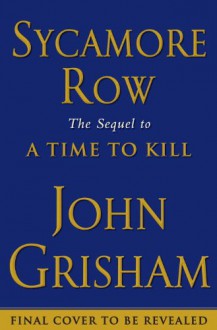 I was pretty excited when I bought this book as a gift for my husband, who is a huge John Grisham fan. When I saw the word sequel to “A Time To Kill” I got so worked up that I did not even bother to read the synopsis, nor read book reviews from the net, which I usually do before I purchase any book… just straight away cash it in the counter. So, imagine my frustration when upon reading it I realized it wasn’t at all related to the story of the Haileys or a mention of what had happened to little Tanya, but instead a follow through on the career of the young and vibrant lawyer, Jake Brigance.

But still keeping the faith on our beloved Grisham, I kept reading and gave it a shot. And I wasn’t disappointed at all by the time I put the book down. Sure, there are times that I wanted to give up as I felt there’s just too many back stories going on and Im finding it difficult to keep up. There were even times I got lost from the main point of the story, wishing that Grisham could have focused on another arch instead. But it all came clear, and understanding set in, once the courtroom action has commenced. And I would like to make special mention of the two of my favorite characters of the book- the erratic figure, Lucien Wilbanks and the contrarian, Harry Rex- who in my opinion had both been the life of the party. Without them, the story would have been just too dull to read.

As always, I have a learned a thing or two again from Grisham, from the litigation proceedings, important legal terms and drills, and truths that I never would have thought possible even with the nature of the racial discrimination that the African Americans had endured for the last century

Yes, I started reading the book with a hint of disappointment, but I was relieved and thankful at the turn of the last page.

7
quote 2013-10-17 14:10
“You don't understand!" whined Pettigrew. "He would have killed me, Sirius!"
"THEN YOU SHOULD HAVE DIED!" roared Black. "DIED, RATHER THAN BETRAY YOUR FRIENDS, AS WE WOULD HAVE DONE FOR YOU!"
Black and Lupin stood shoulder to shoulder, wands raised.
"You should have realized," said Lupin quietly. "If Voldemort didn't kill you, we would. Goodbye, Peter.” 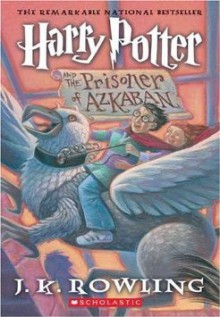 Ugh, God, I love that scene. I don't know how many times I've read it. The intensity is just perfect. I love that their friendship was so strong, and their reaction to the ultimate betrayal. That final line. So. Damn. Good. I really need to read this series again — this book in particular. Just going through quotes reminds me how much I love it. So I've included honorable mention quotes below because I love them and I want to, dammit:

“I solemnly swear that I am up to no good.”

“Where is Wood?" said Harry, suddenly realizing he wasn't there.
"Still in the showers," said Fred. "We think he's trying to drown himself.”

“He was my mum and dad's best friend. He's a convicted murderer, but he's broken out of wizard prison and he's on the run. He likes to keep in touch with me, though...keep up with my news...check if I'm happy...”

“Lily and James only made you Secret-Keeper because I suggested it,” Black hissed, so venomously that Pettigrew took a step backward. “I thought it was the perfect plan... a bluff... Voldemort would be sure to come after me, would never dream they’d use a weak, talentless thing like you... It must have been the finest moment of your miserable life, telling Voldemort you could hand him the Potters.”

“Get off me,” Harry spat, throwing Pettigrew’s hands off him in disgust. “I’m not doing this for you. I’m doing it because — I don’t reckon my dad would’ve wanted them to become killers — just for you.”

I COULD QUOTE THIS ENTIRE SCENE I LOVE IT SO.

“When one wizard saves another wizard’s life, it creates a certain bond between them. And I’m much mistaken if Voldemort wants his servant in the debt of Harry Potter.”
“I don’t want a connection with Pettigrew!” said Harry. “He betrayed my parents!”
“This is magic at its deepest, its most impenetrable, Harry. But trust me, the time may come when you will be very glad you saved Pettigrew’s life.”

“I don't go looking for trouble. Trouble usually finds me.”

“You think the dead we loved ever truly leave us? You think that we don’t recall them more clearly than ever in times of great trouble? Your father is alive in you, Harry, and shows himself plainly when you have need of him. How else could you produce that particular Patronus? Prongs rode again last night.”

“I'll understand, of course, if you want to stay with your aunt and uncle,' said Sirius. 'But...well...think about it. Once my name's cleared...if you wanted a...a different home...'

Some sort of explosion took place in the pit of Harry's stomach. 'What — live with you?' he said, accidentally cracking his head on a bit of rock protruding from the ceiling. 'Leave the Dursleys?'

'Of course. I thought you wouldn't want to' said Sirius quickly. 'I understand. I just thought I'd —'

'Are you mad?' said Harry, his voice easily as croaky as Sirius. 'Of course I want to leave the Dursleys! Have you got a house? When can I move in?”

“I want to commit the murder I was imprisoned for.”

“Bad news, Harry. I've just been to see Professor McGonagall about the Firebolt. She – er, got a bit shirty with me. Told me I'd got my priorities wrong. Seemed to think I cared more about winning the Cup than I do about staying alive. Just because I told her I didn't care if it threw you off, as long as you caught the Snitch first.”

“I'm not going to be murdered," Harry said out loud.
"That's the spirit, dear," said his mirror sleepily.”

“If you made a better rat than a human, it’s not much to boast about, Peter.”

“The consequences of our actions are always so complicated, so diverse, that predicting the future is a very difficult business indeed.”

“Once again you've put your keen and penetrating mind to the task and as usual come to the wrong conclusion!”

“HARRY, THIS IS NO TIME TO BE A GENTLEMAN!" Wood roared as Harry swerved to avoid collision. "KNOCK HER OFF HER BROOM IF YOU HAVE TO!”

“Besides, the world isn't split into good people and Death Eaters. We've all got both light and dark inside us. What matters is the part we choose to act on. That's who we really are.”

"You sometimes have to join forces with those you'd rather avoid.”

“It’s cruel that I got to spend so much time with James and Lily, and you so little. But know this; the ones that love us never really leave us. And you can always find them in here” 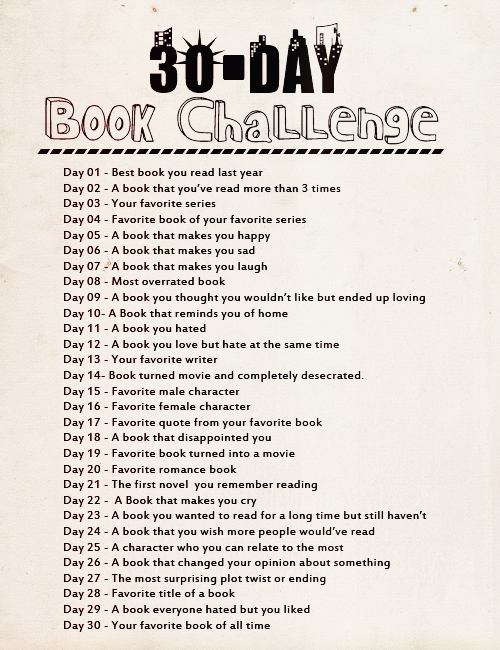 Day 17 asks me for my favorite quote from my favorite book, so I'm just going to reveal that this quote is from Nancy Farmer's "The House of the Scorpion" which is one of my favorite books, but not the only one.  I'll leave it at that because it's such a simple prompt.

Day 17 - favorite quote from one of my favorite books