Log in with Facebook
or
Wrong email address or username
Sign up
Already on BookLikes? Log in!
Incorrect verification code
Please, check your email, the code to access your BookLikes blog was sent to you already.
Enter code:
« Back Send
back to top
Search tags: Book-Info

I don't know how long it's going on but right now this book is $1.99 on Amazon.  I've been wanting to read it for awhile, so I jumped at such a great price.

Audible is offering Adam Mansbach's new book You Have to F--king Eat for free till next month. This is a follow up of Go the F--k to Sleep, which is hilariously funny.

This book is read by Bryan Cranston from Breaking Bad.

I don't know how wide this offer will be but thought some of you'd like to know. I posted previously that we were going to scope out how the refurbished 2nd floor of our library looked. It was beautiful! Some of the shelves got reused but much of it was lovely, light colored wood, a new desk area for the reference section, and great places to curl up with a book. We stayed until we were basically kicked out.

I also picked up some books I'm looking forward to attempting to read. Not sure I can get through all of them, but I'm going to give it a serious try. These will cover the books I picked up yesterday as well. I'm NOT planning to get through all these in two weeks. Most of these I'll renew the full amount possible. 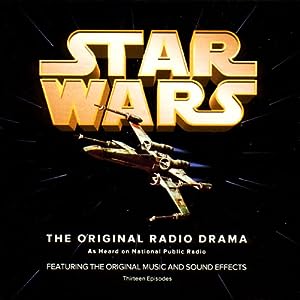 I don't know if anyone here is on Audible but I just found this is the daily deal. I can highly recommend it, as I own the complete set of the original trilogy. It is a great dramatization and while only two actors reprise their roles (Mark Hamill and Anthony Daniels), the voices are well chosen and don't take long to get used to. This also has some 'deleted scenes' added back in so we learn more about Luke's friend Biggs and so much more. I'm planning to listen to these soon and do reviews but for now, lets just say if you like Star Wars, you should try this. The second book in Amanda Hocking's "Watersong" series is out and on sale from November 27, 2012.

- the author wanted to name Alex’s character as Fitzwilliam but at the end chosen Alex;
- the girl seen on the book cover is supposed to be Harper
- the book was born while listening The Florence and the Machine
- there’s strong allusion to “Jaws” in a book - the town Capri was inspired by Amity from “Jaws”
- the book is written with the accompany of Amanda’s two pets: Elroy the dog and Sophie the cat.

Description: Harper only wanted a safe, normal life. But when her younger sister Gemma runs off with a dangerous clique of beautiful girls, Penn, Thea, and Lexi, everything changes. Vowing to get her sister back no matter what the cost, Harper must face dangers unlike any she's ever experienced. Fortunately, she has Daniel by her side, a gorgeous guy who's devoted to helping her find her sister—and who's immune to the girls' dark powers.

While Harper searches for her sister, Gemma struggles to adjust to her new life.  Gemma's powers are growing by the day, and the longer she lives with her new "sisters," the harder it is to resist entering their magical world.  It's a realm both dark and beautiful, and where she's plagued by strange hungers and unspeakable needs.  Just as she's drifting far away from her old life,  Harper and Daniel find her...but no one can deny how much she's changed.  All she wants is to return to her family and the mortal world, but how can she do that when she's become something else entirely—and will they still love her once they learn the truth?