Log in with Facebook
or
Wrong email address or username
Sign up
Already on BookLikes? Log in!
Incorrect verification code
Please, check your email, the code to access your BookLikes blog was sent to you already.
Enter code:
« Back Send
back to top
Search tags: Carolyn-Brown 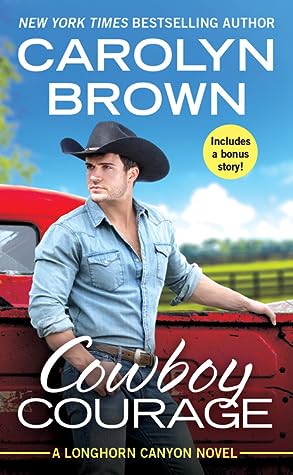 Longhorn Canyon #6, Yay! It's Hud finally. A second chance romance. Rose, Hud's middle school crush, shows up in town to help her great aunt run her B&B and gift shop while she's on vacation with the Fab 5. Rose is at a crossroads in her life right now she can either re-up in the Army or do something else with her life as long as it's not going back to her family in the commune. One thing she knows for sure she's not going to make a decision based solely on a guy, not even a guy she's never stopped thinking about since she left without saying goodbye. Hud knows it's her choice whether to stay or not and seeing how there is not a opportunities for a multilingual language specialist he's worried he's going to lose her before they even get the chance.

In a funny Murphy's Law sort of way Rose and Hud are pushed to their limits. Both Rose and Hud have to face some truths before they can finally admit their feelings but when they do nothing will keep them apart not even a tornado in January. I really enjoyed this book. I loved Hud and Rose. I would love to see more of Great Aunt Luna she's my kind gal. Overall, this is a fun read Hud is a real sweetheart and Rose is a bright head strong woman  who picks her battles wisely. I am really looking forward to Pax's story next. 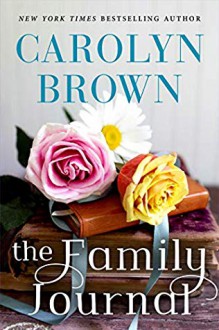 Brown takes a snapshot of the heart at it's most vulnerable and then puts it in our hands for safekeeping. The Family Journal dares to expose every emotion we're too afraid to face, but determined to conquer anyway. Lily and Mack are evidence that there is beauty in the heartache and wisdom in the lessons we learn from the experience. Ever since losing his best friend in a motorcycle accident, Taggart Baker wants to make every moment count. No dare is too dangerous, no adventure too crazy for this cowboy. But after one bad brush with the law, he realizes it's time to ditch his hooligan friends and grow up. Now he's running his own ranch next to the Longhorn Canyon spread in Texas. Still, no one would ever call him tame.

As with all of this author’s books, I really enjoyed this one. She has a talent for writing fully fleshed out characters and a full, emotional story. I loved both Taggart and Nikki as well as their journey together. I highly recommend.

I've started my Season's Readings, I'm going to try every Monday to post a New or Favorite Christmas read. 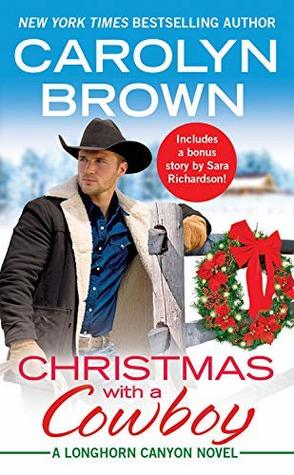 Longhorn Canyon Ranch #5, Maverick Callahan hasn't been the same since he got back from his Ireland vacation with his Grammy Iris. Since then he has been helping his cousins set up their ranch but when Grammy falls out the pear tree and has to have her hip replaced and her foreman goes off to visit family she needs help around the ranch. She already has a housekeeper, the granddaughter of her best friend whom she invited over to spend the holidays.
Bridget O'Malley lost her best friend, gained guardianship of a new born baby, Laela, and lost her grandmother all in a couple months of each other. So when her grandmother's best friend, Iris, calls and offers her a place to stay and spend the holiday while making some money she jumps at the chance, even if that means leaving Ireland for a couple of months.

Bridget and Maverick met in Ireland on his last night there and spent the night together, since that night neither has been able to stop thinking about he other but they didn't exchange number or even get each other's last names. When Bridget gets to Texas she never expected to find her cowboy is none other than Iris's grandson. But she's not he same girl she was a year ago she's a mother now and just can't fall into bed with a good looking cowboy. Maverick knows as soon as he sees Bridget again it was fate. He wants her to stay but he just a cowboy with nothing to his name, he has nothing to offer her except his love. Bridget is torn between her love for Maverick and her love of Ireland, she worried that things aren't going to last, that her homesickness will make her miserable, she worries about a lot of things but her love for Maverick isn't one.

Overall, it's a real sweet romance, things get hot and heavy between Mav and Bridget but in the typical Carolyn Brown fashion (she mainly leaves it up to your imagination). I loved Laela, and how quickly Mav bonded with her and Iris is a hoot. I love all the characters and it was such a nice easy read.

He had a bad reputation. Nikki had a crazy mother and an even more demanding work schedule. He could sure look past her issues if she could see past his.

Fourth in the Longhorn Canyon series following along a family and friends in Texas, Cowboy Rebel stars Tag, the always in trouble Baker boy and Nikki, the bestfriend of Tag's sister Emily. Nikki has always been attracted to Tag but never wanted to get involved with a bad boy, her mother's issues are enough for her. Tag's had his eye on Nikki but even though he is trying to clean up his act, he's not sure he is good enough for her.

But then would she care as much for him if he didn't have just a little bit of wild in him?

This was my first read in the Longhorn Canyon series, I think I missed some of the beginning spark between Tag and Nikki, there is talk of the two really starting to notice each other at Tag's sister Emily's wedding (Cowboy Brave). For all the talk of Tag being a rebel, he has decided to clean up his act, so there is no bad boy antics in this one. As a new reader, I wasn't completely feeling why he thought he wasn't good enough for Nikki. It's mentioned that he ran with a tough group and his bestfriend died in a motorcycle accident when he was seventeen, why Tag decides to “live like he was dying”. If you are a country music fan, you'll enjoy all the mentions of country songs and how the author picked songs that match the emotions or scenes that are happening when the song is mentioned.

Tag ended up feeling a bit of a blah character, Nikki had more life to her. Her relationship with her mother was sad but written in a very realistic way; I liked how the mother was completely demonized for having OCD, hypochondria, and the way those presumed issues (she's not diagnosed) amplified or caused her maternal bonding issues. The storyline involving Nikki's father ended up lacking an emotional punch as it felt like a manipulated happy ended with an unnecessary red-herring mystery side-plot.

The actual action/danger plot also ended up feeling forced, a friend from the crew Tag used to run with appears out of the blue and suddenly is angry Tag won't hang with them anymore. This leads to Nikki being put in danger with an almost eye-rolling second ending conclusion. Our characters had actual emotionally charged backgrounds, Tag with his friend dying, Nikki with her brother dying, mother, and father issues but the author never really delves deep enough in them to make the reader feel.

It had taken her a while to understand that family didn't always share DNA.

Even though I haven't read the others in the series, I enjoyed the friendships showcased with Nikki, Emily, and their Fab Five; I like when characters have relationships outside the romantic one, feels like the character gets flushed out more. If you are a reader of the series, you'll greatly enjoy all the reappearances of past couples and get caught up on their lives, there are also numerous side characters who look to be waiting in the wings to star in their own books.

There wasn't a lot of steam to this book, any bedroom scenes aren't until the latter half and the two sex scenes (I think one sentence to mention they have sex happened two other times) are only about two paragraphs long. There just didn't end up being enough umph, spark, or chemistry between Tag and Nikki for me and some of the story threads felt dragged out, manipulated, or not delved deep enough to strike emotion. However, if you're a reader of the series, you'll enjoy catching up with characters, if you like to listen to a soundtrack while you read there are plenty of country songs mentioned, or want a pretty darn close to clean read, this would trip those triggers.