Log in with Facebook
or
Wrong email address or username
Sign up
Already on BookLikes? Log in!
Incorrect verification code
Please, check your email, the code to access your BookLikes blog was sent to you already.
Enter code:
« Back Send
back to top
Search tags: Chrys-Fey 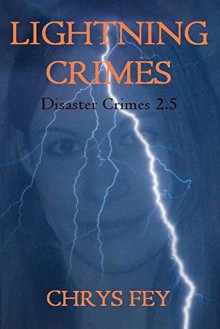 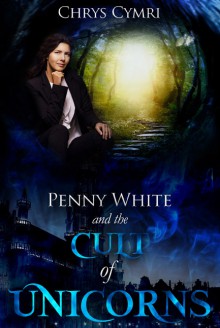 Sure, all I know about the life of an Anglican priest comes from this series and Paul Cornell's Lychford novellas, (oh, and one series of Grantchester) and maybe Fantasy fiction isn't the best source, but man, being a priest in a small village/town in England seems to be lonely and horrible -- especially around Advent. Which is where we find Penny White -- running on fumes, bouncing from obligation to obligation -- with barely enough time for her grieving brother, her gryphon partner and her snail shark (never mind the duties in the parallel world of Daear) -- not to mention casually dating a police inspector and a dragon. Throw in a murder mystery and . . . wow. How does she sleep?

Before we get to much of that Penny and her brother, James, go to Lloegyr for the trial in the death of James' girlfriend. It is quick, decisive, decidedly alien (as it should be) and adjudicated by a panel of 3 unicorns. Apparently, Unicorns are impossibly fair, honest and just so they make the perfect judges. No one, not even the dragons would dare protest what the unicorns decide. Penny can't help but note how almost everyone she sees reacts strangely to unicorns -- she'd probably do the same, however, if she weren't so dragon-obsessed. When bodies start showing up on Earth with what seem to be unicorn-caused injuries, Penny seems to be the only one who is willing to follow the evidence. At the same time, maybe it's just me, but it didn't seem that Penny was too bothered by the murders -- and certainly didn't seem to spend too much energy investigating them. (although, that might have more to do with the obviousness of the culprits and the difficulty getting anyone else on board with it).

James is not handling the grieving process too well -- not that anyone does -- and I was less-than-impressed with the way Penny was dealing with him.. It really seemed out of character for her. I think it points to a slow-build of a problem for Penny and her dual callings. In the first book, we got hit over the head with the concern that she'd be too focused on the other world too much to do a decent job on Earth, and while it was only brought up once or twice here, I think it's easy to see that the danger was real. I like how it seems that Cymri is moving this problem to the back burner, just so it can keep growing as a problem while being subtle about it. Professionally/vocationally, things are not going well for Penny, and I think this will continue for awhile.

While writing about book 1, I was worried about an impending romantic triangle -- and I like the way that Cymri dealt with it here, much more than I assumed I would when we left it off. I'm not sure I'm ready to breathe easily about it yet, but I have hope (I also haven't read as many romantic triangles this year as I have in years past, maybe my tolerance for them will increase). Actually, I liked just about everything about the romance angle in this book. Especially Morey's.

The Murder plotline (and the aftermath) serves as the narrative hook for the book, but doesn't seem to occupy as much of the time as you'd think. Where The Temptation of Dragons introduced us to this reality (or dual-realities, I guess), this one explores it -- with a greater emphasis on Earth. We really spend very little time on the "other side." Which was okay, really. I imagine that won't always be the case (glancing ahead at the blurb for the next volume, it looks as if I'm right).

I'm not sure what else to say at this point, but I'm pretty sure I've been less thorough than I intended. I enjoyed The Temptation of Dragons and The Cult of Unicorns kept all the charm and wit about that, but grounded the characters and their actions better (or at least more firmly). And really, that's about all you can hope for from a series -- you keep everything you liked in the previous installment and build on it. Cymri nailed that, which serves to make me plan on getting to book #3 faster than I did this one.

Disclaimer: I received this book from the author in exchange for this post -- thanks so much for this book. 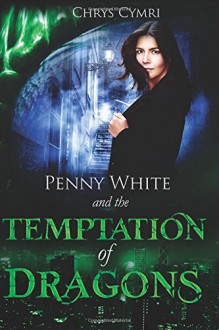 *I originally received an ecopy from the author for review. This does not affect my review. Though I have since 'bought' if from Amazon while it was free.*

Such a fun story! While this is definitely a fantasy, it's a little mysterious, and could also in some ways count as a mystery story. I loved all the British things like Buffy the Vampire Slayer, and Doctor Who references! I also enjoyed seeing a female priest as the lead character, as you don't see many of those in fantasy. I loved Reverend Penny White's character, and seeing her try to figure out what to do now that her world has just gotten a lot bigger...and more magical!
Like Reblog Comment 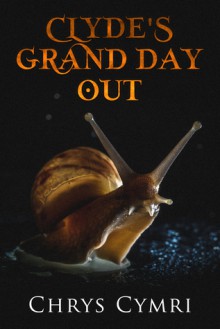 Clyde. Snail shark, predator, simple... or is he?

Clyde sneaks out of the back yard for a snack and a little adventure. But when a potential snack turns friend, and then prey to a new predator, Clyde has a decision to make. Will he lean on morals Penny has been teaching him or lean on his predatory instincts?

This was a fun little story for those familiar with the Penny White series. Throughout the series we see Penny's side of the story. Her not-so-little-anymore friend doesn't say much, and often has to turn to song to express himself, but he's certainly intelligent enough. In this short story we learn just how intelligent, and get a glimpse of some of his secrets. 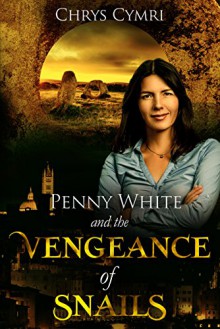 Penny is at it again, navigating the inspiring, frustrating, and incredible world of Lloegyr. Her recent dismissal from a Lloegyr church and her brother's near-death experience has Penny and James stuck in an emotional holding pattern. The wedding is still on with Peter, though their arrangements keep getting attacked by unknown culprits. And they're about to discover that Clyde is revered by more than the lemmings.

This book is yet another emotional ride on the fantasy train of Lloegyr, and I loved it. Penny has a lot to contend with, and is still avoiding dealing with her feelings for a certain dragon. But she's got a lot on her plate. We also meet a fun new character - a southern praying mantis who can understand more than the average creature and works as a bit of an interpreter. If you haven't started the Penny White series yet, you need to hop on the train!
More posts
Your Dashboard view:
All Reviews Text Photo Quote Video URL Activities
Liked posts Top Tags
Press About Terms of Services Privacy Policy Contact Us Blog FAQ Patronaty medialne BookLikes for Authors Partners panel more...
Team Themes Docs API Blogs
Copyright © 2021 BookLikes