Log in with Facebook
or
Wrong email address or username
Sign up
Already on BookLikes? Log in!
Incorrect verification code
Please, check your email, the code to access your BookLikes blog was sent to you already.
Enter code:
« Back Send
back to top
Search tags: Dead-Until-Dark 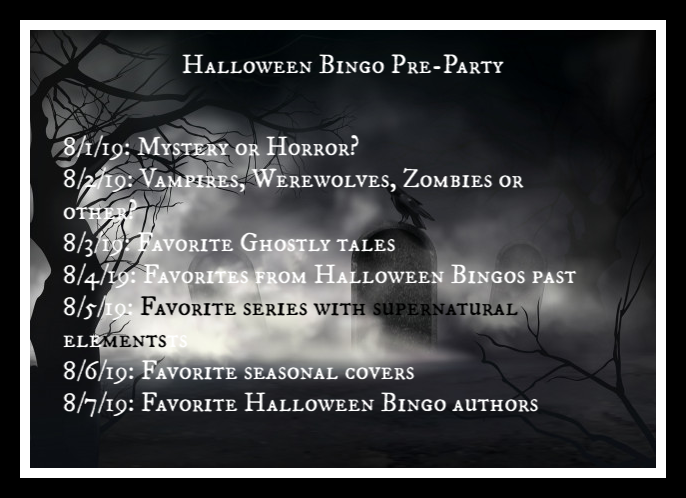 I loved this book immediately because it’s aimed at a more mature audience rather than other books I had read in the same genre, like Twilight by Stephanie Mayer. I find the vampires in this universe to be better developed, with hidden agendas and more well-rounded characters than their counterparts aimed at teenagers.

What I liked most is the way this book was plotted like a mystery. You throw in a couple of murders, set out an investigation combined with character development and the beginning of a love story, mix in plenty of tension, setbacks, and adventures, solve the murders in the end and you get a great book! I’m sure this was due to Mrs. Harris previous experience with writing mystery books.

This being said, it is a fast-paced, action-packed novel that keeps you on your toes. There were very few dull moments if any. If there was something I didn’t like I’d say it was the murderer. At the end of the book when the killer is revealed, although it’s no one you anticipate, it feels a bit meh. But to be honest I didn’t read the book to find who the murderer is, that’s just a subplot.

The action is set in a fictional small town called Bon Temps, somewhere close to Shreveport, Louisiana. The story is written in the first person and follows Sookie Stackhouse, a 25-year-old barmaid at Merlotte’s, the local bar and grill. Sookie lives with her grandma and has a unique ability (telepathy) that she considers more of a curse. Here’s a nice quote on how she makes fun of it:

“My brother, Jason, came into the bar, then, and sauntered over to give me a hug. He knows that women like a man who’s good to his family and also kind to the disabled, so hugging me is a double whammy of recommendation.”

Long story short, she’s a telepath and can hear what everybody around her is thinking without the option of turning it off. That impairs her social life and leaves no room for a love life at all. When she meets Bill Compton, the first vampire who comes to Bon Temps she’s instantly attracted to him because she can’t hear his thoughts and she finds this soothing. Sookie’s thoughts on that:

“Not one man in a million would have allowed me the time without speaking. I opened my mind, let my guard down completely, relaxed. His silence washed over me. I stood, closed my eyes, breathed out the relief that was too profound for words.”

Trying to put her ability to good use she enlists his help to investigate a couple of murders. That gets them both in a lot of trouble and its fun to see how they get through these misadventures.

Sookie has some of the best lines and her snarky side shines through:

“Eric appeared to be counting my eyelashes. I tried to keep my gaze on my hands, to indicate modesty. I felt power tweaks kind of flow over me and had an uneasy feeling Eric was trying to influence me. I risked a quick peek, and sure enough, he was looking at me expectantly. Was I supposed to pull off my dress? Bark like a dog? Kick Bill in the shins? Shit.” Not your normal vampire book. I really enjoyed this book, it had a lot of action and mystery and suspense in it. A true page turner. I recommend this to all of you who love this genre.
Like Reblog Comment
show activity (+)

Sookie was a waitress and a mutant who could read minds.

Because of that, she find it hard to have sex with a man. She is also heterosexual.

Anyway, she could not read the minds of vampire and so make vampire very desirable to her.

So she have sex with a vampire and allows this vampire Bill to suck her blood.

They have sex. And that's the main part of the book.

Someone got killed, some are killed by vampire and some are by human.

And Sookie is in danger for very little reason. The damsel in distress played too many times. It got boring.

And somehow she taste good to vampire. And Eric wants to have her too.

It is really boring. So glad it is over.

Reading this for Southern Gothic square.

Sookie is a virgin mutant who can read minds. Met a vampire Bill. Loss her virginity and have rabbit sex.

The story is about vampire having restored right as human.

Also about how vampires behave with humans and vise versa in the US south.

Reading this for Southern Gothic.