Log in with Facebook
or
Wrong email address or username
Sign up
Already on BookLikes? Log in!
Incorrect verification code
Please, check your email, the code to access your BookLikes blog was sent to you already.
Enter code:
« Back Send
back to top
Search tags: Escape-Publishing This is actually 2 books for the price of 1.  The first book is about Maya and Jake.  The second book is about her best friend Cat and Dallas, Jake's best friend.  Such a treat to read these together!

Maya and Jake have known each other a while.  Maya is best friends with his sister, Cat.  Maya and Jake usually fight due to the denied chemistry between them.  The sparks just fly when they are in the same room.

Cat and Dallas live together.  He moved in to help her brother and his best friend, Jake.  Cat has decided she wants to lose her virginity to him and chases after Dallas.  He does not want to take advantage of her.  He knows Jake would kill him.  Do they stand a chance?

These books were so much fun to read.  I could NOT put them down.  The heat and sexy times were good.  The characters were complex and fun.  I enjoyed this book and cannot wait to see what this author has next!  I give this book a 5/5 Kitty's Paws UP!

***This ARC copy was given by Netgalley.com and its publisher in exchange for an honest review.

WOW WEEEEEEE! I loved this one. K.M. Golland is fabulous and this is another fabulously written short of how a couple meet & cannot deny their need.
It was a wonderful start to this short series.

A great quick and sizzling short about a security guard & his decision to grant a backstage pass.
I would have liked it a little longer to finish Josh's story, but otherwise a scorcher.

Summary: The long-awaited sequel to the bestselling, award-winning King Hall: the revolution is here, but the most dangerous attack may come from within...

The safe, comfortable world of Lily Ruckler and her fellow Mystical Kings and Queens is rocked to the core by the attacks at King Hall. Not only does Lily have to kill the Commoners attacking her people, she also has to assume the mantle of leadership, and bring the surviving Mysticals to King Cave.

It should have been too much, but she is not alone. Ezra becomes her rock, her best friend, the one person who understands. As Pearl and Jack struggle with inconsolable loss, Ezra and Lily work to keep the Mys community safe in their new home, and plan a deadly retaliation.

Their friendship saves them both...but it also draws attention. Whispers. Judgment. It's not normal for Shifters and Vampires to be friends, and when a horrifying truth is revealed, their relationship morphs from unusual to unspeakable. Lily is good at keeping secrets that could get her killed. Is she willing to risk Ezra's life as well?

I couldn’t wait to read King Cave after having so much fun reading King Hall. This series is definitely a must read. Scarlett Dawn has created a wonderful world where magic and Mysticals exist and there is never a dull moment. King Cave had more of a romance aspect for me, but the intense love and loyalty with the prodigies, it was addictive and left me wanting book three, King Tomb.

Lily Ruckler is a twenty year old shifter that inherited the status of Prodigy from her mate when he was killed. Now she has created a bond with the other three that is the strongest the Mystical world has ever seen. With war approaching from the humans and the threat of hybrids being created for an army, Lily, Ezra, Pearl and Jack have their work cut out for them.

With all the Mysticals arriving at King Cave, Lily and Ezra are included in all strategic meetings to defend their world against the humans and their attacks. They are trying to find the instigator of the attacks on King Hall. While Pearl and Jack are still recovering from their loss they also grow closer together.

Lily and Ezra have become inseparable and as such has caused some disturbance in the cave as rumours start of cross faction inter-relations, which is frowned upon. Are they really having a physical relationship and if so, how will they be able to hide it from the Kings?

New Elders join their community and the Shifter, Elder Merrick shows interest in Lily. Elder Merrick helps to train Lily until she suddenly falls ill and then there is great speculation as to what is wrong with her. Lily also finds companionship in King Fergus and he helps train her on a different level where they become great friends.

How long will it be until the Prodigies get caught? Will the war with the humans begin? What will they sacrifice for love and loyalty?

There are so many elements in this book that I don’t want to give away any spoilers. King Cave shares hidden secrets, the strength of love and when they put their minds to it, nothing can stop the four soon to be Kings and Queens. Their journey in this instalment is vast and dangerous and I cannot wait to read King Tomb. I highly recommend this series to all fantasy readers.

Other books in the series:

Chosen Thief is due for release January 2015, so make sure you keep an eye out for the cover reveal too.
You can read my review of King Hall HERE.

Scarlett Dawn is drawn to all things quirky and off-beat. She believes there are no boundaries for an imaginative soul. Her love of the written word started at an early age, when her grandmother would take her to bookstores every weekend. Dreams came alive within the books she found there, and now, she is thrilled to share her stories with others who have fallen under the spell of taking fantastical journeys. Scarlett resides in the Midwest with her family. One foodie romance that I fell in love with this summer is Robyn Neeley's BATTER UP  This fun and magical romance is just a delightful read and I highly recommend it to all of you. 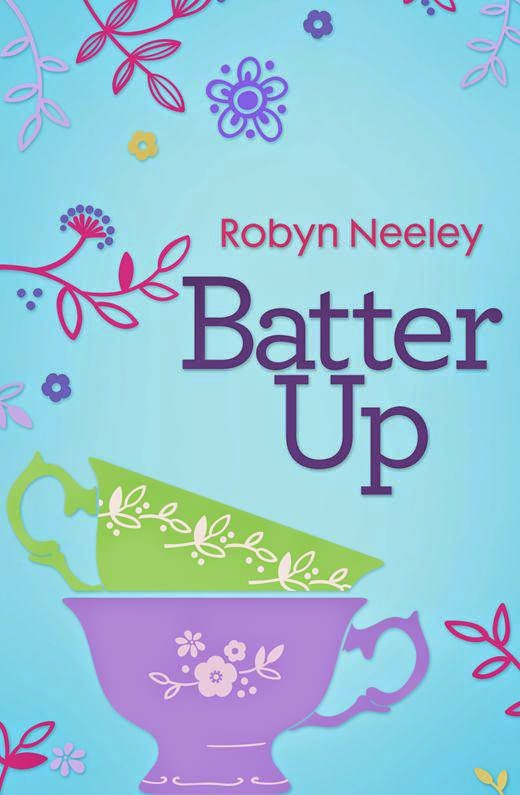 What are some of the special ingredients in BATTER UP?

Robyn Neeley stirs all of these ingredients together and comes up with a magical book that I could not put down. A story that easily switches from laugh-out-loud hilarity to moving with some Kleenex-ready moments. Spend a bit of your summer in Buttermilk Falls with Batter Up and you'll want to return again - real soon! Read my review

to win your own Batter Up eBook