Log in with Facebook
or
Wrong email address or username
Sign up
Already on BookLikes? Log in!
Incorrect verification code
Please, check your email, the code to access your BookLikes blog was sent to you already.
Enter code:
« Back Send
back to top
Search tags: Gangster-Country 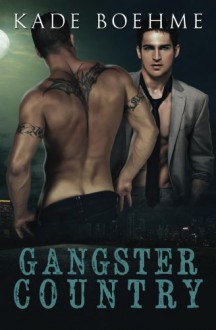 Well, I did not like this as much as I hoped I would.

It's not your typical A-Z MM romance. Logan and Gianni meet, argue and get down and dirty in the first chapter. So far, so typical. But then there is a one-year break in which these two get closer, become lovers, have (kind of) a relationship. (Unfortunately) All of it happens off-page. We get thrown back in at a time when Gianni is struggling with his life, his decisions and his love for Logan. He's a criminal in the closet - no other option - and his family would have his head if they ever found out. Logan on the other hand is struggling with the secrecy, with the hiding of his relationship. His constant struggle to finally, finally get to know the REAL Gianni is exhausting, frustrating and becomes harder as time flies by. Until it all collapses around them in a (rather predictable) moment of coincidence and fate.

I think my biggest problem with this was that I didn't get invested fast enough. Since most of the relationship building happened off-page, I had a harder time connecting to the two MCs before shit hit the fan. I was also very sceptical on how these two made it that far without ever really... being together. Communicating. Living life as a couple. Without Logan asking QUESTIONS all the damn time. Ergo, when everthing started to explode, I was prepared to say goodbye to that couple and move on. But that's not what happened. Instead we got something a little too close to insta-forgiveness for my taste. When your man tells you he is a criminal and a killer, it's hard to imagine you go from hate to forgiveness in one night. But maybe that's me and my missing connection talking.

But then there was Logan, who made it that much harder to believe in that massive change of mind. He was all around GOOD. He was the epitome of pure, kind-hearted and just... too damn good. He and Gianni? I don't now. Just didn't click with me.

But the writing was good, and I loved the cover. So. Where does that leave me? With 2.5 stars, rounded up to three because it's Kade Boehme and because I did enjoy parts of the story. 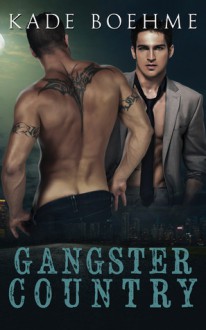 It took me a lot of suspension of disbelief to enjoy this read. Anyway, a good and easy story.
Like Reblog Comment

Kade Boheme takes you on a great ride while finding the answers to those questions. His books are part romance, part smoking hot sex, part mystery and part something that defies definition. He makes you love Gianni, even when you don’t want to. He makes you want Logan to love Gianni and forgive his past sins. The ability to make a reader feel such empathy for his characters is a gift.