Log in with Facebook
or
Wrong email address or username
Sign up
Already on BookLikes? Log in!
Incorrect verification code
Please, check your email, the code to access your BookLikes blog was sent to you already.
Enter code:
« Back Send
back to top
Search tags: Hachette 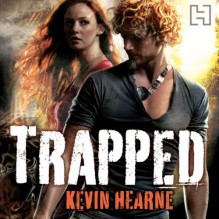 I enjoyed this audiobook quite a bit. I have been slowly working my way through the Iron Druid Chronicles during the past couple of years and have really been enjoying myself. I did take a bit of a break in my listening which seemed to work out well since this book picks up twelve years after the previous book. I found this book to be a solid installment in the series and I had a great time with it.

Atticus, Granuaile, and Oberon are still together when this book picks up twelve years after the events of the previous installment. Atticus has been training Granuaile this whole time and she is finally ready to become a Druid. To become a Druid, they must complete a lengthy binding ceremony. Unfortunately, there is a group that would like to see them dead before the ceremony draws to a close.

I found this to be a very exciting story. There was plenty of action dispersed throughout the book. I loved seeing how much Granuaile has learned during her training and the binding ceremony was very interesting. I loved seeing how the relationship between Atticus and Granuaile has changed during the past twelve years and I was really excited to see things really start to develop. Oberon was as awesome as ever.

Luke Daniels is the perfect narrator for this series. He handles all of the different character voices incredibly well. The voice of each character has been consistent throughout the series. I adore the way that he is able to bring Oberon to life. I think that he really takes this story to the next level and I am sure that I have enjoyed this series just a bit more because I made the decision to listen to the audio.

I would recommend this series to others. This is the fifth book in the Iron Druid Chronicles which is a series that should be read in order. I found this to be a pivotal book in the series and cannot wait to read the next book!

Initial Thoughts
I enjoyed this audiobook quite a bit. This book jumps ahead 12 years which worked out well since it's been a year since I listened to the previous book in the series. Granuaile is ready to be bound to the earth as a druid and is pretty kick-ass from her years of training. Her relationship with Atticus has also progressed over the years. Oberon is just as awesome as ever. I thought that the book was rather exciting and I found this to be a really easy listen. Luke Daniels did a fabulous job with the narration. 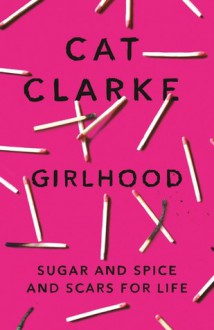 I received a copy from Netgalley. This was one I got with my Hatchette Children’s auto approvals. I had heard of the author before, but never read any of her books so I decided to take a chance on this one.

Then between changing Kindles and changing iPhones I managed to loose the original review copy file and ended up buying a finished paperback (along with several others by the same author).

I have a weakness for boarding school stories, particularly ones that promise a mystery. I was sort of expecting one girl vs the mean girl gang. But the main character Harper seems to actually be friends with some of the girls who form one of the popular cliques. It’s a fancy private school where very rich people goes. Harper’s family recently came into a boat load of money. Also suffering from a terrible family tragedy where Harper’s twin sister died recently as well, Harper needed a change of scene so found the boarding school.  She’s made friends and just about coping.

Harper was a likeable enough main character, though she had a few flaws and could do some crappy things and wasn’t always the brightest bulb in the box, but a decently rounded character that was well fleshed out. She’s also dealing with terrible guilt believing her sister’s death was her fault. The sister was anorexic.  They both started a post Christmas diet at the same time and one took it more seriously with tragic consequences.  Anorexia isn’t something I’ve come across in YA fiction before, and it’s not something I can even begin to wrap my head around. Harper’s grief and guilt are gut punch. The writing packs a punch and can be emotional without being flowery about it.

When new girl Katie comes in Harper finds herself connecting with Katie, despite the issues her other friends seem to have with the girl. Katie is quiet and keeps to herself, she only seems to connect with Harper. Misunderstandings and misinformation start passing around and with any girls boarding school, the girls can be very nasty when things don’t go their way. Harper finds herself torn when things start going wrong, stick to her own group of friends, stand with Katie...disagreements and arguments start and its hard to tell the truths from the lies.

It’s a very compelling read and at times quite tough to get through emotionally. Not the most complex book I’ve ever read but definitely interesting. All the characters were interesting, even the ones I didn’t like much. I was rather surprised at how it all turned out in the end, certainly not what I expected, and I’m actually quite pleased on reflection, that it was different to what I thought.

Definitely recommended if you like YA boarding school books. 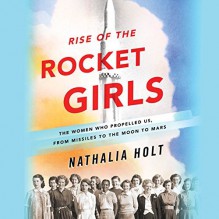 "Some of the men hung out so often in the computer room that the women gave them girls' names so they would fit in. Poor Roger was given the unfortunate nickname Bubbles, while Len Efron had been rechristened Leona."

This bit surprised me, but I suppose if every other physical area was going to be, to varying degrees, men's space, the nicknames could keep the one women's space, the computer room, from being taken over. (Note: I don't think any of the computers were consciously thinking this when they gave the guys nicknames.)

Uhh... If I understood this part correctly, Barbara, the one with the perfect boyfriend who picked her up one evening to fly her to a dinner and dancing date and then fly her back that night, was just convinced by said boyfriend to start seeing a therapist because she's "young, charming, and still not married."

(I admit, I hadn't really liked him from the start, but then I'm the sort of person who'd react to a "romantic" surprise flight for a special date night with 1) panic and 2) my frugal hackles going up.)

ETA: I found a mention elsewhere of the same thing, so it looks like I'm probably not misunderstanding. Her boyfriend convinced her to see a therapist just because she wanted to wait to get married. And apparently she married him anyway at a later date. OMG. That seems like such a mistake to me.

Cape Canaveral: "GEN MEDARIS SAID HAVE A CUP OF COFFEE -- SMOKE A CIGARETT SWEAT IT OUT WITH US"

JPL: "WE ARE BEING NONCHALANT AND LIGHTING UP A MARAJUANA HA "

Just kicking back and waiting to see whether the mission was a success. The author describes this as characteristic of JPL's "laid-back California attitude" (they are not actually laid-back in this instance - more like sweating bullets and worrying).