Log in with Facebook
or
Wrong email address or username
Sign up
Already on BookLikes? Log in!
Incorrect verification code
Please, check your email, the code to access your BookLikes blog was sent to you already.
Enter code:
« Back Send
back to top
Search tags: Harlequin This is book #4, in The Game Changers series.  This book can be read as a standalone novel.  For reader enjoyment and to avoid spoilers, I recommend reading this series in order.

Eric is a goalie who is on his last season. He has never had to deal with this before, and he is all out of sorts.  Now he can be who he needs to be, love who he wants to love.

Kyle tells himself he will find someone his own age and be happy.  Then he meets again the man that makes his heart pound, and all his plans fade away.  Can he stick to his guns on this one?  Or will a certain hockey player blow his plans out of the way?

This was a definite sexy book with a slow burn twist.  I loved how the characters seemed obvious to be together.  I also loved the humor, the sparks, and the sexy thrum of heat throughout the entire story.  Such amazing characters, with definite qualities that show they are both individuals and meant to be a couple.  I give this a 4/5 Kitty's Paws UP!

***This ARC copy was given in exchange for an honest review, by Netgalley and its publishers. 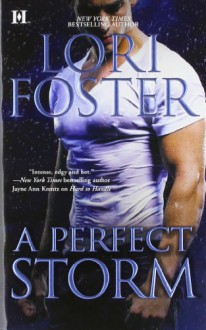 Natalie's sister has been missing for 8 yrs. She spent all that time looking for clues and working her way into the Texas Rangers as a hypnotist. She assists with suspect interviews. After a suspect is murdered and her house burned she goes into hiding with one of the Rangers who doesn't like her.
The forced proximity and enemies to lovers was decently done. This one had some nice action/suspense scenes.

I read this for Romance-opoly Soldier Street moon track