Log in with Facebook
or
Wrong email address or username
Sign up
Already on BookLikes? Log in!
Incorrect verification code
Please, check your email, the code to access your BookLikes blog was sent to you already.
Enter code:
« Back Send
back to top
Search tags: Inquisition 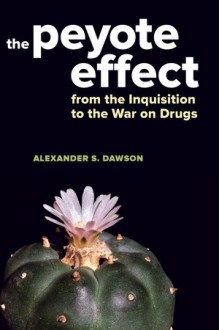 My latest podcast is up on the New Books Network website! In it I interview Alexander S. Dawson about his new book about the history of peyote in the United States and Mexico. Enjoy! 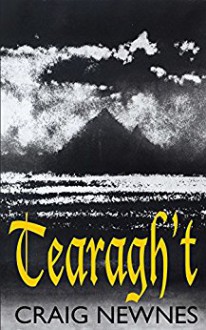 This is a puzzling book. On the one hand, there is the story it tells, that is fascinating but not complex to explain and summarise. The book is divided into three parts, and tells the story of two lovers, living in XVI century Spain, both conversos (Jews who converted to Catholicism, although, at least in their case and that of their families, they remain Jews, only they practice their religion in secret, to avoid the Inquisition and the risk of being expelled from the country). The man, Isidore, enlisted in the Spanish Armada, to see the world, although he was never convinced of the logic of that war. The first part consists of a partial diary of his adventures, both at sea and later in Tearaght (an Irish island, the westernmost of the Blasket Islands), that was recovered by a sailor and translated into English, a peculiar English (that I understand the author acknowledges is his own creation and a reimagining of how the Old English mixed with the original Spanish might have sounded like). The second part is the story of his lover, Beatriz, pregnant when he leaves, and her life back in Spain, constantly wondering where he might be and waiting for his news. In contrast, her story is told in modern English, and is very modern indeed, with plenty of detail of what her life is like, her lifestyle (including going out with female friends, drinking, talking about sex a lot, and thinking about it, later having a baby boy, and being pressurised into a possibly advantageous marriage), and a third part, much shorter, again written by the woman, who must make a decision when she discovers her lover’s diary. Will she go after him and try to find him? Or will she marry a rich man to make sure their son is safe and has the best possible start in life? This brief part is written in a similar style to the first.

Isidore’s story is heart-wrenching. It is a story of adventures, male friendship (international, as there are men from everywhere aboard the ships, and they even meet friendly English men later, and also men from all walks of life such as sailors, soldiers, writers (Lope de Vega makes an appearance, Cervantes is mentioned more than once, and later on Kid and, of course, Shakespeare). Rather than a factual and aggrandising story (HIStory), there is much discussion about emotions, confidences, feelings, and much self-doubt. Although there are funny moments interspersed in the narrative (mostly because it does not follow a chronological order), there are, mostly, terrible times. Death, disaster, and sadness abound, and it seems that all that keeps him alive is his hope to see his beloved again. There are incredibly sad and touching moments in this part of the book, and although, as I said, the language is mock-Ole-English, once we get used to it (saying it out loud in your head helps), it is easy to follow, even taking into account that it is not in the right order and we jump backwards and forward in time. And, although he does refer to his lover often, the style and the discourse seems to be in keeping with what readers would expect of a well-researched historical novel set at that time. However, the style is more intimate and personal, and more emotional, than what we would expect in a male narrative of the period.

I think most readers will wonder why the woman’s story is written in such a different way, as the change feels like a jolt, and at first I wondered if it was set in a different historical period, but as we read on it is evident it is the account of Isidore’s lover, Beatriz.  A common thread of both stories is the need of the protagonists to write. While for the man, although he questions his merits, it is more acceptable (and they even call him a writer), the woman describes how, sometimes, her need to write makes her stop what she is doing, her chores, to write, even if it is only about her chores. She does not have great adventures to write about, indeed. Does that mean she should not write? Both stories also talk about camaraderie, in the case of the men between those defending a mission and a vision, even if they don’t believe in it. The women talk about women’s things. Men, childbirth, marriage, romance, sex… A women’s sphere, especially at the time, was more personal and intimate (although, of course, Elizabeth I was the Queen of England, so there were some, very few, women in high places). The modern style Beatriz’s story is written in and the fact that it contains topics we find difficult to imagine writing about at the time, especially when the writer is a woman, seem designed to challenge our prejudices. Are old-style writing (more in keeping with what we imagine a historically accurate discourse would be like, even when we know it is, at least in part, invented) and a male protagonist immediately given more authority than a narrative of the period written in a modern style by a female protagonist? (The subjects discussed and the openness of the talk about sex between the women gave me pause. I am aware that personal letters, and in this case, a diary written for her lover, can be much more open and direct than we would expect of the period, although I wondered more about some of the other topics, like the fact that single mothers seem fully accepted and she is not short on offers of marriage, even after having had a child out of wedlock). She describes her process of analysis, the way she decides to study her thoughts and feelings, and indeed her lovers, and also mentions that other women do the same, therefore challenging gender expectations (women are supposed to be romantic and not be open or matter-of-fact about love or sex). We also have the writer becoming the reader later on when she gets hold of her lover’s diary. The third part, although penned by Beatriz, is written in the same language as the first. Is this a way of connecting with him, of communicating her official decision, of gaining authority? Knowing the field of study and work of the author (Critical Psychology) one can’t help but wonder. (And, perhaps overanalysing things, as I am Spanish I could not help but think that some of the expressions she uses and discusses in detail, like “falling in love”, that she feels is very apt, would not work in Spanish. Could that mean she is writing it in English, or rewriting it later? Does she indeed go looking for him, even after the ending? Or is it another way the author uses to remind us it is a story and to make us pay attention to the process of reading?)

A book that contains a fascinating story (with a fascinating historical background and some fabulous characters, both real and imagined) written in and an even more fascinating narrating style(s). Although the first part, once one gets used to the language, will grip most readers, quite a few might struggle to see how the two parts fit together (even if the characters do). A novel for those who want to try new reading experiences and check non-conventional types of writing. A word of warning, there is plenty of explicit violence, swear words, and discussions of sexual matters. An author a publisher well-worth keeping an eye on.

Thanks to the publisher and to Rosie’s Book Review Team for providing me an ARC copy of this book that I gladly chose to review. (Authors, if you are interested in getting your books reviewed, check here). 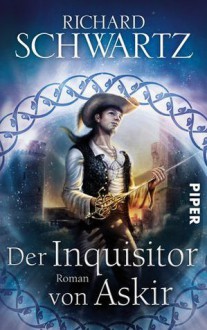 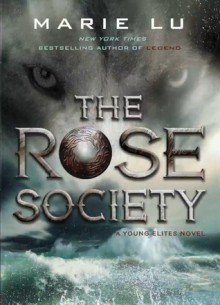