Log in with Facebook
or
Wrong email address or username
Sign up
Already on BookLikes? Log in!
Incorrect verification code
Please, check your email, the code to access your BookLikes blog was sent to you already.
Enter code:
« Back Send
back to top
Search tags: Madeline-Claire-Franklin *This audiobook was provided by the author, narrator, or publisher at no cost in exchange for an unbiased review courtesy of AudiobookBoom dot com, at my request.

Ana has started to see beings, like her mother did in her last days with the brain tumor. The Sura, or demons, is what she believes they are. But she doesn't remember all the stories about demons, angels, and the dead that her mother told, and her mother's clan won't allow her into their fold because her father is not like them. She's an outsider. However, the world she doesn't know much about has found her. Ana will have to learn to control the powers she possesses by opening herself up to another, feeling all the emotions she has hidden away after her mother died. And to fight in order to survive.

The first chapter is a catcher. I'm curious as to where the world will go with demons, angels, and dead. Curious about Ana and the man who magically winds himself around her heart that day at the cemetery.

Maria does a magnificent job of the quick moments then slowing with the feelings. She speeds the sentences and they are still clear and crisp, but move the scene in a cadence that makes us feel the rush and eases of moments, fear then calm. There is a background sound, a light static? of sorts. I don't notice it as much when Maria is speaking, but I do notice it when she's done speaking and there are a few seconds at the end of a chapter, it's absolutely quiet. Easily missed in listening because the story is your focus. Maria voices the characters, bring there dispositions to voice. Her vocals of Trebor and Ana create them as individuals in a three dimensional way.

I was drawn into this story from the beginning. I was curious with just enough hints and details of the world of demons and angels. It's subtle yet impacting with what Ana comes across, what she sees in the shadows. Then her tarot readings are chilling. They feel to have a greater meaning. We can see the relation of them to the past we learn and the present events we see, so the future telling feels as it'll be a huge impact for her. But what's told to come, will it solidify the idea of what's foretold or will they change what fate has written for them?

Fascinating, crafted writing to draw a world, characters, and events all together and rely on each other to create the story here. I didn't want to stop listening as I was so engrossed with the creations here. Madeline has written the scenes in a way to show us through experience, with the characters, who they are and how they feel.

Wow. The growth of Ana's relationships amaze me. Her time with Trebor is always magical. I love them together and what lingers there with them. There is something more, but Ana doesn't know it and Trebor doesn't tell but there are hints. Such a sweet relationship starting! Ana and Andy, I have my suspicions about him. lol. It's nice to see a new friend that has interest in things Ana does, like her mother and her clan. But there are traces it could be a deeper reason there, we just don't know it yet.

Madeline could have taken the easy way out and ended the story at a few points of the book. I'm sooooo glad she didn't! There is so much that Ana and friends go through. And it's an amazing story to journey through with her.

There was a moment, much later in the book, that caught my heart. I figured I knew what was going to happen, and it did, but it was a powerful moment with the characters. An internal realization and acceptance. Maria's narration helped make my heart thump at that moment.

I've already looked, there is a book 2. I can't wait for it to come out in audio and hope Maria is the narrator again! *This audiobook was provided by the author, narrator, or publisher at no cost in exchange for an unbiased review courtesy of AudiobookBlast dot com, at my request.

Kiddo lives off the land. She and Princess provide a safe home for many kids who come looking for the concrete city. They come looking for what they miss in the world now, stories of salvation, food, and comfort. The world is harsh for the survivors. Things are not as some remember, which most forget the biggest part of their lives. Many have disappeared, leaving the kids to live. The lure of the city doesn't pull on Kiddo. There is something in the recesses of her mind that pushes her from the city, yet there's something to it as well. She believes the cement city on the island will sink and she doesn't believe the silver tongued Savior that welcomes the kids into his town. The ghosts that have started to arrive and roll toward the concrete city each evening start to come closer to her home as they pass. For her found-sister Princess, who she found and raised for the last 8 or 9 years, Kiddo is finally willing to make a trip into the city for a few days visit.

The narrator is full of emotions as she tells the story. Yes, she tells the story not just reads it. She lives the hard moments. Maria glides through the well written words of Madeline's adding the flow and pacing to them that brings each word to light. The voice differences aren't a big jump between the characters but there is a slight tone difference, however there is one character with a subtle Southern accent that Maria does do. The biggest difference is the feel of personality in the voices, the worry and curiosity in each character. Madeline has three dimensional characters, Maria's emotions bring those character to a higher level.

I'm sucked in by how Madeline takes glided steps toward the directions the characters and stories go. It's a wonderful talent to glide along to come to where we need to be with all things with such grace, and the characters realizations fall in perfect alliance with the events. The beginning struck me as it's written like poetry and Maria's narration and pacing cinches this feel making it a colorful vision in our minds. The book carries this feel and vision the whole way through.

I really like how Kiddo is written. She's strong and silent. She doesn't come across as a leader but one that knows how to survive and will share that knowledge with anyone that chooses to stay and learn. Her thoughts and actions are solid, you know exactly what she's thinking by how she stands or reacts no matter how small an action it is.

This world is mesmerizing! About each chapter shares something new and it's captivating how the world is opposite than what you expect. Children have survived 'the event' yet no bodies were ever found of those who didn't survive. There are ghostly apparitions that come out of the forest at one spot every night. The moon is almost always full, the river flows North one day then South the next, the city always burns but never expands from it's spot, and it's always summer. And so much more!

Oh the feels...I felt for these kids through out the book. They don't all have the easiest life now, or even before. And they are all part of one another's lives now, whether they like it or not. Madeline's story has me tearing up a few times toward the end. The things Kiddo has seen and lived through, and still doing so, along with the connection to Noah (The Savior) and Princess... the events of the world... just gripped me and didn't let go.

There are still curiosities left open at the end of the book, but I accepted them. This book felt more character driven and centered, and Madeline has created people here that will be felt by the reader. I think this book would be enjoyed by Adult and YA alike. The children do not come across as childish or petty, they are much stronger than that.

This book struck me as one that people who read The Harvest by Melanie Karsak would enjoy. Not necessarily in the story items, like zombies because they are not here, but in the story telling fashion with the characters development in this story.

OH MY ZOMBIES I AM SO EXCITED ABOUT THIS BOOK! 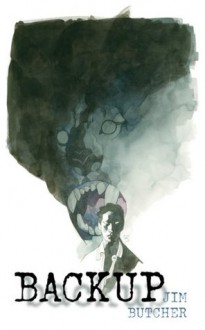 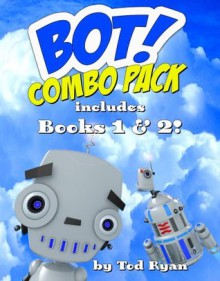 Overall, though, pretty good month.   I'm only like ten books behind, and I had a lot of fun reading a majority of the books.

By the way, is this something you guys are interested in?   I don't wanna bug y'all, but if you like the monthly wrap up, let me know.  I'll continue!   (I saw one or two other people do this, and figured I'd put my own spin on my wrap up, just doing the count/highlights/letdowns.)

*wipes a tear away*

The highest compliment I can give Madeline Claire Franklin's Robot Pony is that I wanted so much more! Don't get me wrong, it is absolutely perfect as a short story. In fact, I'm almost certain that anything else would ruin the magic of it. Still, I can't let it go. It hit me in just the right spot.

A human girl. A robot pony who is meant to be nothing but a mere toy. The utterly beautiful friendship that builds between them. I loved it. Loved it all. I picked this up to take a break between longer books, and found myself wishing for more.

What else can I say without ruining this for you? Read this. Thank you to the wonderful people who suggested it to me in the first place!