Log in with Facebook
or
Wrong email address or username
Sign up
Already on BookLikes? Log in!
Incorrect verification code
Please, check your email, the code to access your BookLikes blog was sent to you already.
Enter code:
« Back Send
back to top
Search tags: Marsha-Cornelius 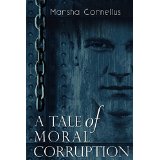 Few books are perfect, and this is no exception, despite my praise. I don't actually think she got the dominated males response quite right. Every reader will have an independent view about plausibility. I certainly think the author had tongue firmly planted in cheek. Men certainly love their kids as much as Mum's do; but on a rather less psychologically bonded and intimate levels. Their overall emotional attachment is often just as powerful, and Cornelius certainly get's that right. I'm not at all sure that many males would ever be quite as into the baby thing in the deep way that Mason is, even in a matriarch dominated world. Cornelius is writing first person male, and in the main doing it very well, I just think she overplayed the we-are-what-we're brought-up-to-be card over-strongly, against the we're-simply-what-biology-made-us one. The book has a great deal of interesting feminist angles in it, especially concerning what might actually happen if women got to wear the trousers all the time, at home, socially and in the work place. Would women behave a bit like men? To some degree yes, we already see that in more sexually equal societies. It is certainly true that nearly all the women who make it to the top of the business world do so by using traditional male behaviours rather than female ones. To fly high one has to believe one's own egotistical garbage, that's for sure. We certainly don't live in a world were quality guarantees success, just bull-shit, connections and confidence; three male strong suits. Playing dirty comes with the success package, which Cornelius doesn't shirk from seeing when it's the females in charge.

On a technical level, this book has all the mechanics spot on. It's well written and well edited. This is another first class piece, full of this author's usual inventiveness. The prose is so natural that I literally floated through the book. This is seemingly effortless writing that seems to run in a fast river across the page, sweeping the reader along. I found this to be easy reading done well, with strong and in the main very believable character behaviours. Frank Barnes is content living on the streets of Atlanta. A soup kitchen and a makeshift shanty sure beat his days as a POW in Vietnam. But Chloe Roberts can’t handle the eviction that sends her into the hell of homelessness.

Many thanks to Marsha Cornelius for sending me a copy

Frank and Chloe, for completely different reasons find themselves homeless. Frank is happy enough on the streets, collecting cans each day to make a little money. After the horrors of fighting and battling to survive in the Vietnam war, he returns to the US disabled and ignored and turns to alcohol and drugs to dull the physical and mental pain. Another homeless man, Randall, helps Frank work through his issues, get dried out and cleaned up. They forge a close friendship.

This morning, he woke to a cold, sluggish fog that has his foot throbbing before he even stood. His only relief was to shift his weight to his toes and keep pressure off the heel. Of course, the gimp walk didn’t do much for his appearance. People already shied away from his long hair and shaggy beard. The shuffling limp and tortured expression convinced onlookers he was a derelict.

Frank makes the most of the little he has, with his good friends and the little community they have built. When all Frank knows is destroyed horrifically and violently one night, and he almost loses his life, he doesn’t know whether he will be able to claw his way back again. Until a chance meeting changes his life forever.

Chloe, after being abandoned by her husband, and with no-one to turn to for help, is left with two children and debts she can’t pay off. After losing her home and all her possessions, she doesn’t know how her life could get any worse. But it can…a whole lot worse.

She could not speak. Reaching out, she took the check from the sheriff’s hand and stared at it as though she might find a number out of place, or something on the small piece of paper that might explain where the money had gone.

Sinking further and further into a pit of despair and hopelessness, Chloe can’t se a way forward. She is at the mercy of a very defective system of shelters, incompetent childcare and predatory men, leaving her emotionally battered and completely drained. Until a helping hand reaches out to pull her back from the brink.

The story is told from both Frank’s and Chloe’s points of view. It brings home the stark reminder that the homeless of this world are actually out there, struggling to survive from day-to-day against sometimes unimaginable odds. Losing it all. How far can one person fall before all hope is gone. This is a fascinating book with wonderfully developing characters and a sometimes harrowing storyline, dealing with the complex issues and situations the homeless can, and more than likely do, face.

I was drawn to Frank immediately, there’s depth and authenticity in his character. He’s had a really rough deal but despite everything he cares about others and does whatever he can to help. Chloe hasn’t had a happy life and, I think partly because of that, chose poorly when it came to a husband and father for her children. The two characters’ lives are interlinked and brought together in a compelling and profound storyline. Their portrayal is genuine, believable and endearing. The writing is accomplished and descriptive with a reality that encompasses so many emotions, hope, love, anguish, misery, all of which shine through the narrative.

A really excellent read which enforces the old adage, never judge a book…You never really know the true story behind a person’s appearance and what events forced them into a certain situation. Or how a single act of kindness can be the start of changing someone’s life for the better. 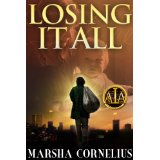 Cornelius sets the reader right into the tough trough of a city’s squalid underbelly. We can imagine ourselves looking into the concrete underpasses of whatever modern urban environment we may know, as a similar story could be written there a thousand times. The ending may be less kind, less relieved by love, but the story will be much the same. True life, sadly, often reads like this.

We are made to see how easy it is to fall so low that an unexpectedly dry corner in the most derelict of landscapes can come to feel like a treasure, a blessing even. Life can be so much worse than living in the shelter of a sturdy cardboard box with just enough mouldy bread or a nearby soup kitchen.

This is a story of continuing hope despite the worst of what life can throw at us, of dealing with whatever damage we are responsible for drawing onto ourselves, of dealing with the consequences of physical and mental abuse; a love story despite the engulfing scum. We are made to see how long and how tough the march from true poverty truly is.

Beautifully written, completely believable, a story that is often paralleled in some way by the real lives of societies all too real outcasts. The end was a great relief. We must finally remember that very few such badly blighted lives end with so much fulfilled hope. This third novel by Cornelius is as different as was each of the first two. Each one is of the same high quality. I will be reading Marsha Cornelius’s next work, whatever ‘genre’ she picks.