Log in with Facebook
or
Wrong email address or username
Sign up
Already on BookLikes? Log in!
Incorrect verification code
Please, check your email, the code to access your BookLikes blog was sent to you already.
Enter code:
« Back Send
back to top
Search tags: Morgan 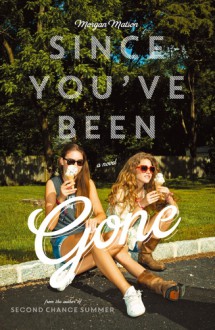 So much fun at the beginning and then it gets a little more serious but you've already started to love the characters and want to know more about them, even if it's not the same kind of fun it was at first. I thought I was going to hate the end but I didn't and so this comes close to 4.5 stars. I don't read many Romance books but I did enjoy this one. I'm always drawn to stories set in Paris.

The chapters alternate between the pov of two protagonists: Grace, a mature woman whose daughter is about to travel in Europe before going off to college and Audrey, a girl the same age as Grace's Daughter. Grace likes her life planned and ordered. She thinks she has the ideal life, until it all comes crashing down. Audrey has spent her life looking after her alcoholic mother and is used to complete chaos, but looks to Paris as her escape.

The two meet in Paris and with a few hitches, become unlikely friends. Each have their own problems, but they support each other and find they have complementary talents.

So first the negative: Many plot points were easily predictable or really stretched belief. Near the end the moralising got rather thick and I didn't like the turn things took for Grace. My decisions would have been different.

However, as a complete fantasy romance story, it was entertaining. I did care what happened to both women and wanted them to find happiness in their own ways. The characters were well done, even if the plot hit me over the head with both moralising and obvious clues of what was to come.

On the bottom line, it was a fun story if you don't mind a little insta-love and unlikely human behaviour in favour of a light fantasy romance. 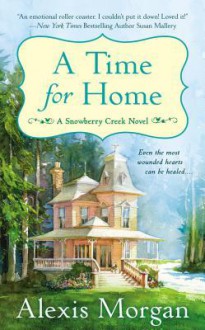 Nick is recovering from a war injury. He is also dealing with the death of his friend Spence and the return to a "normal" life. He goes to Spence's hometown to see his friend Callie and to see if Callie would like to give Mooch a home. Mooch is a dog that saved their life in Afghanistan. Callie was Spence's BFF and inherited his home on his death. Callie is dealing with the loss of her best friend and trying to figure out what she wants to do with her life. She was a contract employee and traveled all over never staying in once place for long. She's trying to decide if she wants to put down roots.
This felt realistic with Nick's PTSD and the struggles with adapting to a "normal" life. I also liked Callie and when Nick (or Lief) where being less than nice, she's call them out on it. This is more of a slow burn romance. What annoyed me was Nick thinking of Callie as "Spence's woman." Callie didn't have the same feelings. I also noticed how Mooch was called "dog" several times by Nick (and I think Callie at least once too). Was annoyed. Y'all named him Mooch, call him that. Or by a nickname (and "dog" didn't come across as a nickname). It wold have been nice for a little compassion/resolution for Austin. Not ignoring what he did, but he was also a victim.
I read this for Romance-opoly BFF's House sun track. 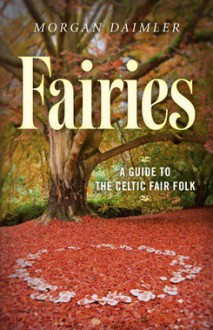 This book is about the folklore and fairy tradition of Ireland. It may well be the most down-to-earth book on the subject on the market to date. Rather than the airy-fairy Victorian ideas of pretty little girl fairies that popular culture has spread, this is about the original tales and beliefs that are still prevalent in a mostly Christian Ireland.

The book is well researched. Tales from many places in the British Isles and Europe are cited and the folk beliefs are given context. Actual belief in fairies isn't required to enjoy the relation of the stories, though the author is mostly directing the information at a Pagan readership where some degree of belief is relevant.

There is a lot of repetition. Perhaps it was needed for context but I've seen the same information about fairy behavior in three different chapters and that gives the impression of padding. My only other complaint is that in an early chapter there was a promise to explain the difference between fairies and nature spirits, but only a passing reference to the latter later on. I pretty much understand the difference but would have liked to see it put into words to clarify.

Overall a good reference for anyone new to the subject, although the classic reference books are cited so often that I wonder if someone with more than a passing interest should just reading those works. Mostly well written, though it meanders in the last couple of chapters.