Log in with Facebook
or
Wrong email address or username
Sign up
Already on BookLikes? Log in!
Incorrect verification code
Please, check your email, the code to access your BookLikes blog was sent to you already.
Enter code:
« Back Send
back to top
Search tags: Raising-Stony-Mayhall I liked the beginning and the end but the middle was bogged down by torture seemingly with a smile that went on way too long. But taking in the beginning, some of the middle, and the ending, the book was really good. The narrator David Marantz did a great job.
audiobook
Like Reblog Comment
show activity (+)

The Raising of Stony Mayhall

I sat on this review for weeks, mostly because it isn’t easy for me to form, let alone articulate, a coherent opinion about Stony Mayhall, and it’s all the more difficult to do so without spoilers. So here’s my best shot, before the book becomes a dim memory.

The story starts with a portrait of “The Last Girl, the sole survivor, a young woman in a blood-spattered tank top.” The girl, whose name is Ruby, has made it through the zombie attack, to the temporary peace of the small town of Easterly, Iowa. And she’s searching for something. But then the story skips forty years backwards, to a time right after the first zombie attack. Wanda Mayhall is driving through the snowy countryside of Easthall when she stumbles upon a frozen body of a young woman clutching a baby. But despite the biting cold, despite the grey skin, despite the lack of heartbeat, the baby seems alive. Well, perhaps not alive. But not fully dead, either. And so John “Stony” Mayhall is brought into a family who must hide him from the rest of the world.

Daryl Gregory is a fantastic writer, and I’ll read anything he writes. I love his wry sense of humour and the way he injects it into the most serious of situations. Some of my favourites:

"As you might imagine, conspiracy theorists had a field day with this. And as usual, what began as a terrifying secret on the fringes of culture eventually found its way into the plot of a TV movie."

I think Stony Mayhall is easily Gregory’s most serious book, and his most direct exploration of social issues. It’s also the only book I’ve read that features a protagonist who suffers not from a psychiatric disorder but a physical one. In Stony’s world, an attack by the living dead has happened, but an apocalypse hasn’t. The threat has been successfully combatted, and the government relentlessly pursues any living dead that might have escaped their nets. But this doesn’t leave much room for someone like Stony. And so it’s a story about being ostracised for innate differences, being seen as subhuman, searching for a leader, a savior, an emblem of a cause, being dependent upon and resentful of the few sympathetic members of the oppressing group. It is about people who believe that separatism is the only way to bring peace, people who become so disillusioned by the world they live in that they seek to remake it, to reverse the inequality that stifles them. Comparisons to the history of racism and oppression in the US were unavoidable. The directness of the allusion simultaneously gave the book tremendous power, yet also seemed to detract from it as a novel. I know, weird. And I’m not sure I can explain. I think it’s because the book is so weighed down by the history it invokes that it can’t be experienced in isolation. The real history is so complicated, so emotional, so vivid, that the simplified version in the zombie world just feels lacking. Gregory isn’t very sympathetic to the ideas of separatism and supremacy, yet if we really look back at our own history, it becomes far easier to understand why these ideas gained traction. Gregory is thoughtful and careful, but the issue is so raw right now, so explosive, that it was difficult to read about in this simplified portrait.

I think my other major issue was my sense of distance from the story. Part of this was due to the structure. From the prologue, we know the world is going to fall apart; after that, I was holding my breath, waiting with a cold sense of inevitability for the first fracture in the facade of order. It was too easy to guess what would happen and where, and it was too hard to become attached to anyone when I knew the world was going to fall apart. And for me, Stony wasn’t easy to love in the first place. He is humble, forgiving, patient, cautious, careful, close-mouthed. And his emotions are so carefully held in check that I had difficulty empathising with him. Part of this was due to the ever-changing cast of characters. The book spans over forty years, and characters drift in and out, and their exits are often violent. The way they are forgotten soon after their loss contributed to my sense of distance from Stony. If I was still mourning a character, how could he have forgotten them?

I’m not just talking about his sister. Consider his mother, who is trapped in prison. We don’t really hear about her after Stony gets out of prison.

But another huge problem for me was the lack of answers. What allowed the zombies to move? Was Stony somehow special?

But despite all this, I loved the complexity of the themes of the story. It’s also about family, about faith, about leadership, about choice. What does it mean to make an informed choice if the full knowledge of the choice requires a change in self? When I was originally asked what I thought about Stony Mayhall, I couldn’t answer. I have so many conflicting emotions about the book that I can’t really simplify them into “it was good” or “I liked it.” And maybe, above all, that’s the reason why you should read it yourself.

Stony was born into the world not knowing really who or what he was. It was like he was an Etch A Sketch that had been drawn upon and then shaken. In his super hero alter ego he was “The Unstoppable.” That may be truer than he could ever realize because The Big Bite is on the horizon and Stony and his group of LD and breather buddies either need to find a way to stop it or embrace it.

A very interesting twist on the Zombie apocalypse that was refreshingly original in premise and execution. The characters were written flawlessly and the pacing flowed with barely a hitch. My second excellent read from Mr. Gregory. I look forward to more. 4.5 Stars and Highly Recommended! 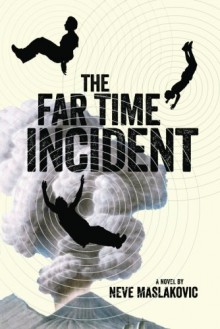 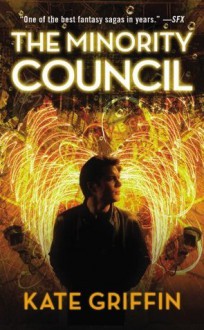 I've enjoyed reading everyone's TBR Tuesday/Thursday/Saturday/Sunday posts, and am thinking about trying it myself. Ever since I moved my cataloguing back to GR, I've only posted reviews here, so these posts might let me log the "might read" and "should have reviewed" portion of my reading.

I don't know. I'm actually a little panicked about it. I've finished up my netgalley backlog and nothing is looking appealing. I want something simultaneously riveting and safe, something that won't rip me up inside but will keep me utterly captivated nonetheless. I'm not sure that type of book actually exists.

(organized in decreasing likelihood of actually being reviewed.)

Yep, that's about it.