Log in with Facebook
or
Wrong email address or username
Sign up
Already on BookLikes? Log in!
Incorrect verification code
Please, check your email, the code to access your BookLikes blog was sent to you already.
Enter code:
« Back Send
back to top
Search tags: Read-to-Review-books 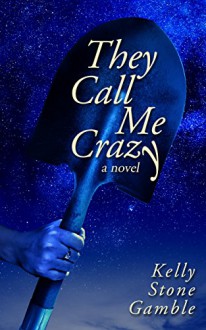 I've read this book already, and have the physical book that the author sent me last year (around the time that I was getting ready to come here to Florida for vacation, which is a couple of weeks before I decided to spur-of-the-moment move here).  I started it on the plane, but never got around to reading more than the first couple of pages.  I saw it on my shelf, and was reminded that I hadn't gotten around to finishing it, and decided to come back and read this one again before I did.

I had forgotten just how good this one was.  I think I'll be re-reviewing it on my blog when I'm done with the second one and review that.  I feel like I missed a lot on my first read, so I'm glad something pushed me towards it again. 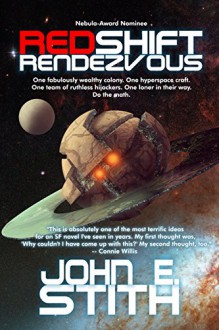 In my lifetime of reading, there are very few times that I have ever DNF-ed a book. I'm always convinced that, if I put it down and come back to it later, I may enjoy the book more, and I actually have a folder on my Kindle for books that I need to come back and look at later on.

This book was almost put into that folder. More than once.

I found the first 32% of it to be very tedious. It wasn't the "hard science" that was the problem - I actually prefer that over just regular science fiction - but the fact that things about the ship were repeated over and over again, in different ways. It actually became quite annoying, reading an explanation again, wondering why the author kept deciding to explain this, as if his readers were complete idiots. (Hard science fiction readers tend to read a lot of hard science fiction books, and they shouldn't be treated like that.) Sometimes it is really hard for me to read a book without being an editor, and this was one of those times. The story itself needed so much cleaning up that it left me quite frustrated. On top of that, there were several times that the wrong word was used in the manuscript - and not just once, but several times with the same word.

There was an "underlying" story - a mystery, an adventure, some bad guys (ones you expected and ones you didn't), and two characters (Jason and Tara) - that kept me coming back to read more. Unfortunately, with all the focus on the Redshift, all of that gets sort of lost, at least for a time, and felt rather secondary, instead of being the main focus of the story. Having finished the book, I realize that what I thought was an "underlying" story was actually the main plot. Unfortunately, with the beginning of the story as it was, it took me until the end to realize all that.

The book really picks up once the ship gets close to Xanahalla. The adventure begins before that, and on the way you learn a lot about the two main characters, but once there, what you think you know changes, and I had a hard time putting the book down. There is a bit of romance, but not enough to take away from the story, and it actually drives the characters a little more than they may have been without that.

I enjoyed the ending. With all of that buildup, I'm glad that the end wasn't too easy... and that sometimes there's just a little bit more around the corner.

At the end of the book, the author includes a "Phenomena Aboard the Redshift" section, which I think would have benefited the reader a lot more had he put it at the beginning of the book, or at least included a page that let them know about this so, if they were curious about certain things, they would know it was there to find. It would have definitely taken away from all that tedious repetitiveness at the beginning.

The book has some good and bad moments, but I am glad that I fought through it to find out what happened. 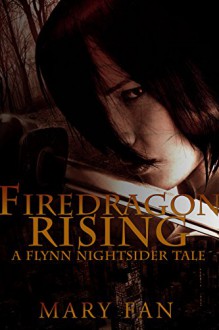 This is the continuing story of Aurelia, the Firedragon. I really liked the first book... and liked this one even more than that. The end of it was so good... and yet so sad, because I just didn't want the book to end. It is a great adventure - just when I thought it couldn't get any better, there are several heart-catching moments - and I liked learning more about her, the Trimvirate and the Rebellion. Mary is such an amazing author and I cannot wait to read the next book in this series. The only problem that I have ever had with her stuff is... it is so hard to write a review because there is so much I want to talk about, but all will give away too much of the story for future readers. Ugh. 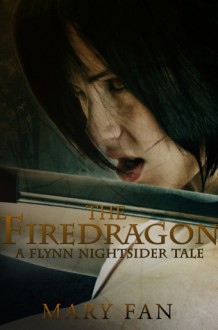 I have always been extremely impressed with the writing of Mary Fan, so when I was given the opportunity to read this book (and the next one), I was super excited. I read it months ago, and loved it, but every time I sat down to write a review of it, I just could not find the words. Still can't, to be honest. It is such a good story. Her character descriptions are so good, especially when it comes to her monsters. There are lots of dimensions to each person, and the adventure, though far from reality in her little worlds, are worded so well that you can almost see everything playing out before your eyes, can almost imagine yourself as the main character. I really like her little Firedragon and think that, as a young adult book, it should be on a lot of young folks' lists. 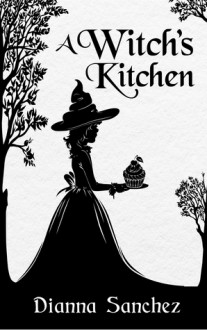 I have a fascination for children's books, especially when they are something that I would have read when I was younger. This one had all that I needed - a witch who had problems doing things right and lots and lots of cooking. There's adventure, and making new friends, and magic, and a school just for witch's (that reminded me a bit of HP) run by a dragon, and fun.

It was a cute story, but went more than just that. It teaches the reader how to survive the not-so-nice moments in life and the experiences that Millie went through were a lot of fun to read about. Watching Millie grow and figure out who she really is was sometimes funny and sometimes sad, and I highly recommend this book to anyone who has a middle school age child (or younger, if you're reading them chapter books) who is a little different and could use a story about someone who is like them.

Note: I received a copy of this book in exchange for an honest and unbiased review.