Log in with Facebook
or
Wrong email address or username
Sign up
Already on BookLikes? Log in!
Incorrect verification code
Please, check your email, the code to access your BookLikes blog was sent to you already.
Enter code:
« Back Send
back to top
Search tags: Reclusive-Thinking

My esteemed colleague, Nev Murray over at Confessions of a Reviewer held a little story contest to celebrate the anniversary of his blog....and guess who won the grand prize?

The Reclusive One himself!

Check out my winning story, narrated by none other than Chris Barnes, along with the fantastic stories by the other winners, and while you're there, bookmark Confessions of a Reviewer for future reference. Nev is one of my go-to sources for rock solid recommendations, and enthusiastic, insightful reviews. He's one of the best around.
Check him out.
You'll thank me soon enough.

Confessions of a Reviewer

Many thanks to Nev, Jo and Chris for everything.

1. Are you named after anyone?  My paternal grandfather, although, truth be told, dear old Dad couldn't spell worth a damn.

2. When was the last time you cried? The death of a favorite aunt.

4. If you were another person would you be a friend of yourself? Why not? I'm deplorably adorable.

6. Will you ever bungee jump? No. I'm not suicidal, and I wouldn't trust anyone who suggested I try it.

8. What's the first thing you notice about people? That they outnumber me.

13. Computer or television? Neither. I'm a reader.

14. What's the furthest you've ever been from home? San Francisco.

15. Do you have any special talents? Driving other people crazy. It's a gift.

16. Where were you born? Englewood, New Jersey.

17. What are your hobbies? Reading. Walking around, taking in the sights. A little writing. Exploring used bookstores and libraries. Hanging around with my furry little brother.

18. Do you have any pets? I have a dog. I've always had dogs, and always will. My furry family.

20. Do you have any siblings?  A furry little brother and two younger sisters.

21. What do you want to be when you grow up? That's a lost cause, but I've always wanted to be a librarian, or own a specialty bookstore.

Today's subversive selection is The Confidence Man by Herman Melville Originally published in 1857, this tale of a Mississippi steamer bound for New Orleans with a passenger who is not who he appears to be.....and he appears to be many things before all is said and done in this masterwork of misanthropy, deception and casual evil.

Though not traditionally considered a horror novel, novelist Michael McDowell called it "the most fundamentally unsettling, powerful, and influential book I have ever opened." He went on to say "According to Melville (and now according to me, too), the universe and existence are only a joke but dimly discerned. The punchline is garbled and all we know, while the cosmos' laughter clamors in our fevered brains, is that we are the butt of that joke."

Trivia Tidbits: The initial reception to this book was so poor, 38 year old Melville gave up writing and devoted the rest of his working life to being a customs inspector.

Both of Michael McDowell's quotes above were taken from his essay on The Confidence Man in Horror: 100 Best Books. 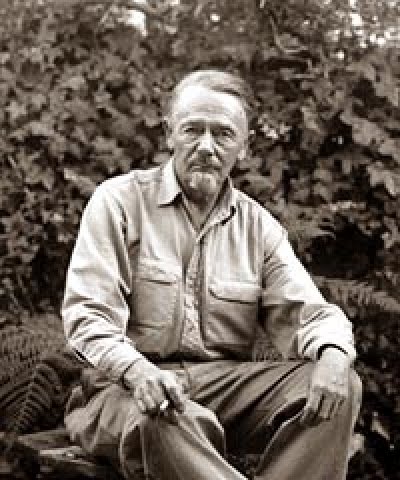 Poet, sculptor, painter, recluse and author, Smith was one of the "Big Three of Weird Tales", alongside Robert E. Howard and H.P. Lovecraft.
A member of the Lovecraft Circle, and friend of HPL, Smith's writing moved beyond the Cthulhu Mythos, creating a mythos all his own. From alien worlds to forgotten realms of our world's shadowy past, he wove tales from an "otherness" so personal, so powerful, they read more like witness statements than wild imaginings. Spanning fantasy to science fiction, with a healthy dollop of horror at the center of it all, written in a voice that is unique in literature, casually creating visual vistas of worlds unknown, and "a style so purple it sloshes over into the ultraviolet" ( Harlan Ellison ).

Largely forgotten today, Smith's work never really underwent the "rebirth" that Lovecraft's did. And while his former mentor and friend is now having his legacy torn to pieces by the bookburners of the New World Order, including a movement to strip his visage from the World Fantasy Award, Clark Ashton Smith quietly waits to be remembered.....and perhaps take the place of the Dark Dreamer of Providence until sanity is restored and they can both share the limelight they so richly deserve.

Here's a bit of recommended reading: The Arkham House edition of Lost Worlds ( pictured above) features a jacket photograph of four of Smith's sculptures. Originally published in 1929, this surreal work of high seas horror is unrepentently dark, suggesting that we are beyond hope of redemption when confronted with genuine evil, for that evil feeds upon the evil within ourselves.

Trivia Tidbits: Visiak, though largely forgotten, is best remembered as an authority on John Milton.
This book was chosen by none other than Karl Edward Wagner as his selection for Horror: 100 Best Books.